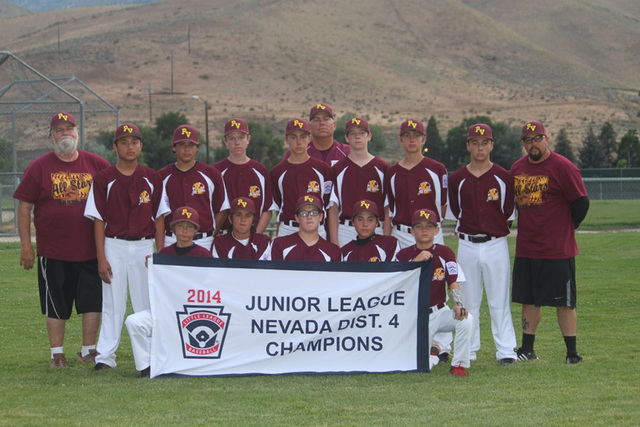 John Walker took his 12-14 year old Little League all-star team to Carson City. It was the first time the Pahrump Little League had sent a team to the state tourney. The team went 1-3.

According to Walker, the team is one step away from making it to the Western regionals in San Bernardino, but they have some minor problems to take care of.

When asked what the major problem was, he replied, “We need to have quality pitching to win in Carson.”

This seems to be a matter of experience and was one reason a traveling summer team was established for younger kids in Pahrump.

This was started last year to give Pahrump Little League teams the edge they needed to beat teams in Las Vegas.

In general, the Las Vegas teams play baseball all year. The team who wins San Bernardino goes to Williamsport, Pennsylvania for the Little League World Series.

“I am proud of this award because whenever Pahrump goes anywhere to play at any level we are always respectful and show great sportsmanship and this award exemplifies who we are in Pahrump,” Walker said.

Walker has been coaching for 30 years and has coached 105 teams in his career. His son Tom Walker is continuing the family tradition by coaching the junior varsity high school team.