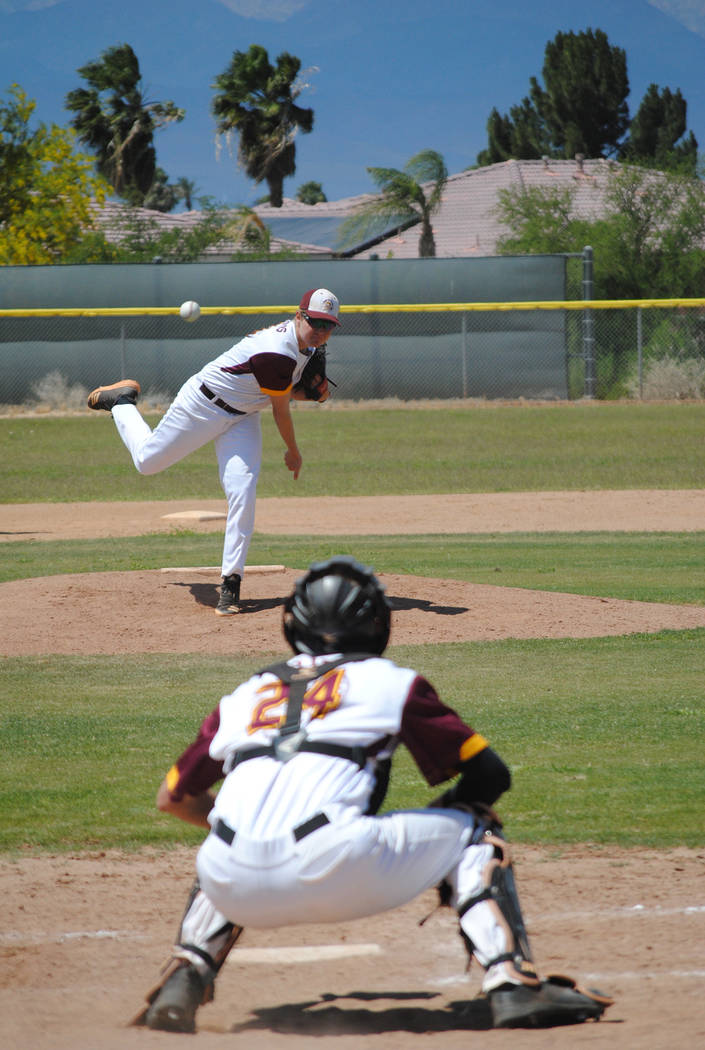 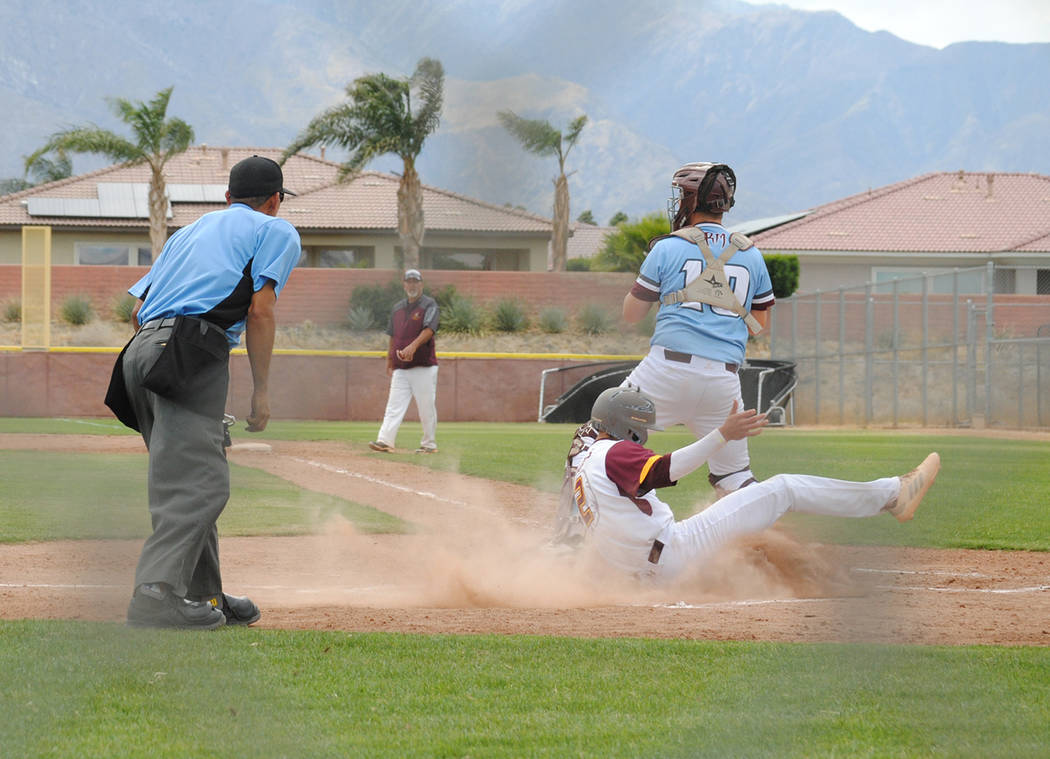 How thorough was the Pahrump Valley High School baseball team’s domination of Valley on Wednesday?

Leadoff batter Joey Koenig went 3-for-3 with a double, 3 RBIs and 3 runs scored. In the first inning.

Jalen Denton went 2-for-2 with a triple and 3 runs scored in that inning, while Zach Trieb stroked a 2-run single, Cyle Havel had 2 hits and scored twice, and Jake Riding threw three hitless innings as the Trojans won an 18-0 laugher over the Vikings in Las Vegas.

There was better competition in California, where the Trojans won their first three games in the Coachella Valley Rotary Tournament at Rancho Mirage High School before falling apart in the fourth.

“It was pretty good,” Pahrump Valley coach Brian Hayes said of the competition in California. “Honestly, I was expecting a little better, but it was above where our league is. It was a good tournament for us to get some experience and work on some things we needed to work on.”

On Monday, the Trojans handled Indio 5-0 and Rancho Mirage 6-3. In the opener against the Rajahs, the Trojans made 4 first-inning runs stand up behind the 2-hit pitching of Havel, who also drove in 3 runs. Havel, Denton and Tyler Floyd had 2 hits apiece.

Against the Rattlers, a 3-run fifth inning propelled the Trojans. Dylan Grossell drove in 2 runs, while Koenig, Roman Roberts, Denton and Willie Lucas each had 2 hits. Jalen Denton allowed 1 earned run to get the win, with relief help from Koenig in the seventh.

In a 10-2 win over Coachella Valley on Tuesday morning, a 5-run first inning set the tone for the Trojans. Nico Velazquez went 2-for-3 with 3 RBIs against the Arabs, while Chase McDaniel drove in 2 runs. Grossell and Ryan Braithwaite handled the pitching duties.

“Our pitching was pretty good,” Hayes said. “Havel pitched a great first game. Jalen had a good outing. Dylan Grossell threw three innings and did pretty well, and then Ryan Braithwaite gave us four really good innings, which we were really impressed with. Then the last game Zach Cuellar pitched, and he pitched pretty well, but we made like seven errors.”

The second game Tuesday was a disaster. With temperatures soaring into the 90s for the first time during a game this season, the Trojans wilted badly, falling 9-0 to Brawley.

The Trojans did make 7 errors, as 4 of the 7 runs charged to Cuellar were unearned. The Trojans managed just 4 hits, a Lucas double and singles by Koenig, McDaniel and Havel.

“We talked to the kids about struggling that fourth game,” Hayes said. “I think it was just a matter of back-to-back doubleheaders, which rarely are you going to see except maybe a Friday/Saturday during the playoffs, but we might see it so they need to get ready, and it’s going to be a lot hotter in May when we get to regions.

“It was a long two days, and then the heat came. Honestly, I got in the truck and my wife drove me home and I was asleep in five minutes, and I was standing in the dugout not out there on the field.”

Next up is a key league game today against Del Sol at home. The Dragons (9-10, 5-2) handed the Trojans their only league loss, so staying ahead of them in the standings and evening the head-to-head record is important for postseason seeding.