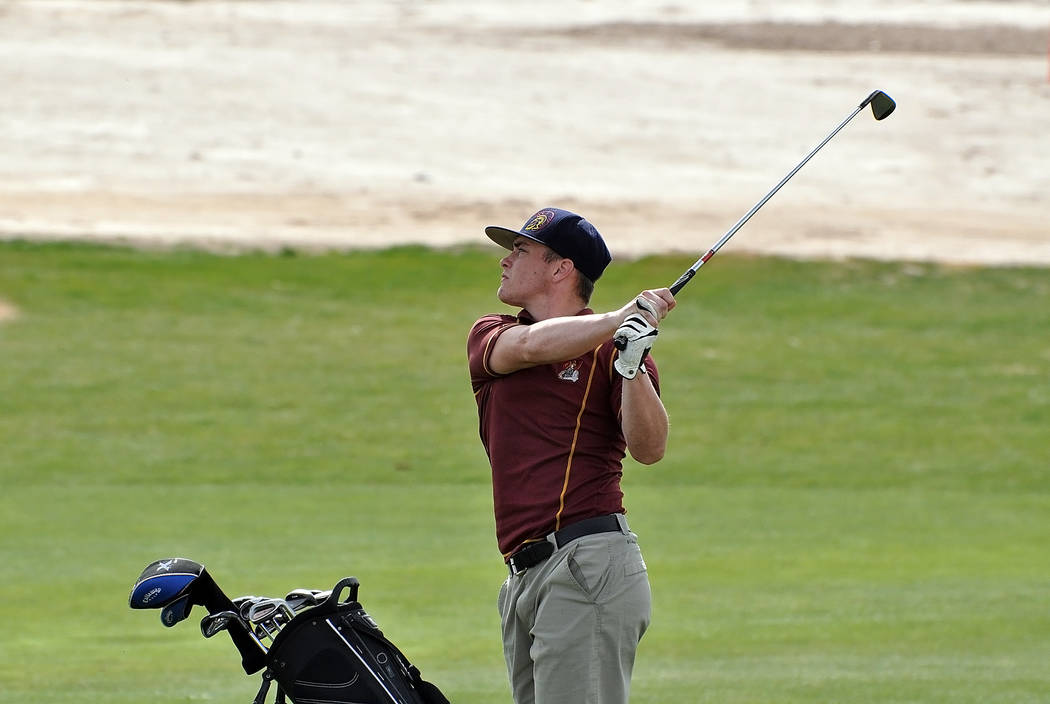 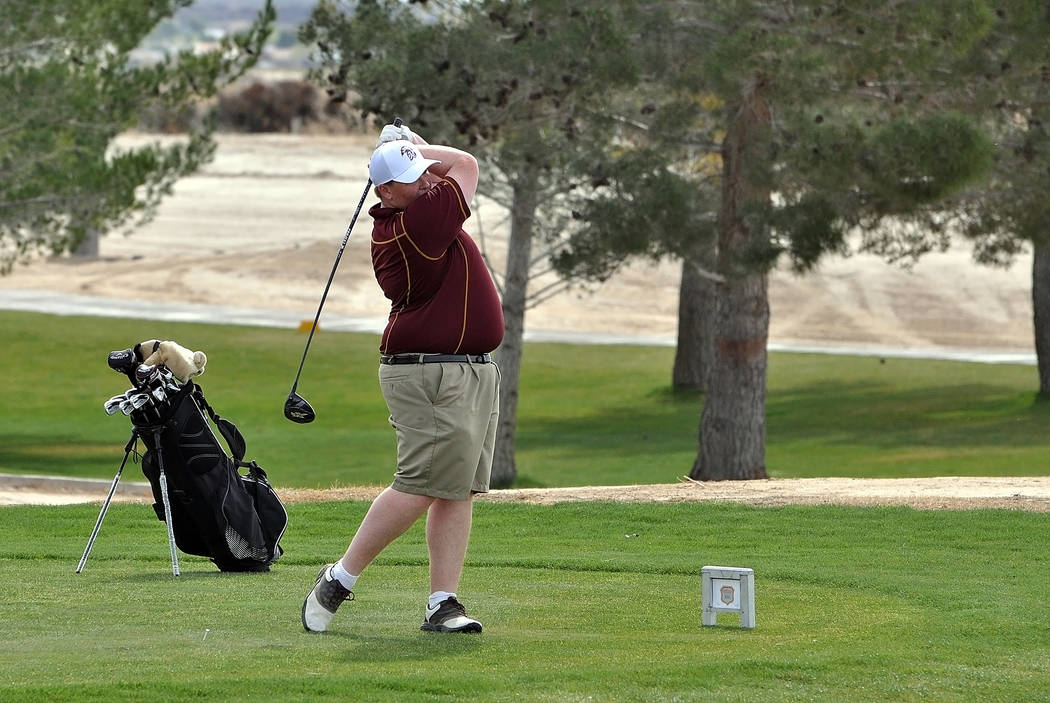 Horace Langford Jr. / Pahrump Valley Times Michael McDougall shot a 196 for two days of golf on Wednesday and Thursday at the Southern Nevada Invitational at the Southern Highlands Golf Course in Las Vegas.

Trojans boys golf had a busy three days last week as they competed in one invitational and a Sunset League match.

The Trojans were at home at Mountain Falls on April 17 and took the Sunset match, beating Western 438 to 595.

The Trojans were at the Southern Nevada Invitational on Wednesday and Thursday at Southern Highlands golf club for two rounds of golf with some of the top golfers in the region.

The top scorer was golfer Dylan Fritz from Coronado High School and he shot a 5-over par 77 on Wednesday and a 66 on Thursday for a 143. Ancell shot a 149 for the two-day tournament.

The other top golfers for Pahrump at the two-day tourney were Kolby Lindberg (178), Case Murphy (186), and Michael McDougall (196).

Hopkins was satisfied with the scores considering there were high winds on both days of the invitational.

“We had some bright spots. Southern Highlands is really tough,” the coach said. “Kolby shot a low score of the year. We took five kids and counted four. Craig Moore had a bit of trouble for he kept hooking. It was a tough two days. The wind raised havoc with every part of the game.”