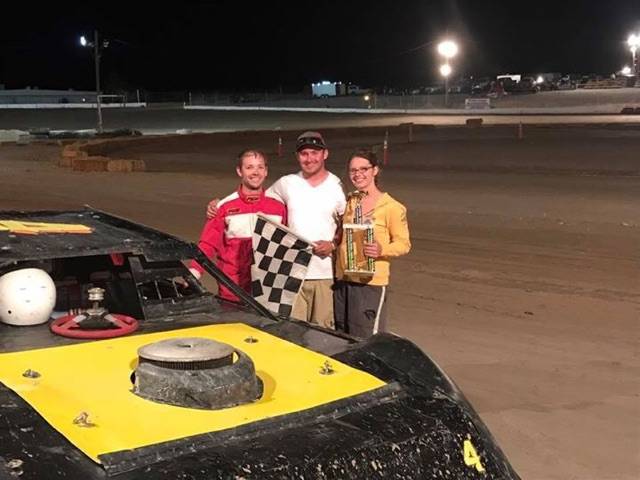 Special to the Pahrump Valley Times Nick, Brandon and Amanda Nash pay tribute to their father, Steve Nash, who passed away on May 12, by racing his car. 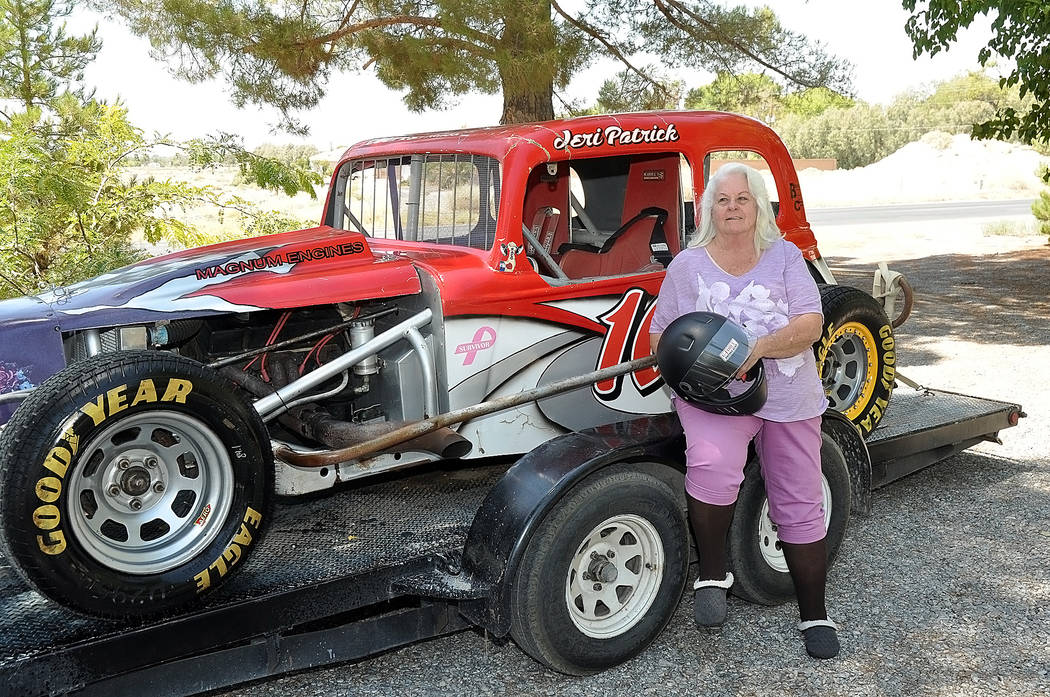 Horace Langford Jr./Pahrump Valley Times Jeri Patrick is the oldest racer at the Pahrump Valley Speedway and drives in the Coupe class. Her husband of 30 years, Bryon Patrick, passed away on March 19 and this was the first time she has raced since his passing. 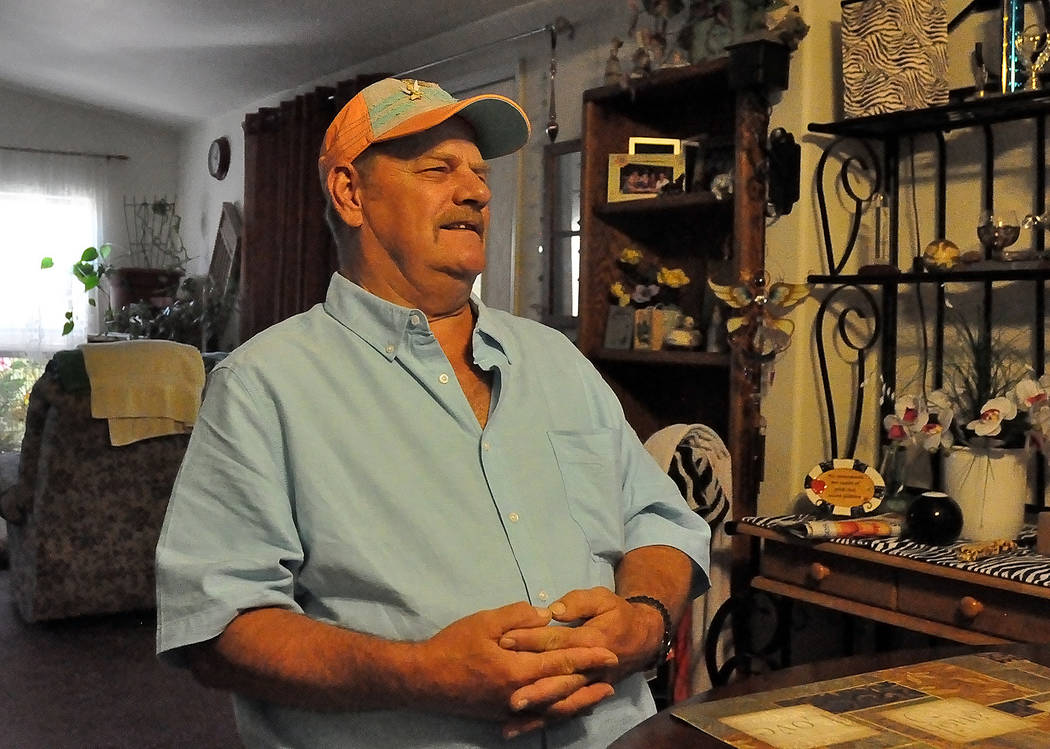 Pahrump Valley Speedway racer Jeri Patrick returned to the speedway after a tragic loss, winning in her first race.

Patrick, at 74, didn’t know if she was going to race again after her husband and crew chief, Bryon Patrick passed away on March 19 of a heart attack at 61. The death of her husband of 30 years was hard to overcome. Bryon Patrick is also what kept Jeri racing these past three years since he did the repairs on the car.

His passing was a complete surprise.

“He just went out after a family party to smoke,” Jeri Patrick said. “The rest of the family was gone, and he never came back in. I went out to check on him and he was sprawled out on the floor. I had to administer CPR but he never regained consciousness.”

But despite racing being in the family blood, it was far from her mind after her husband’s passing.

“I wasn’t going to race after Bryon passed,” she said. “My kids changed my mind. His passing brought us all closer together. My son Robert (Smotherman) said, ‘Mom, you know he would want you to continue racing.’ And he said he would help me with my car, which is what Bryon did.”

Robert Smotherman agreed with his mom.

“Racing has brought the family closer and has kept us together,” he said.

Jeri Patrick agreed to come back to racing, but she knew it would just be part time.

“My time has passed,” Jeri Patrick said. “My son has his own children to think of and his son’s car to get ready. My racing will be less competitive and more for the family bonding.”

After a two-month break, the whole family came out to watch Jeri Patrick return to the track on Saturday. She raced in the Coupe class and took first place out of three cars.

“I just put the pedal to the floor and took off,” Jeri Patrick said.