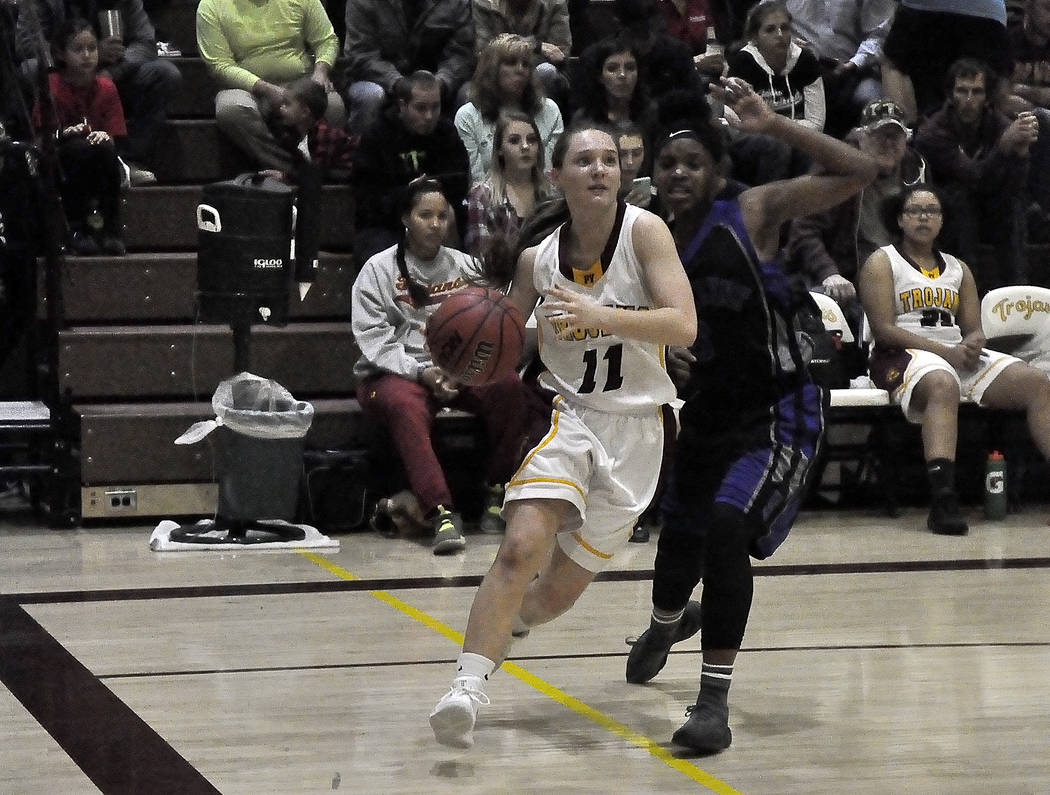 Horace Langford Jr./Pahrump Valley Times Jackie Stobbe of Pahrump Valley High School is shown with the ball in a Jan. 19 game against Cheyenne. Entering this week, Pahrump Valley's record stood at 12-4 overall and 2-2 in the Class 3A Sunset League. 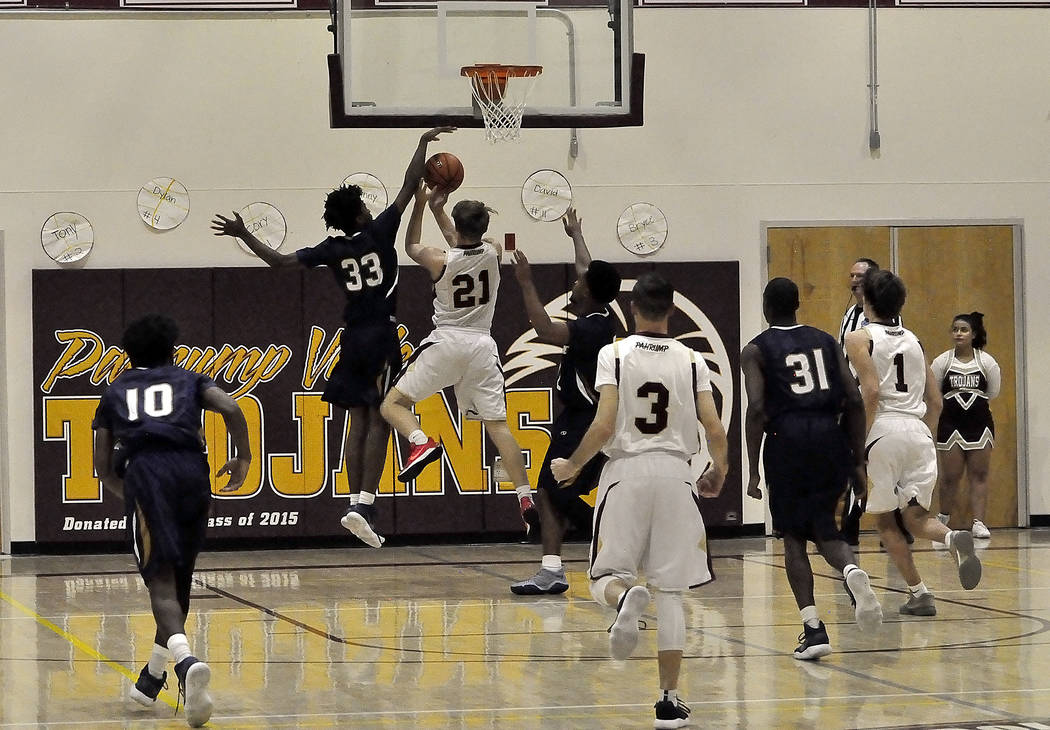 Horace Langford Jr./Pahrump Valley Times Pahrump Valley's Brayden Severt is shown in action in a Jan. 19 game against Cheyenne. Both the boys and girls teams at Pahrump Valley play at home on Friday, Jan. 26. 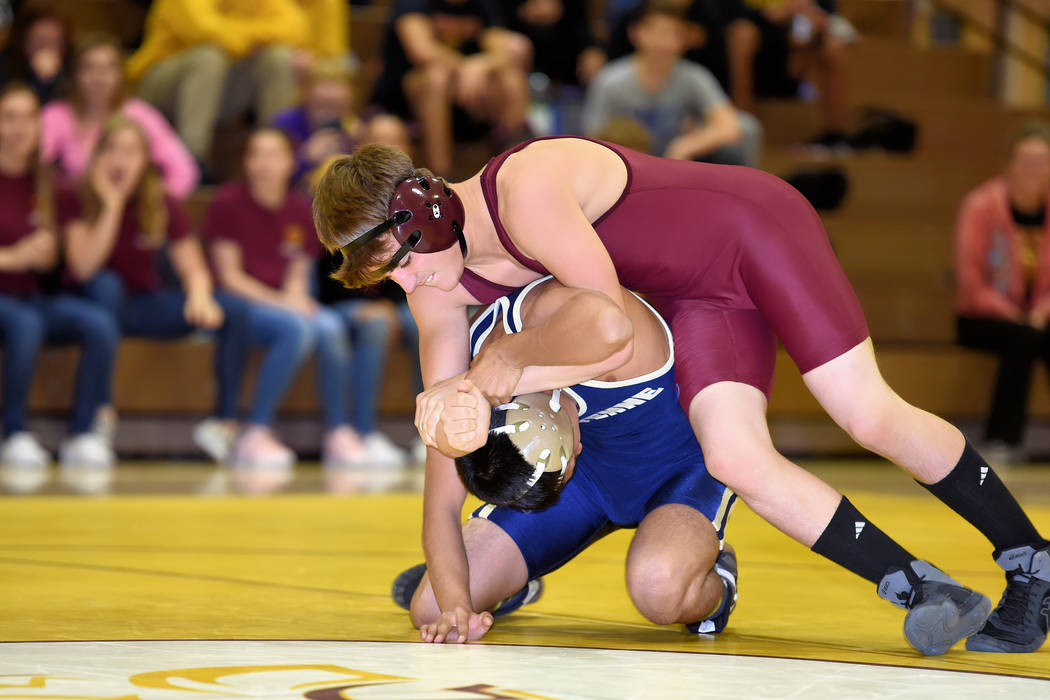 Peter Davis/Special to the Pahrump Valley Times The Pahrump Valley Trojans defeated Sunrise Mountain 72-12 and Western 60-17 in recent matchups. This photo was taken earlier this month when the Trojans faced off against Cheyenne.

Pahrump Valley High School’s basketball and wrestling teams are in a busy stretch of their schedule as January’s final weekend approaches.

Teionni McDaniel led all scorers with 18 points as the Cheyenne Desert Shields defeated the Pahrump Trojans 53-38 in a Jan. 19 matchup in Pahrump.

Kathryn Daffer led the Trojans with eight points in the game.

The loss put Pahrump Valley’s record to 12-4 overall and 2-2 in the Class 3A Sunset League. The girls team was No. 2 in the latest Class 3A rankings by the Las Vegas Review-Journal.

In the boys game, also in Pahrump on Jan. 19, Cheyenne defeated Pahrump Valley 73-39.

With the loss, Pahrump Valley fell to 6-11 on the season and 1-3 in the Sunset League.

The boys played at Western on Tuesday night ahead of a home game scheduled for Friday against Sunrise Mountain. Tipoff is at 6:30 p.m.

The Lady Trojans schedule this week included games at Western on Tuesday and a home game set for 5 p.m. Friday against Sunrise Mountain.

The wrestling team at Pahrump Valley High School traveled to Sunrise Mountain High School, where the Trojans earned victories against the Miners along with the Warriors of Western High School.

The Trojans were set to play the Desert Pines Jaguars at home on Tuesday, Jan. 23, followed by a trip to Mojave for a Thursday, Jan. 25 matchup.

Check the Pahrump Valley Times and pvtimes.com for updates on the teams’ results.