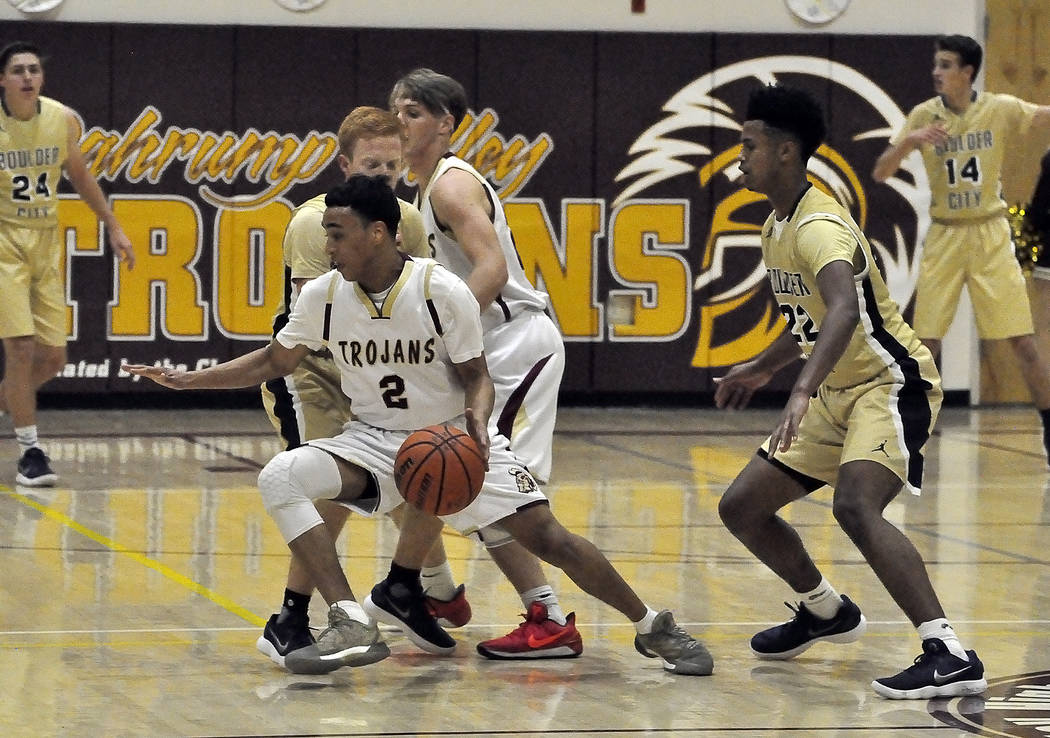 Horace Langford Jr./Pahrump Valley Times Antonio Fortin of Pahrump Valley is shown in action earlier this week against Boulder City. Later in the Fortin led four players in double figures with 21 points as the Trojans stunned the Sunridse Miners 71-62. The Trojans are at home tonight against Bonanza. 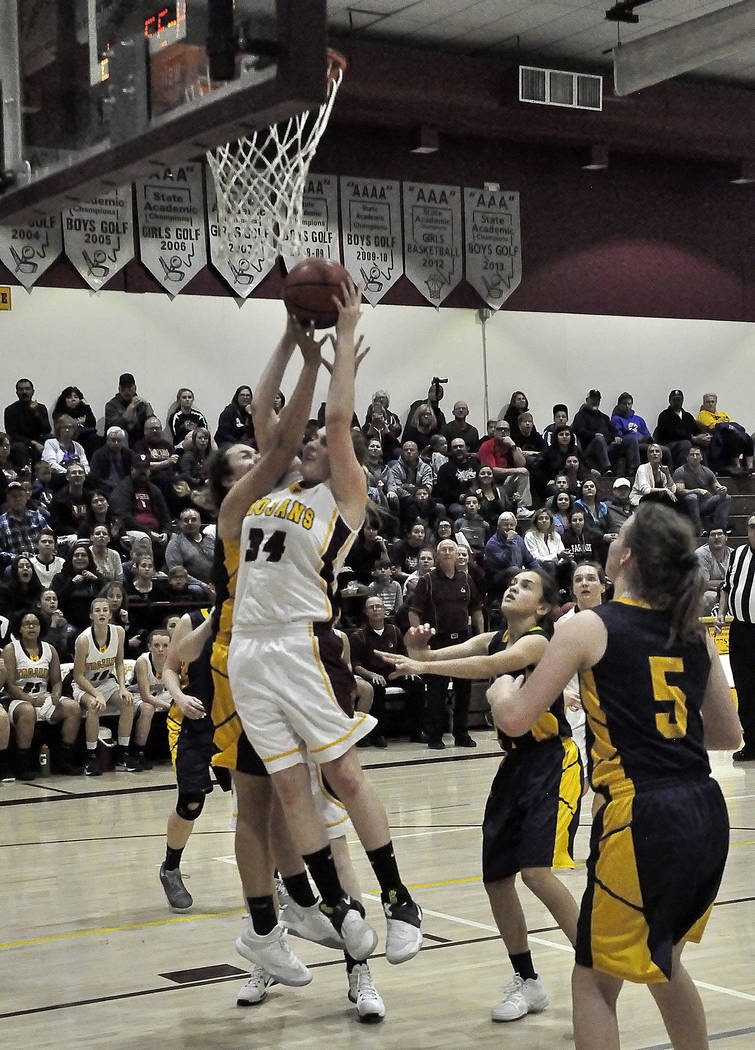 Horace Langford Jr./Pahrump Valley Times Pahrump Valley's Kylie Stritenberger (in white uniform) is shown playing against Boulder City this week. She had 12 points in that game. The Trojans are at home tonight against Bonanza. 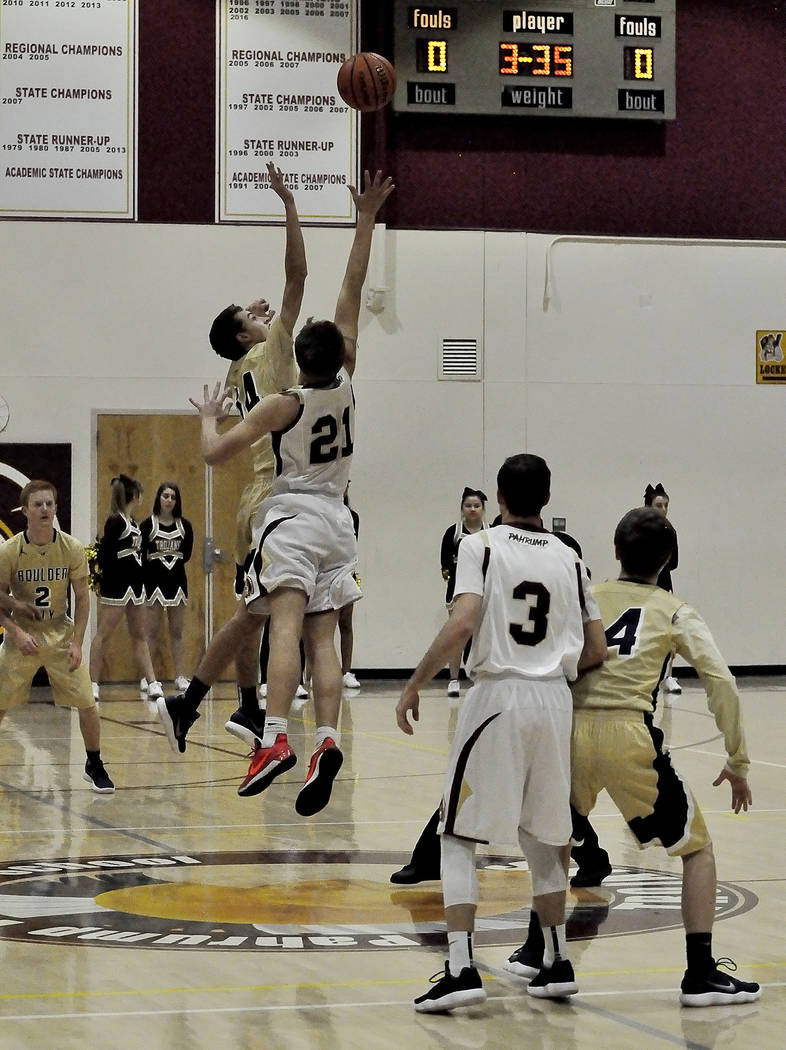 Both the boys and girls basketball teams at Pahrump Valley High School came away with impressive wins on the road at Sunrise Mountain.

In the boys game, Antonio Fortin led four players in double figures with 21 points as the Trojans stunned the Miners 71-62 on Tuesday night.

Bryce Odegard and Cory Bergan each had 12 points, and Chance Farnsworth scored 11 for Pahrump, which led 61-36 after three quarters.

Steven Adeyemi scored a game-high 25 points for Sunrise Mountain. Dalvin Brown had 12 points, and Tyree Hayes supplied 10 for the Miners.

Also at Sunrise Mountain, Samantha Runnion scored 18 points to power the Trojans past the Miners 37-32 on Tuesday.

Kylie Stritenberger had eight points for Pahrump, which raced out to a 20-13 halftime lead.

Cheryl Edenfield and Esmeralda Balbuena each had six points to pace Sunrise Mountain.

Both Pahrump Valley teams were playing their second games in two nights.

On Monday at home, Kylie Stritenberger had 12 points to lead Pahrump Valley’s girls basketball team to a 26-24 home win over Boulder City in a historic win for Trojans Coach Bob Hopkins.

Both Pahrump basketball teams are at home tonight against Bonanza High School. The girls game is set for 5 p.m. and the boys at 6:30 p.m.

On Thursday night, both the boys and girls teams had games against the Rattlers of Mojave High School.

The wrestling team at Pahrump Valley High School kicked off 2018 by hosting a set of duals against the Cheyenne Desert Shields on Tuesday.

Check the upcoming Pahrump Valley Times for more on the wrestling team and the results of Thursday’s basketball games.