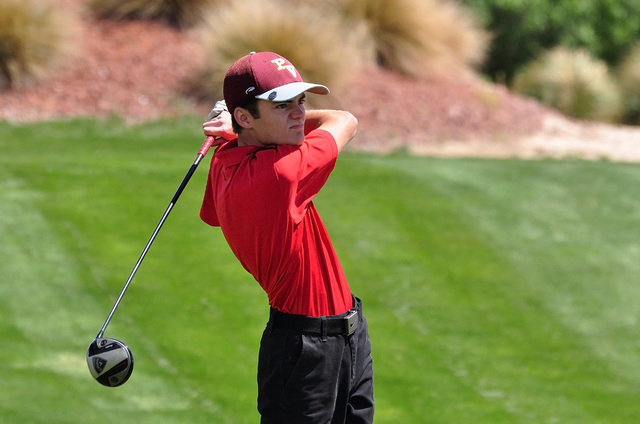 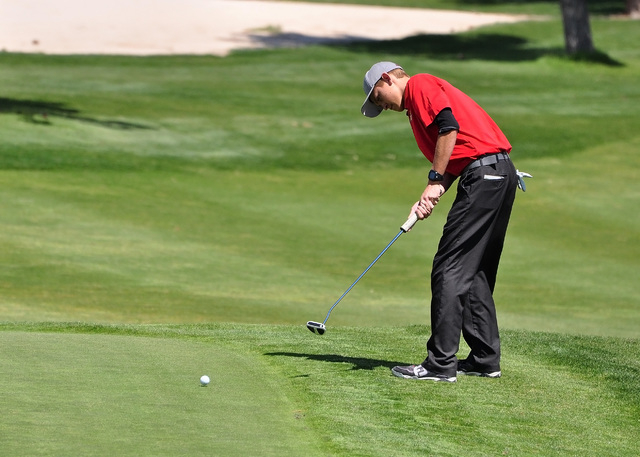 Trojans coach Robert Hopkins was pleased with the win as the Trojans team carded a 412 to the Eagles’ 441.

Everybody has had their good moments but they have all also had some big numbers, which killed us,” Hopkins said. “On the bright side, we shot our lowest round of the season yesterday, 412.”

Ancell and Moore were grouped with the two top Eagles golfers in the match, Kyler Atkinson and Cade Neilson. Ancell had a rough start on the first hole, having to take a penalty shot, which led to a bogey. He then parred the next hole and birdied the third hole to take a one-stroke lead against Atkinson. Ancell kept the pressure on throughout the match and Atkinson in the end couldn’t overcome the one-stroke lead by Ancell.

“We played better yesterday at times, but still had some mistakes,” the coach said. “Derek played really well yesterday and I believe he can play like that at any time.”