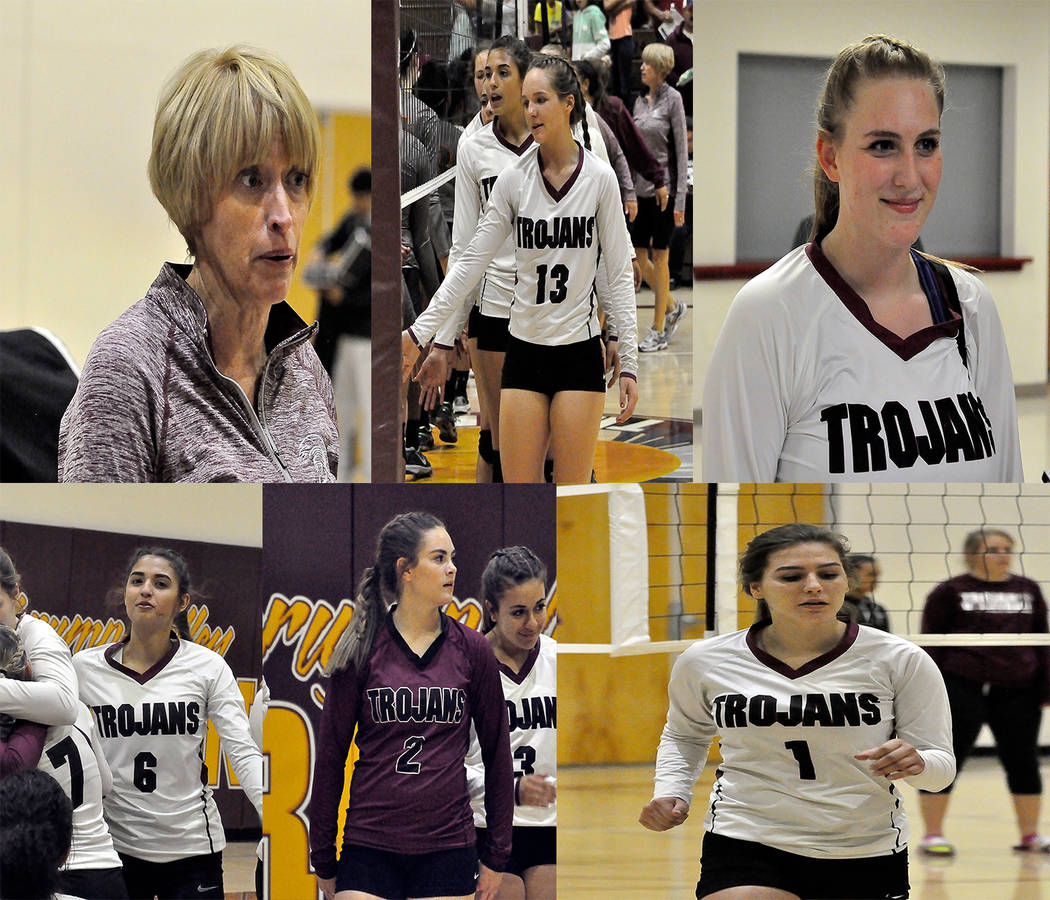 The team came away with league honors for all their hard work and dedication.

For the second year in a row, Coach Jill Harris received the Sunset League coach of the year award. She did her magic and shaped the team into a playoff team.

Larry Goins, Trojans athletic director, said Harris is old school in that she puts a very high priority on having her players perform the fundamentals of the game.

“They spend a great deal of their practice time working on them,” Goins said. “She also holds all of her players to a very high standard. Couple that with the fact that they have fun playing the game and that the players are seeing themselves improve while enjoying the process. This is a great formula for success. It is the same every year!”

“She is positive with the kids and has high expectations for the kids and they expect to win with her,” he said. “Harris works hard and puts the time in and the more they play the better they are.”