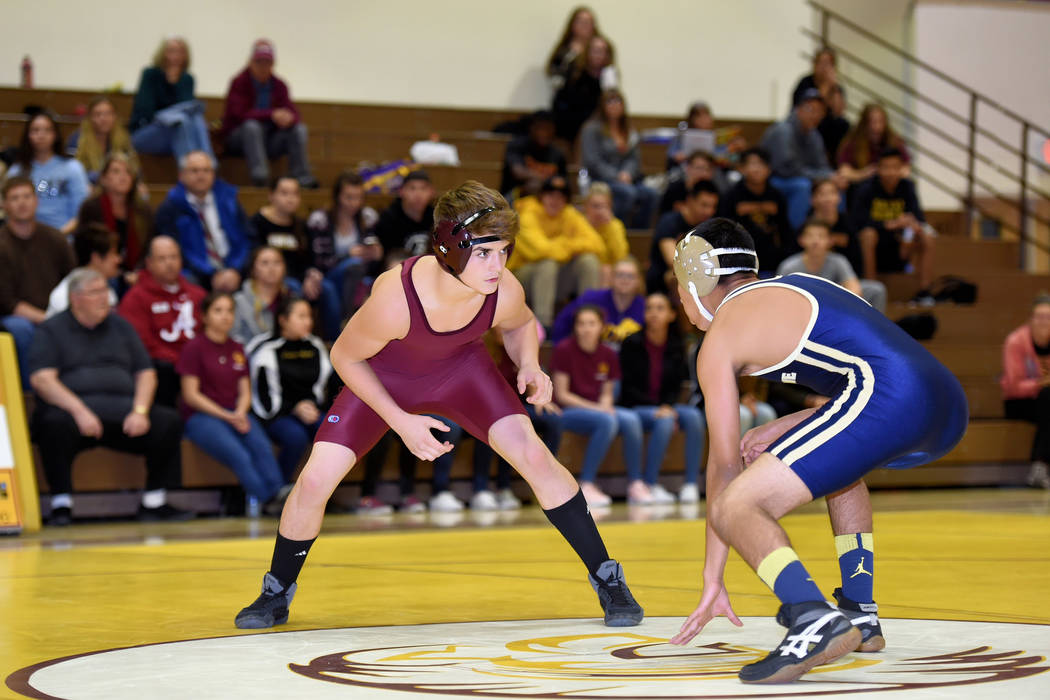 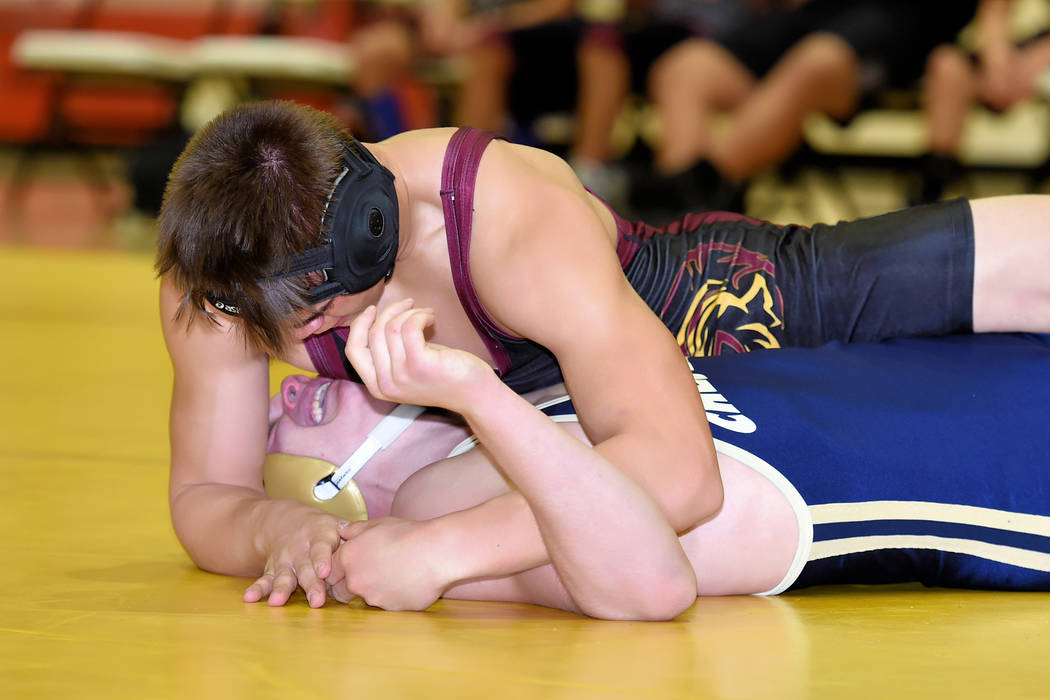 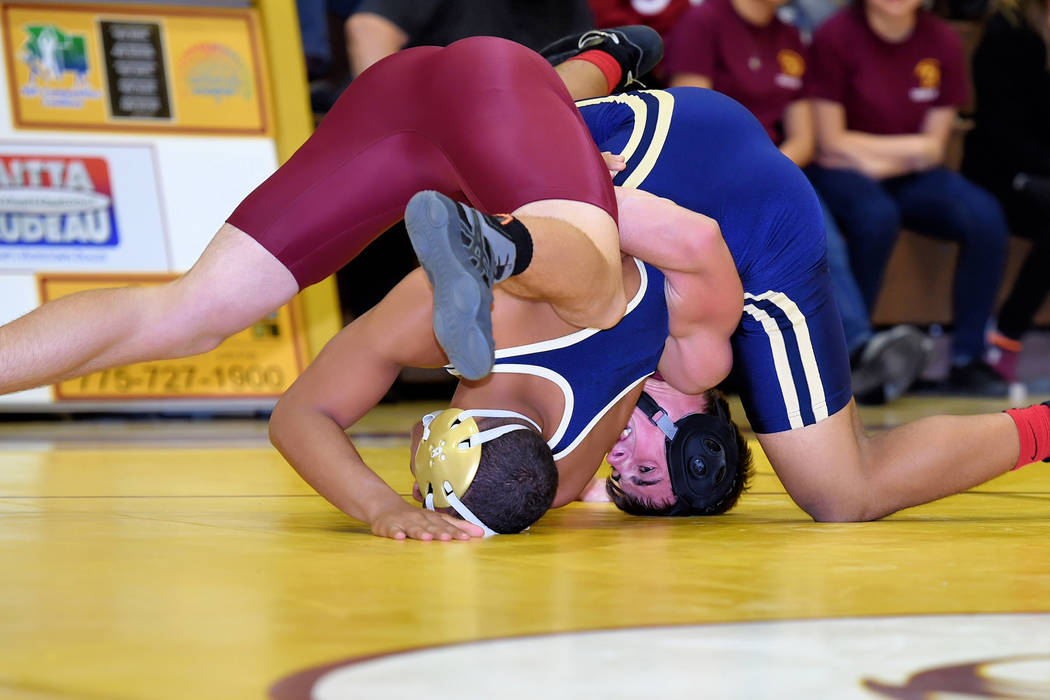 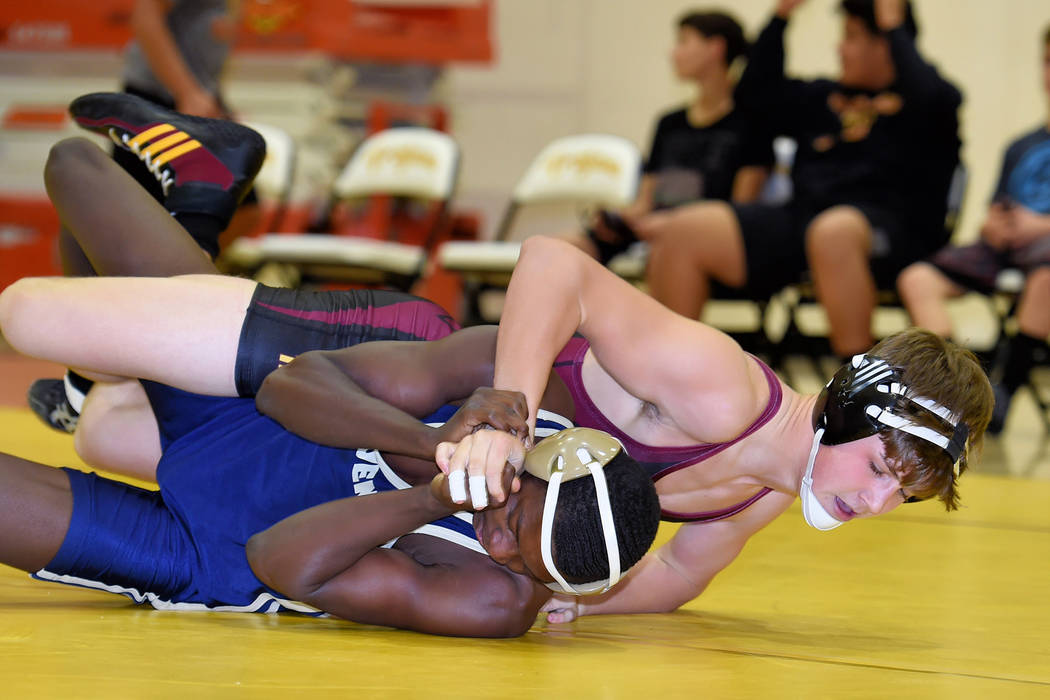 A Pahrump Valley High School wrestling room banner reads, “The one true sport you get back what you put in.”

This banner has hung in the room for several years. Class after class of wrestlers have come in and trained under those words.

The championship banners that hang in the wrestling room show that those words ring true.

Rieger said in a recent interview, “We’re doing well right now … Our goal is to win (the) conference, and our boys are wrestling well.”

The wrestling team competes in the Class 3A Sunset League. Other teams in the Sunset League include Mojave, Cheyenne, Desert Pines, Sunrise Mountain and Western.

Both freshmen on the Trojans varsity team have shown a lot of skill on the mat and have been shown to be leaders on the team.

Both of these athletes are looked at to help the Trojans not only this season but also throughout their entire high school careers.

Multiple members of the Pahrump Valley wrestling team have been putting in long hours in the weight room and on the mats too.

“We have other wrestlers doing well,” Rieger said. “We’re just taking it one match at a time.”

Seniors on the team are competing at a high level.

“Cole Walker has probably made the most improvement at 182 pounds,” Rieger said. “He’s doing well this year. Morgan White … looks good at 220 (pounds).”

Today and Saturday, Pahrump Valley is scheduled to compete in the Chaparral Invitational at Chaparral High School in Las Vegas.

The Trojans compete at home at 6 p.m. Tuesday, Jan. 23 against Desert Pines in a Sunset League matchup.