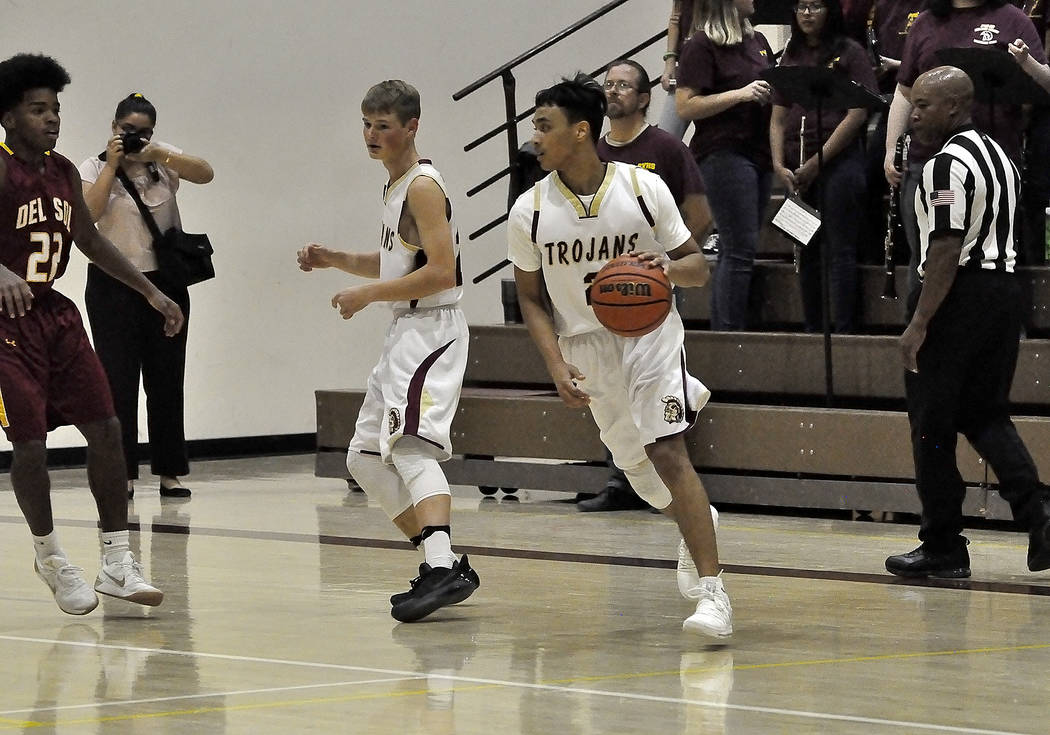 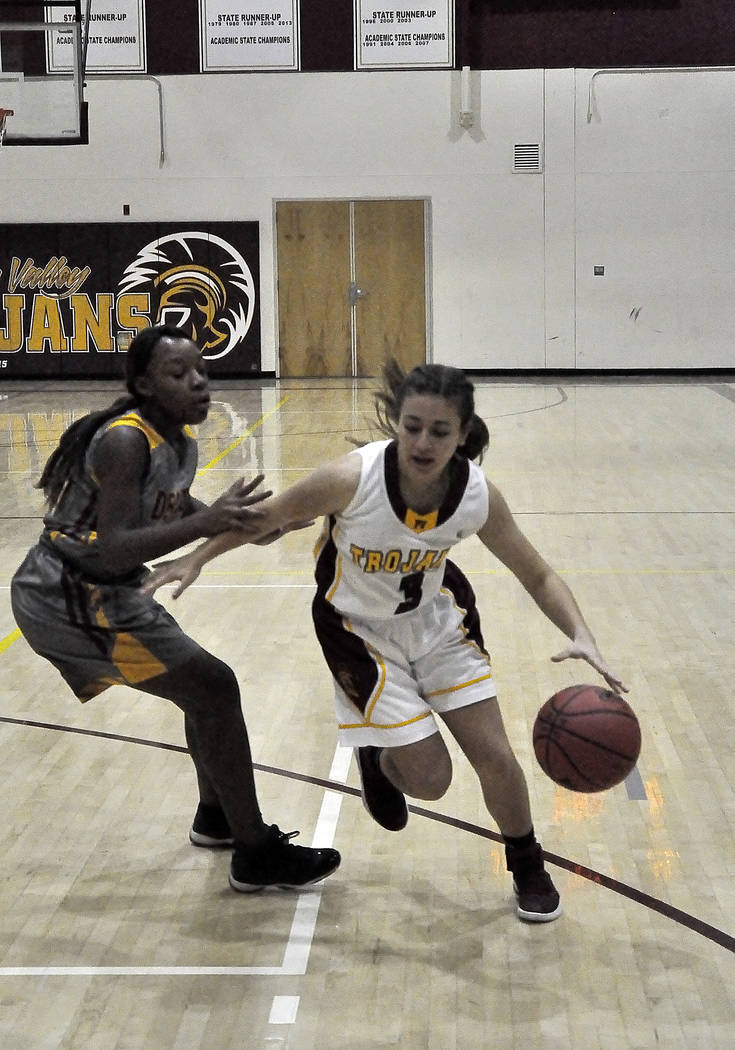 Horace Langford Jr./Pahrump Valley Times Pahrump Valley's Virginia Weir is shown with the ball in a game earlier this season. On Dec. 16, Virginia Weir hit a 3-pointer at the buzzer on Saturday to lift Pahrump Valley’s girls basketball team to a 45-43 win over Moapa Valley in the championship game of the Bulldog Invitational in Mesquite.

Though students are on winter break for the holiday season, athletes at Pahrump Valley High School are still hard at work and winning.

On Dec. 16, Virginia Weir hit a 3-pointer at the buzzer on Saturday to lift Pahrump Valley’s girls basketball team to a 45-43 win over Moapa Valley in the championship game of the Bulldog Invitational in Mesquite.

The Lady Trojans trailed 39-33 entering the fourth quarter but limited the Pirates to four points in the final period.

Also at Mesquite in Pahrump Valley’s 32-31 win over Virgin Valley, the Trojans edged the Bulldogs in overtime in the semifinals of the Bulldog Invitational. Stritenberger scored nine points to lead Pahrump.

Heading into Christmas, the Pahrump Valley girls basketball team was 8-2, coming off a 3-0 performance at the Lady Bulldog Invitational in Mesquite. The Trojans had a 10-point win over Wells High School.

The Trojan girls will be at home again to play their next game against Boulder City High School at 5 p.m., Jan. 8.

In other sports, the Trojan wrestling team recently competed in the Patriot Duals at Liberty High School.

The Trojans will host their next duals against the Cheyenne Desert Shields at 6 p.m., Jan. 9.

This will be the first league dual of the season. The Trojan boys basketball team was set to take on Word of Life High School on Tuesday in the Vegas Invitational tournament. The Trojans have a 3-4 record going into the tournament.