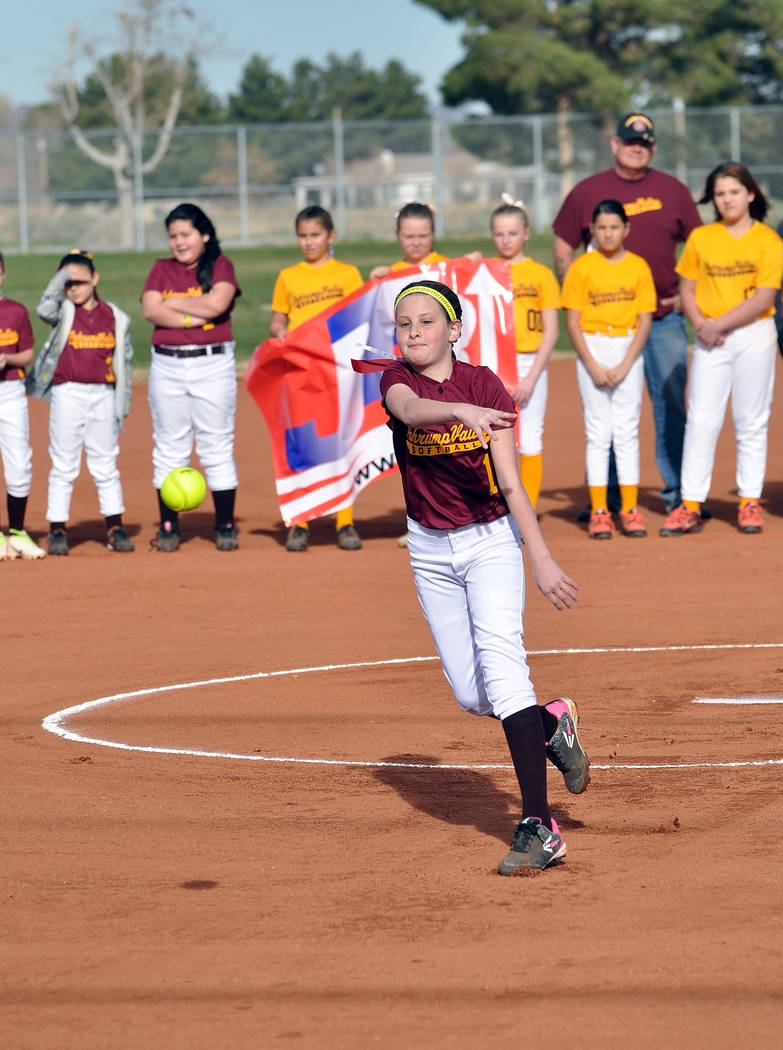 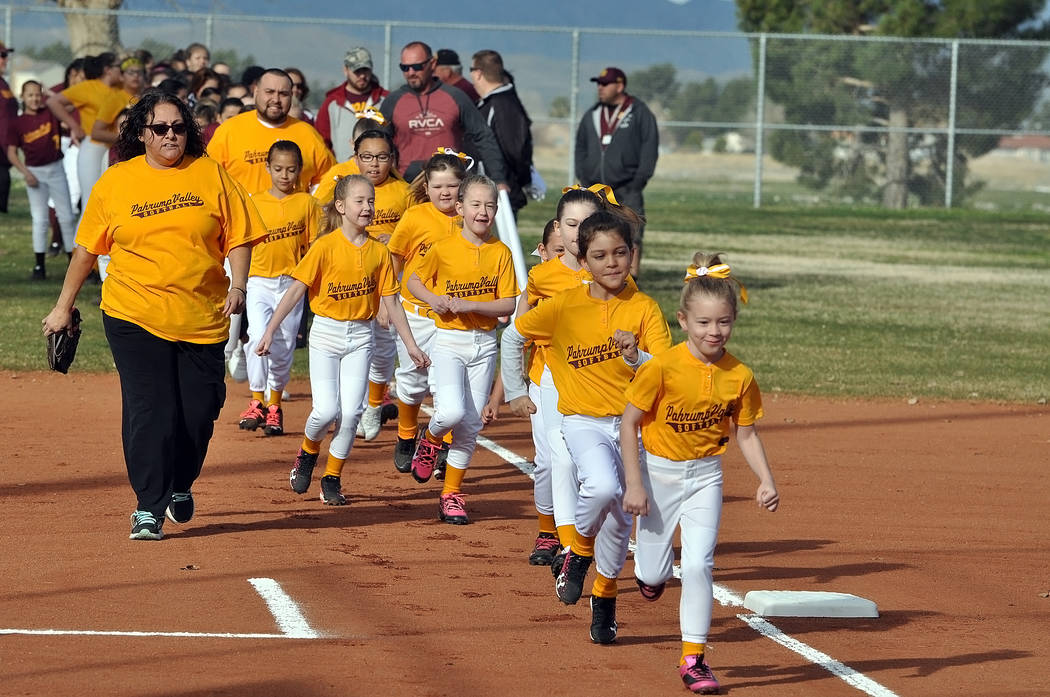 The Pahrump Youth Softball Association had its ceremonies on Saturday to open the season. Over 80 players took to the field to celebrate opening day. Horace Langford Jr. / Pahrump Valley Times 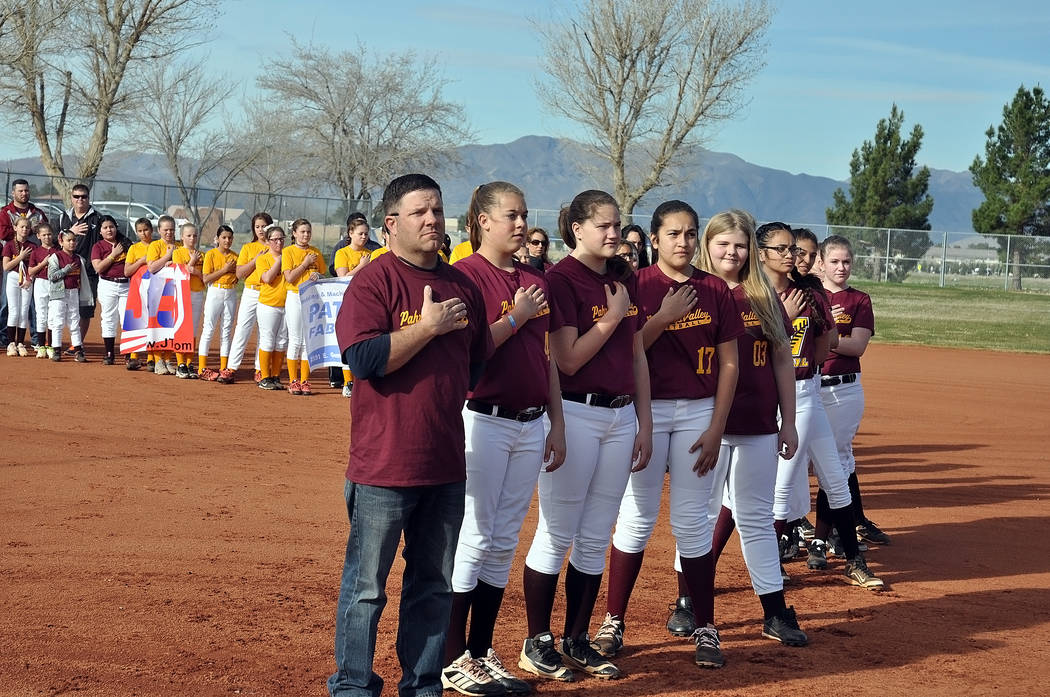 The Pahrump Youth Softball Association opened their season on Saturday with 80 girls this season.

Dominic Sandoval, the president of the association, said everyone has been working hard to increase numbers.

“We lost a few girls to high school ball this year,” Sandoval said. “But we picked up a lot of young girls for the future.”

“I am excited this year,” he said. “The 12U girls are really good this year and have a great bunch of coaches. We can expect some good quality teams this year and we will be concentrating on the fundamentals for the 8U and 10U teams.”

Sandoval said the 8U teams and 12U teams will have some games here in Pahrump, whereas the 10U team and 14U team will be playing against Las Vegas teams.

Sandoval’s dream is to have some 6U teams.

“It has been five or six years since we have had one,” Sandoval said. “Our goal this year is to keep growing. We have a lot of new girls, so we want to keep them coming out for softball and that means we have to make it fun and enjoyable so they return next year.”