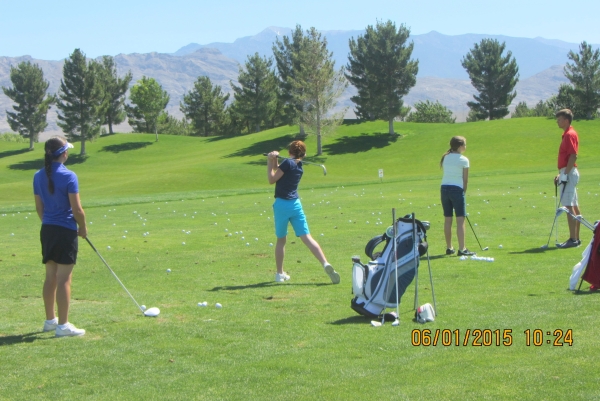 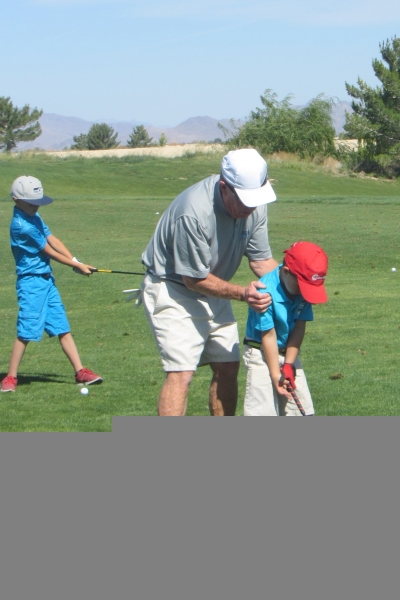 The Professional Golf Association Junior Golf League had a successful summer in its first year in Pahrump.

According to the Director of Golf at Mountain Falls, Jason Pomroy, PGA Junior Golf is basically the Little League of golf. This year Pahrump fielded a team of 14 junior golfers from ages 7-13. The league ran from the end of May until the first week of July.

Pomroy said the team played in a 16-team league and finished in fourth place.

The cost was $150 per child and this got each member a uniform, a sleeve of golf balls, a hat, six tournaments and 10 practice sessions of individual coaching. There were three home tournaments at Mountain Falls and three away in Las Vegas.

“The spots on the team went quickly,”Pomroy said. “We just didnât have enough of them. I am excited about this program here and I think it will continue to grow.”

Pomroy believes the league will grow to 30 teams next year and he said he wants to add another team in Pahrump.

“This year we did this league to grow the sport in the valley,” he said. “This was good for that, but the Las Vegas teams are very competitive and they were out to win. That’s why I see us going to two teams next year.”

Pomroy hopes that two teams will allow for one experienced team and one for beginners.

Pomroy said with help from the Pahrump Junior Golf Association’s president Frank Cox, he hopes to get that additional team.

The Pahrump Valley Junior Golf Association also runs a similar program which runs concurrent with the PGA program. The junior golf program runs from June to the end of July and has tournaments every Monday.

“Frank knows the kid golfers out here and he helped me out a lot, but we just didn’t have room enough for everyone this year,” Pomroy said.

“Frank told me that he saw some big improvements in his golfers with the additional golf,” Pomroy said. “I had a good time watching the kids grow this summer.”

Cox agrees with Pomroy and that the demand for a second team is there.

“The program is just so good,” he said. “One female golfer, Breanne Nygaard, who is 12, improved so much that she was invited to the American Junior Golf Association tournament in Phoenix, Arizona.”

He said that the PGA Junior Golf had 30,000 golfers nationwide this year and he believes it will continue to grow next year.

“We probably will see that number grow to 50,000 next year and I won’t be surprised to see it keep growing,” he said. “Golf is popular because kids can keep playing the sport well into old age.”

Cox said the two programs, Pahrump Junior Golf and the PGA Junior Golf, complement each other so well.

“I am excited about both programs and I think we will get some great high school golfers out of the two programs in the next coming years,” he said.