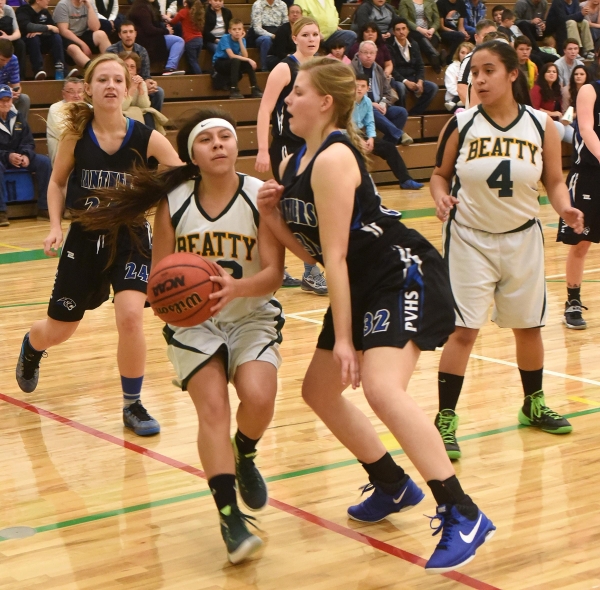 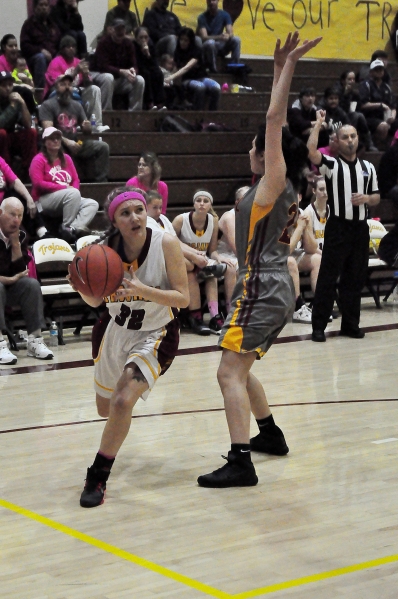 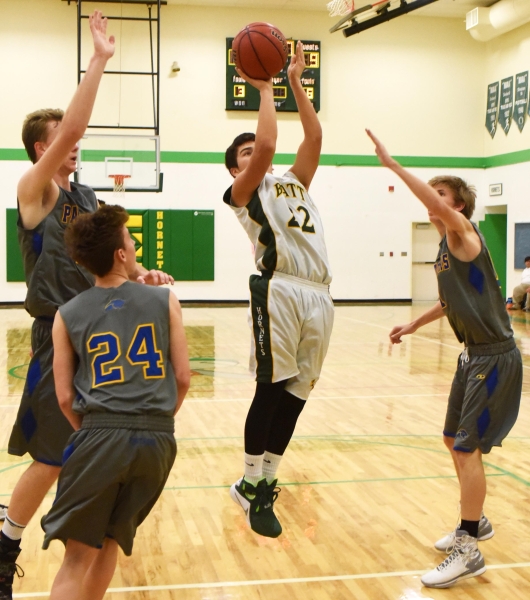 The Lady Trojans were edged out in a close battle on Friday by visiting Del Sol in non-league action 30-27. Pahrump came out strong and was down by only a point at the half 9-8. It was a battle of the two last place teams. The Dragons (1-12 overall, 0-10 Sunrise League) beat the Trojans in the third quarter when they outscored them 12-6. Pahrump (1-12 overall, 0-10 Sunset League) came back hard in the fourth and drew energy from the screaming crowd. The team outscored Del Sol 13-9 in the last quarter but in the end lost it at the free throw line. The Trojans shot 36 percent at the line, making 11 out of 30.

Senior Danny Foss led the Trojans in scoring with his season best of 32 points, but the Dragon defense held the rest of the Pahrump team in the single digits. By the end of the half Del Sol led 35-19.

The Hornets boys basketball team turned the ball over too many times and came up short against Beaver Dam 56-45 in league action last Friday.

The team is struggling to hold on to the sixth place playoff spot.

Hornets coach Steve Sullivan knows his team has to win as many games as they can to make it to the playoffs and was disappointed in the loss.

“Beaver Dam (6-6 overall, 3-2 Division IV Southern) is a team that likes to start fast and jump out into a lead,” he said. “They did just that, but we were able to stay close enough to give us a chance. We found ourselves in foul trouble, for a few reasons, as the game progressed. We allowed ourselves to get into that position because we missed about six shots right at the basket with no defender to contest.”

“Something we have talked about all season is taking care of the ball, to have more steals than turnovers, but we are still struggling to do that,” the coach said. “We need to win out this week against Round Mountain and Sandy Valley in order to possibly fill a playoff spot.”

The coach said his team will attack Round Mountain on Tuesday night to keep them off balance. The last time they played them the Knights beat them 64-44. He believes if his team can keep them from getting into a groove they can win.

“Our goal is establish the pace of the game and maintain possession of the ball for the majority of the game,” he said.

“We still need to work on boxing out,” the coach said. “We knew we had to win so we came out playing hard and continued through the whole game, played aggressively on defense and went to the basket. We had positive attitudes.”

The Lady Hornets (10-5, 4-1) are in a solid third place and need every win to finish in the top six to get a playoff berth. They faced a tough, undefeated, first place Round Mountain (14-5, 6-0) team last night, which was past deadline. Senior said her team can beat the Knights if they contain their tallest girl on the team.