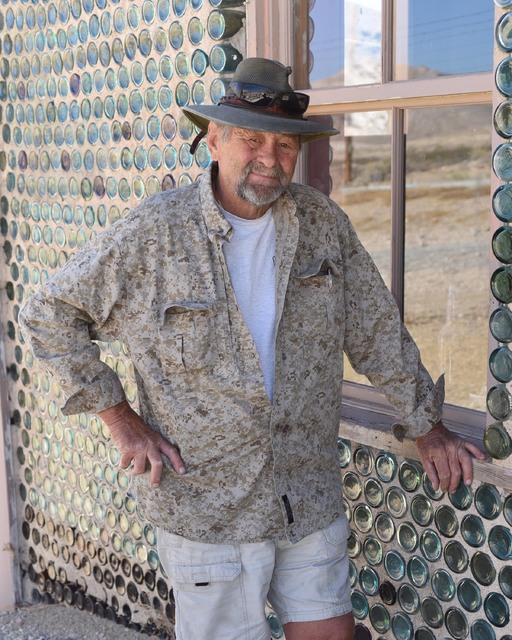 Special to the Pahrump Valley Times Karl Olson, the organizer of the Beatty VFW Turkey Shoot, stands next to the bottle house in Rhyolite. All benefits from the shoot go to the Beatty VFW community fund.

Calling all shooters. The Beatty Veterans of Foreign Wars wants you to come out to the shooting range off of Highway 374 near Airport Road on November 12 from 9 a.m. to 3 p.m.

“This shoot will benefit our community fund,” VFW organizer Karl Olson said. “This is a fund that helps kids out with scholarships or just people that may need bus fare or something to eat.”

He said those that come out provide their own guns and ammo. The shoot will consist of three events.

Then there is a prize of money for the 200, 300 and 500-yard competition, which will cost $25. There you have three shots at each distance, and individual high score takes the prize money. This is limited to five, four and three-person teams.

The two other shoots are competing for a turkey or a ham and are $2 per shot. One shoot will be at 100 yards, where all positions except prone are used.

Then there is a 30-yard pistol shoot for a turkey or a ham.

The event will have hot dogs, hamburgers and drinks available.

“The event was pretty successful last year,” Olson said. “We had 60-70 shooters and hope to have more this year. Our goal is to bring Beatty more competitive shooting events.”