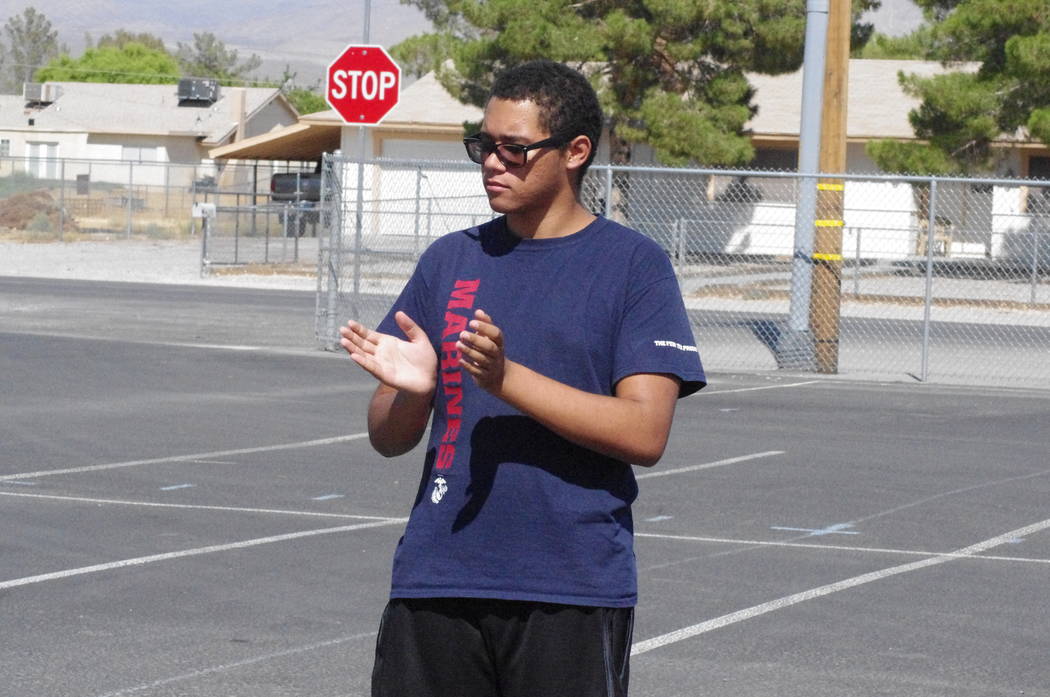 Vern Hee/Pahrump Valley Times The Pahrump Valley High School Trojans marching band practicing during the first week of school. Brian Louder Jr. is seen keeping the time for the band. This year the band will march in its first competitions. 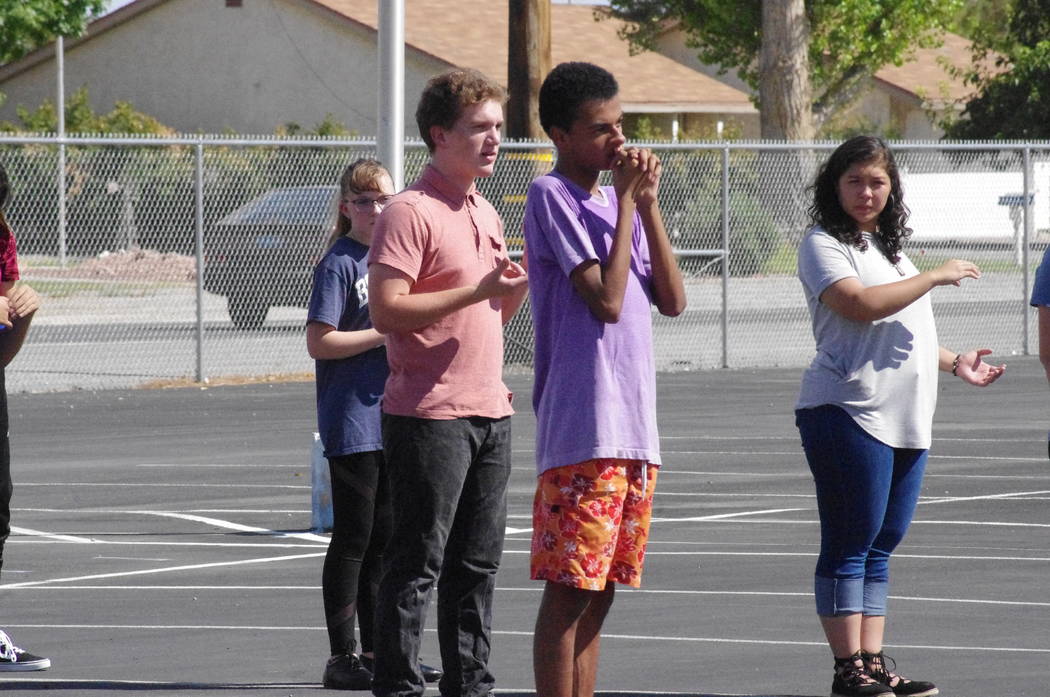 Vern Hee/Pahrump Valley Times Band practice at the high school parking lot during the first week of school. In the back is Janae Goostree. In front of her from left to right: Lloyd Herndon, Matthew McCoy, and Leslie Ramirez. 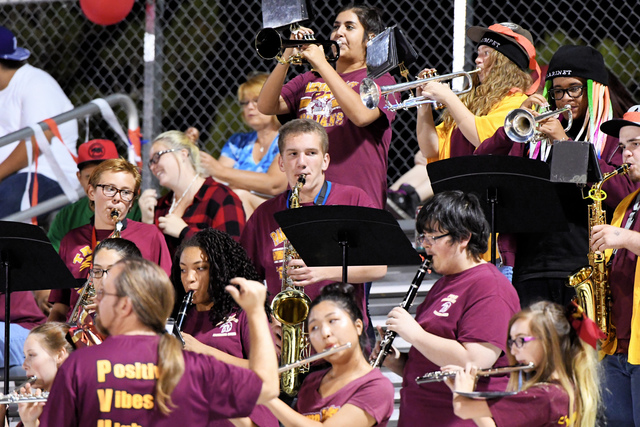 Peter Davis/Special to the Pahrump Valley Times The Trojans marching band as shown in a 2016 file photo. This year's band members are all set for this evening's game against Durango High School. 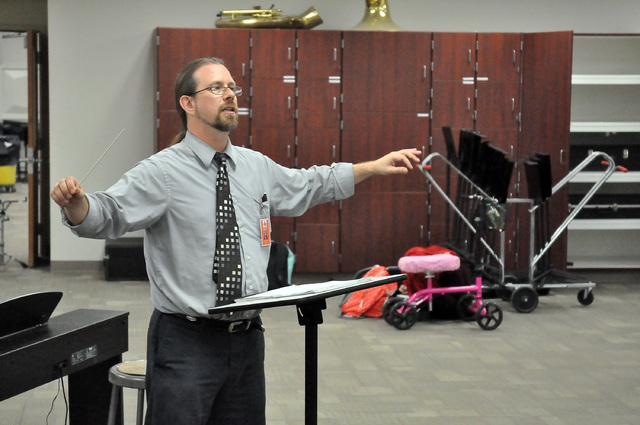 Horace Langford Jr. / Pahrump Valley Times Michael Wineski conducts the Trojans marching band. He is the Trojans newest band director and hopes to mold the band into a marching machine in 2017.

With the 2017 football season kicking off this evening at Pahrump Valley High School, its marching band is ready in support of the school and the Trojans football team.

The band has doubled since last year and plans to keep on growing under second-year band director Michael Wineski.

Wineski started with about 27 band students last year in his first year and this year the number is around 45 this year.

“The biggest growth was in the percussion section of the band where we have 13 performers as opposed to five last year,” Wineski said. “A lot of new students that were already in high school came into the band and about seven freshmen from Rosemary Clarke Middle School joined.”

The band director said he was excited about the year, which kicks off at 7 p.m. at home against Durango High School.

“We have a couple of band competitions, something we didn’t do last year,” he said. “This year the energy is up and we grew in all levels of the band.”

Wineski’s first show will have the musical theme of “treasure hunters” and will be a compilation of music from the movies, Raiders of the Lost Ark, Tomb Raider, and Pirates of the Caribbean.

“Each piece will be about two minutes long for a nine-minute show,” Wineski said.

The band had its first band camp under his direction in mid-July.

“A college band camp runs about 14 hours a day and is a bit more intense,” Wineski said. “Our camp was six hour days. At camp, the focus was building a family and working together as a team. I want to create a family atmosphere in band, where all the members can count on the other members being there for them and everyone is included. A lot of our success is due to the fact that the juniors and seniors in the band help out the younger underclassmen.”

This week the band will be playing at the football game, but the show is not ready for halftime yet.