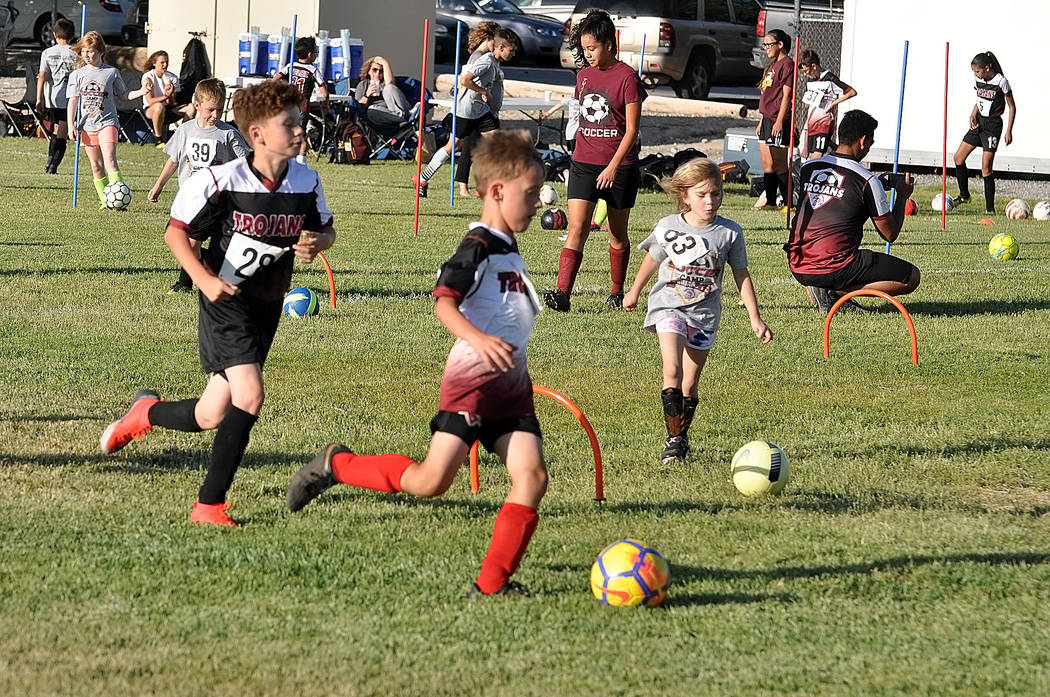 Horace Langford Jr./Pahrump Valley Times Budding soccer players in Pahrump will have a new league in which to learn the game and hone their skills this fall when the Junior Trojans Soccer Club starts the TFC Academy Recreational Soccer League. 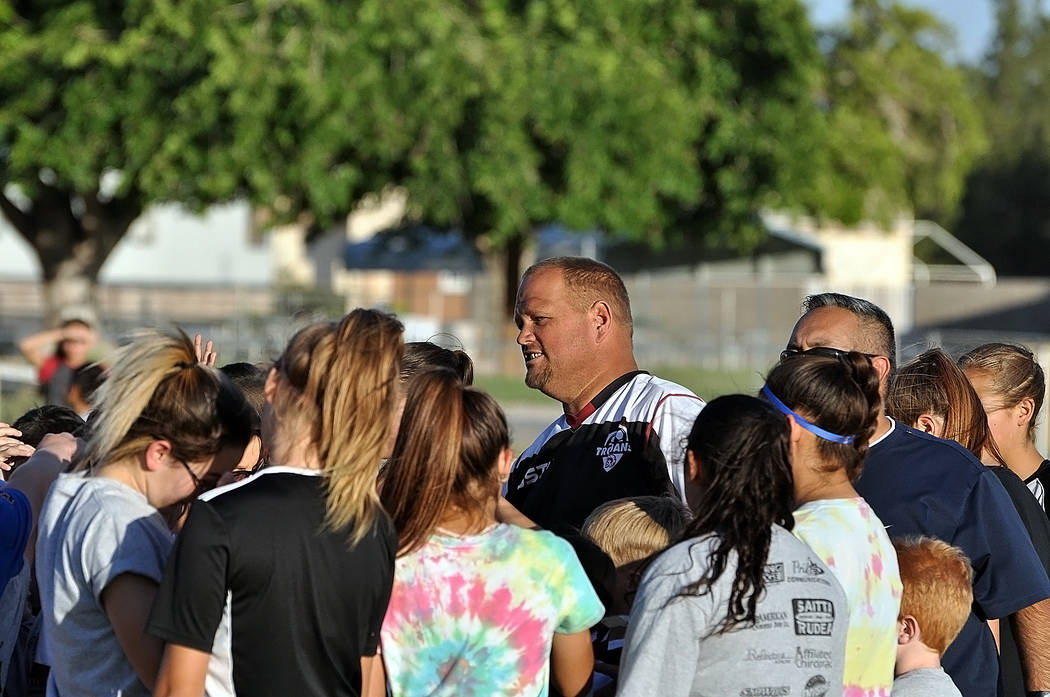 The growth of soccer in Pahrump, both in number of kids playing and in the quality of play, is obvious.

At the high school level, the girls team has regained the form that brought the Trojans state championships in 2011 and 2012 and a runner-up showing in 2013. They won the Class 3A Southern Region championship and appeared in the state tournament for the second consecutive year.

The boys team ended a long postseason drought last fall, qualifying for the playoffs for the first time in 11 years by virtue of a win in the final regular-season game.

But players don’t show up as high school freshmen ready to take on the world, and the Junior Trojans Soccer Club provides young players with the experience they need to compete.

In fact, several of the club’s teams have performed quite well in Southern Nevada leagues, with a boys team made up of players born in 2007 recently going undefeated during its season.

Starting earlier can’t hurt, and the club is starting the TFC Academy Recreational Soccer League to begin play this fall for players ages 9 and under.

“We would like to get them the training they need at a young age, up to 9, to see if we can get them to the club level by 10 so they can play for club after that age,” club president Dusty Park said.

The club has teams for both boys and girls in several age groups, playing spring and fall seasons. One boys and one girls team are also competing in an indoor league this summer in Las Vegas.

The cost for the new recreational league will be $150. That cost will include a uniform kit, a duffle bag, a state ID card, fall season registration and one appropriate size soccer ball per player. For those who play during the fall season, registration for the following spring season will be $75.

Registration will take place 6-8 p.m. Aug. 1 at Petrack Park Field C, although it can be done earlier through Park.

For more information, contact Park at 775-253-1548 or Amy Carlson at 775-764-7350. Check out the club’s Facebook page at https://www.facebook.com/PahrumpJrTrojans/ or email jrtrojanssoccer@gmail.com