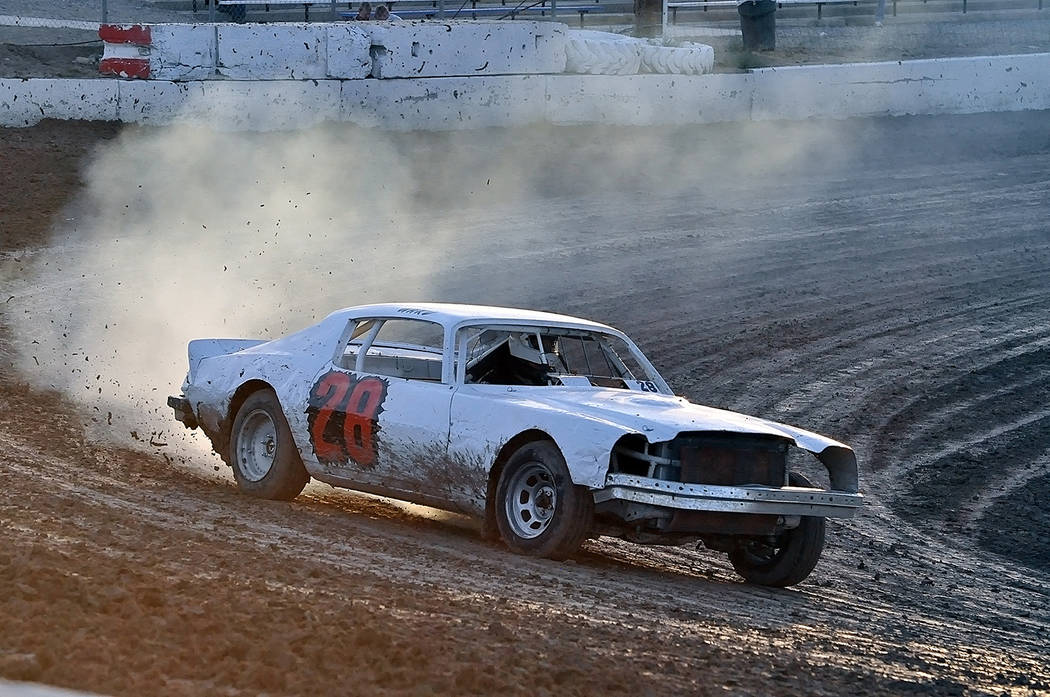 Horace Langford Jr./Pahrump Valley Times Jared Ward extended his lead in the Hobby Stocks class with a victory in his race June 9 at Pahrump Valley Speedway. 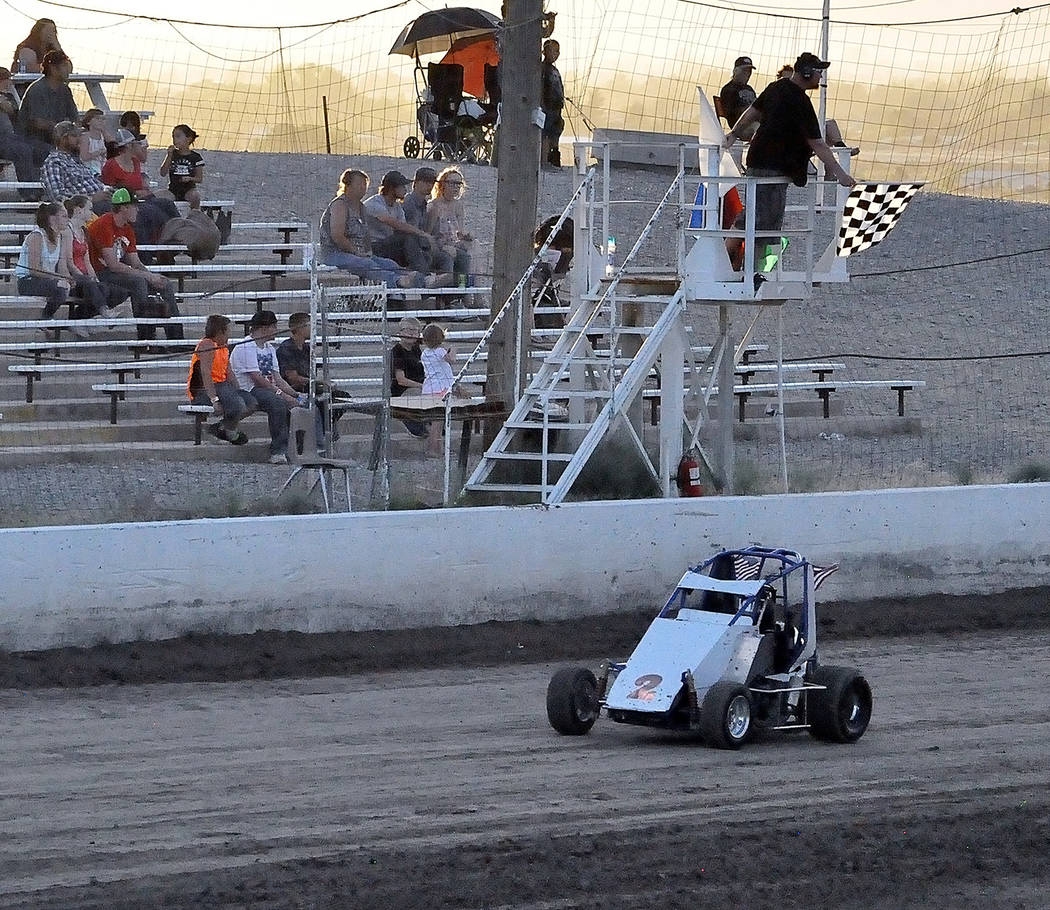 Many of the leading drivers at Pahrump Valley Speedway helped themselves with strong efforts and remain near the top of their classes as the season nears the halfway point.

In five of the nine classes, the overall points leader finished first or second during the quarter-mile dirt track’s June 9 races.

Jared Ward in Hobby Stocks and Gary Wyatt in Bombers won their races to extend their leads in their classes. Ward went into the night with a 51-point lead over second-place Aaron Smith, who finished second, and an 80-point lead over third-place Jeff Murphy.

In the Bomber class, Wyatt went into the night 10 points ahead of Artie Daniel and 79 in front of Steve Dinerstein. All three drivers finished in the top five, and with almost 100 points separating third from fourth, the top three will remain the same in the season standings.

Three other leading drivers going into the June 9 races finished second, but one of them is in a very tight race in the standings. Second-place Eddie Chacon, who was trailing Jason Funk by just four points, won the Micro Sprint race while Funk finished second.

The other two second-place finishers are in more comfortable positions. In Mini Stocks, Aiden Murphy had a healthy lead of 61 points over RJ Smotherman, 68 points over Tom Peticolas and 73 over Haylee Little, who won last time out.

In Modifieds, points leader Jason Pike finished second after being sent to the rear of the field after a Lap 1 caution and second-place Jack Pike took fourth, but winner Austin Kiefer, who also has raced in the Sport Mod class this season, went into the night 18th in Modifieds. Brad Hopkins, who took third, went into the night in eighth place.