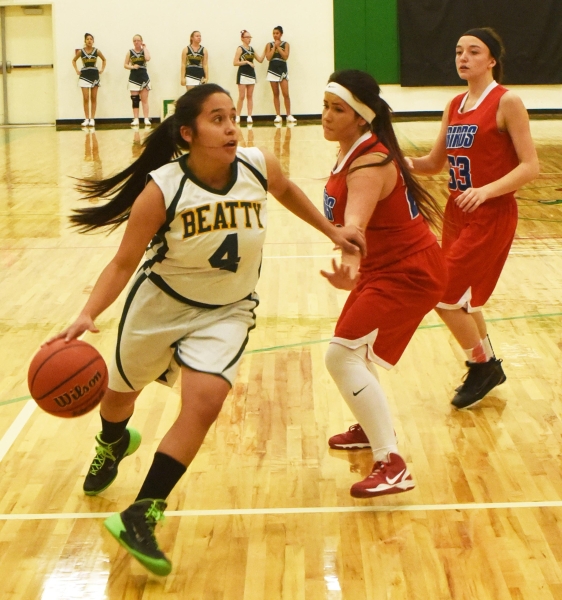 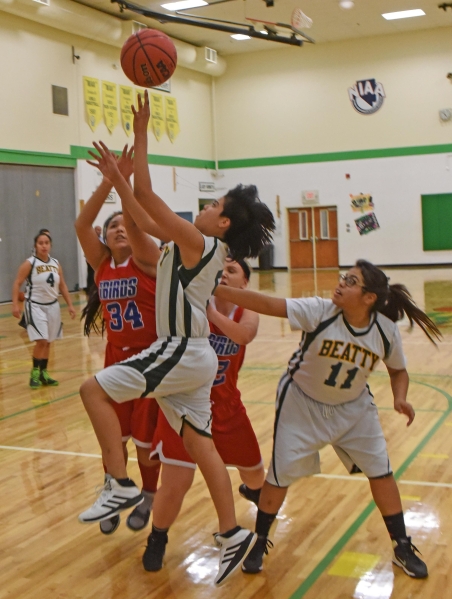 The Lady Hornets shooting was way ahead of the other Division IV teams as Beatty went 5-1 over the weekend.

Finally on Tuesday, they came home and played Indian Springs again and beat them 41-14.

Hornets coach Aimee Senior was proud of the way her team played.

“The team played well and they have lots of hustle, good defense, and are attacking the basket pretty well to start the season,” the coach said. “Our shooting percentage is not good, but that is something we always struggle with, all season long.”

The coach said they even went to the Beaver Dam Tournament minus two players.

“It was good experience for all of the players that went,” she said. “They got a lot of playing time and time to get rid of first-game jitters.”

“We were stealing the ball and forcing the other team to turn the ball over,” she said.

The team travels to Tonopah today for an important league contest.