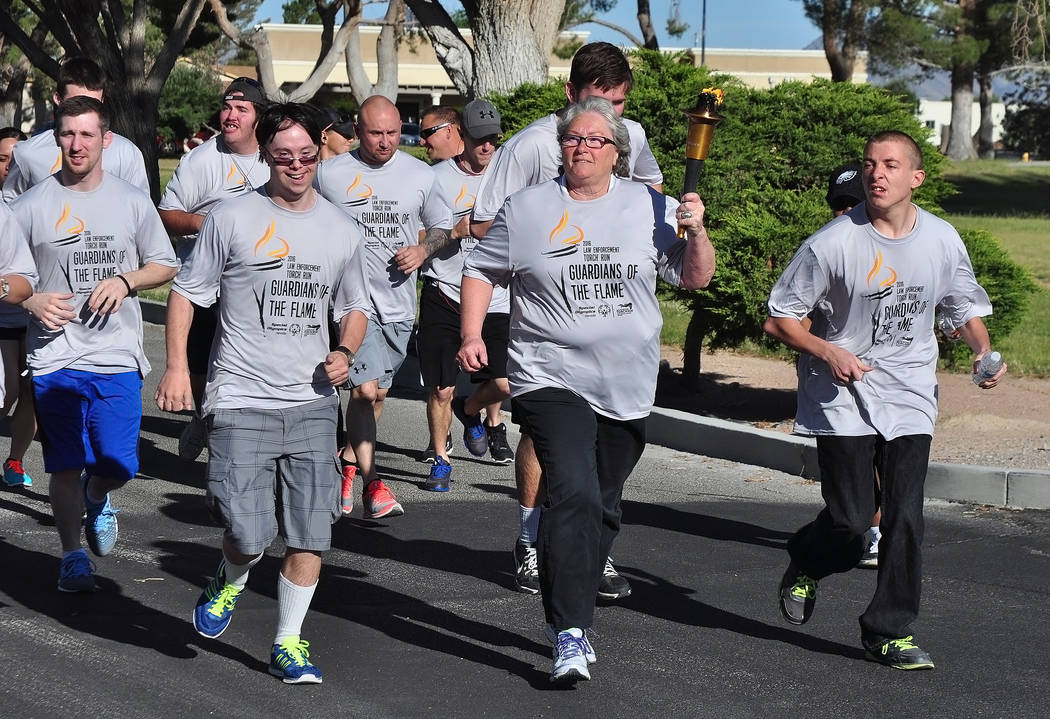 The Special Olympics Nevada Law Enforcement Torch Run is to pass through Pahrump on Friday, beginning at 8 a.m. and ending at 11 a.m.

The Torch Run is to start at the Nye County Government Center at 8 a.m., where the flame of Hope will be lit by the Nye County deputies, organizers said.

The deputies will then run with the athletes on a route, which will go East on Calvada Boulevard and then north on Highway 160 for about three miles, ending at the sheriff’s office at 1520 East Basin Ave.

“The event has raised through law enforcement torch run events throughout the year $2 million for Special Olympics since 2002. They raised $120,000 last year,” Krochmal said.

Special Olympics Nevada is dedicated to enriching the lives of children and adults with intellectual disabilities through sports, education and athlete health.