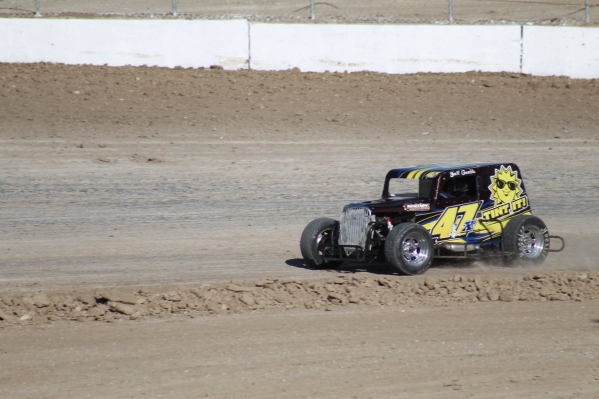 Over the break, the quarter-mile speedway got a new facelift.

Speedway owner Chad Broadhead said the track will be a bit faster this year.

“We took out the north bend turn and raised it by three feet and put in a new wall,” Broadhead said. “The South turn was done too but we didn’t need to redo the wall.”

According to Broadhead, the track surface was also redone.

He said that was the biggest change. Pricing for tickets will remain the same ($10 for adults and $6 for children).

There was a rumor that the track would get sanctioned this year by the International Motor Car Association, but Broadhead put an end to that.

“We had a higher modified car count last year so no, it’s not coming back this year,” Broadhead said. “And other tracks will also go without the sanction.”

He didn’t say which tracks.

He said all the divisions will remain the same with the exception of the Mod Mini class.

“We decided to get rid of the Mod Mini class this year,” he said. “It really only had one or two racers in it all year long.”

“Like the Dwarf class, these are small cars that have a 600cc engine in them and kind of look like a Mini Modified,” the speedway owner said.