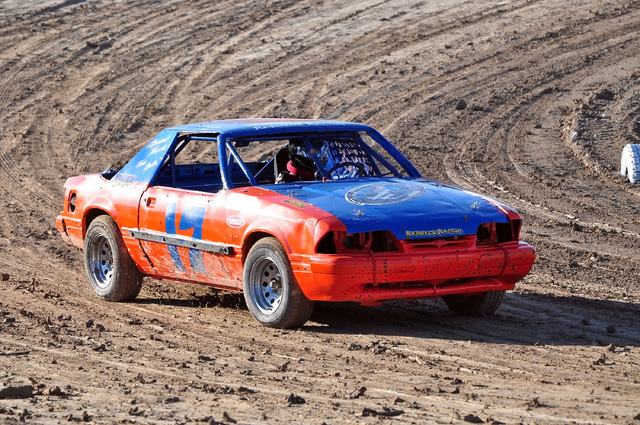 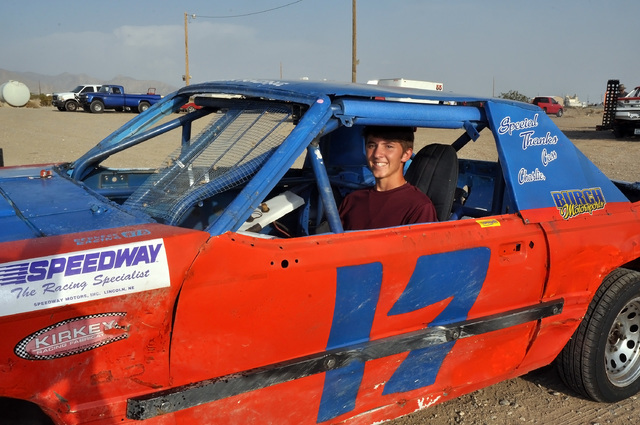 Racing is in Anthony Martin’s blood, for it’s been something he and his family have been doing for some time.

Martin is a senior and attends Pahrump Valley High during the week, but every other week he devotes his attention to racing at the Pahrump Valley Speedway. Racers can race on the track when they are 14 and that’s when Martin started racing in the Mini Mod class. His uncle, Cory Ray, started him in this class and he was encouraged to race by both parents.

The Martin family has been heavily involved with racing.

“My father has been racing since 2007 and my mother, who passed last year, was a big race fan and also raced,” Martin said.

The young racer said his father records all his races and that’s how he improves on his driving, by critiquing his races.

“Of course some of those races are hard to watch,” he said. “But my father and I are close and we can talk about anything.”

Martin is competitive with his father too, for they both race. In fact, when his mother was alive, they all raced.

“I have beaten my father in the Mini Modified,” Martin said. “In the family we are good-natured about this. We tease each other a bit.”

Fourteen seems young to be on a speedway, but according to Pahrump Valley Speedway owner Chad Broadhead, there are some tracks that allow teens to start earlier.

“I have seen tracks that start the kids at 12-years-old,” Broadhead said. “We start at 14 purely for insurance reasons.”

Broadhead said new racers are watched carefully, but Martin was good when he came out.

In his third year of racing, Martin had a terrible wreck at the Jonathon Burch Memorial race, but it didn’t dissuade him from racing.

“Going into the one-two turns, I got sideways, swerved, over-corrected and went into the wall,” Martin said. “They had to cut me out as a precaution. I think it was my inexperience that led to that. I make better decisions now.”

“He was safe and there were no real concerns, even after he wrecked last year,” Broadhead said. “The wreck was beyond his control and was an accident, nothing more.”

Brady Gladd, a rookie and another teen driver, likes Martin’s style of driving. Gladd has only been racing for six months and is a freshmen at the high school. Gladd and Martin are currently fighting for points in the Mini Stock Class where Gladd has 361 to Martin’s 346 points.

“I like racing him,” Gladd said. “He’s a clean driver. I just raced him last weekend where he beat me.”

In the July 30 race Martin took first place and Gladd was ninth.

Last year the Mini Mods were discontinued from the track and this left Martin in the Mini Stock Class, driving his number 17 car.

He says he has done fairly well finishing in the top five several times this year.

His goal is to drive Modifieds one day but that will take a bit of savings.

“I don’t think I will ever go to asphalt racing, ” he said. “I love racing on the dirt track.”