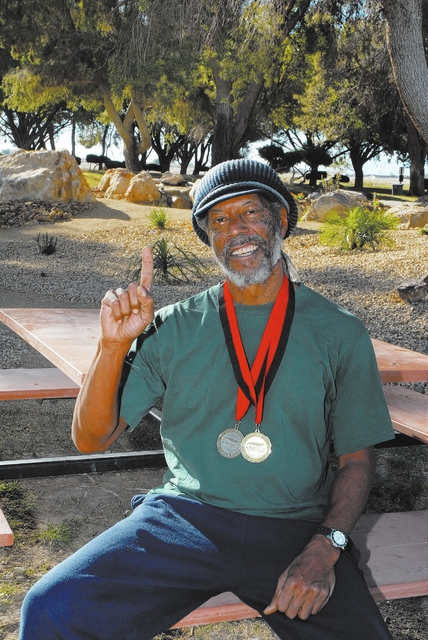 It just irks me to know that Pahrump has to go another year without having its own senior games.

People ask me why it bothers me, and I think it’s because I know we have the talent here to run the senior games.

Pahrump is known to have a large senior population. Just about 25 percent of the population in Pahrump are senior citizens according to the 2010 census. That’s a fact and over the years I have met a ton of seniors that have so much talent as athletes, but more importantly, they have the skills to organize the senior games.

To qualify to enter the senior games, participants must be 50 years old or over.

I do stories on the seniors participating in various senior games every year. We have seniors attending the national games, The Nevada Senior Games in Las Vegas and the Huntsman World Senior Games in St. George, Utah.

I have lost count how many I have done, but every time I interview a senior athlete, the talk usually turns to how it would be nice to not have to travel so far to compete.

It just makes sense for the town to come together to do something for the seniors and their well-being by hosting senior games here in Pahrump.

The senior games in Nevada started in Las Vegas in 1979. The Huntsman World Senior Games has been around for over 30 years so we know these games can survive.

In 2007, the games were once in Pahrump, but they were discontinued because of the need for more volunteers to help out. Well, times are different now. I think we have enough seniors here that this should not be a concern.

“Choose some sports to start off, some team sports and some individual sports that are popular with the seniors in Pahrump,” Cribbs said. “Not too many, grow the event slowly. We added soccer to our list and that brought in a lot of people.”

She said they added soccer even though it wasn’t a sport that is in the National Senior Games.

She advised that we get service clubs to help out with the organizing of the games.

Last year, we had the Elks Club and the Knights of Columbus expressing interest, and they could do so again. Just recently B.J. Hetrick-Irwin also threw in her hat.

“I once organized the games here in Pahrump,” she said. Hetrick-Irwin is known for the Senior Tappers and the Miss Senior Golden Years Pageant.

Pahrump will probably fall somewhere in between. Even if we only get 20 or 30 athletes out to start, at least it would be a start. Especially if the town bowlers and golfers are included.

In short, we have the potential to put on a great senior games. We just need to take that step. I think there are a lot of great service organizations in town that can make great contributions to such an endeavor.

Shoot, we even have quite a few seniors racing cars. Can you imagine if Chad Broadhead, the owner of the speedway, got the speedway involved? Auto racing is not a sanctioned sport but it doesn’t matter, the local seniors could still do it. Local games can have whatever sports they want.

No doubt, there is money to be made with a thriving senior games, but money should not be the driving force. There is something to be said for seniors being active, lower health costs for one and just a better community.

Whatever the reason, as a senior community, can we not afford not to host the senior games?