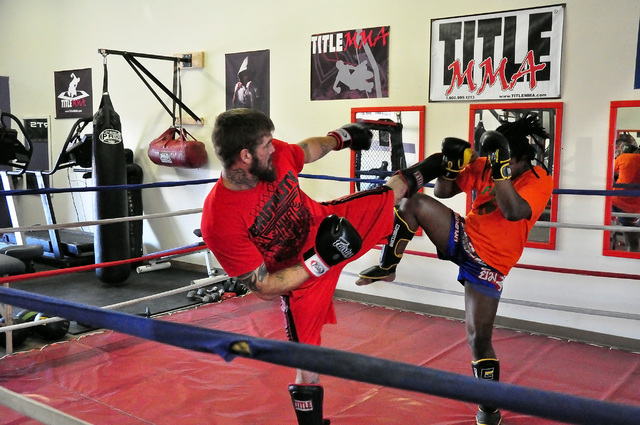 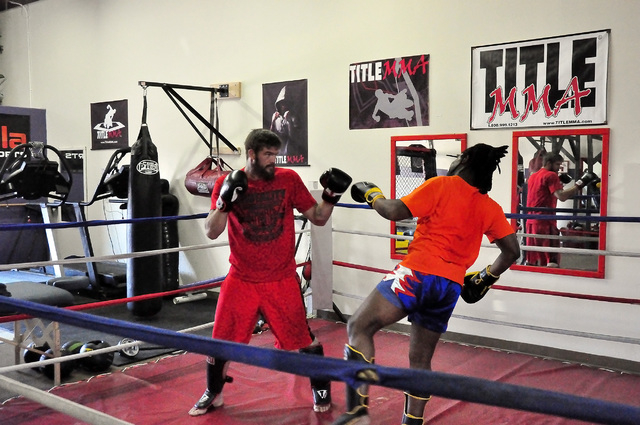 Brandon Schneider, Pahrump’s amateur mixed martial arts fighter, announced he will try to go professional after his next fight on June 25 at the Tuff-N-Uff Pack the Mack event.

Schneider said this will definitely be his last fight as an amateur regardless of what happens to him afterward.

“I might as well go pro now while I can,” Schneider said. “I am 230 pounds right now I am getting hit for free. I am not sure if I will fight MMA. I could fight in boxing or even kick boxing.”

Schneider just turned 30 years old this year and he knows his fighting days are numbered.

His Tuff-N-Uff opponent for the upcoming fight has not been determined yet.

“Even if I don’t get an opponent for this Tuff-N-Uff event, that’s it for me,” he said. “I am done with the amateur stuff.”

Schneider is the reigning Tuff-N-Uff amateur light-heavyweight champion, but for this upcoming event he will be fighting as a heavyweight.

“I am going heavyweight,” Schneider said. “I like being the underdog. Fighting heavier means I have to be quicker. Heavyweights tend to be slower and more sluggish.”

Schneider was not concerned about fighting someone bigger.

“I will have to move,” he said. “I can’t let them get on top of me. It takes a fighter too much energy to fight from the bottom.”

One of his longtime coaches, Brian Thelaner, said the heavier weight won’t be a factor.

“I don’t think it will make much of a difference,” Thelaner said. “Brandon’s movement is so much better now. In his earlier career, he would sit in the pocket and just be banging. Now, when I am sparring with him he moves and uses his length to keep me outside. I am just a punching bag to him now and can no longer get inside.”

Schneider has won his last three fights and has an amateur record of 4-3. He is ranked 15th in the state as a light-heavyweight according to Tapology.

The PVT caught up with Brandon Schneider as he trained in Pahrump for his upcoming bout with one of his sparring partners, Walter Leaks. Leaks is a retired professional kick boxer who fought at 205 pounds in Thailand and Japan for 10 years.

“I have sparred with Brandon for two years now and he learns fast,” Leaks said. “I think I am now learning things from him.”

To train for the pounding, Schneider is also sparring with guys that are 260 pounds or more in Las Vegas.

“I am way confident with my stand-up,” Scheider said. “I am not overconfident for I stay humble and I train hard. I am not out there picking fights. Cordova (Lee, his last opponent) was trying to bait me into fighting his fight because he saw me bull-rush my opponent before him. He wanted me to pursue him.”

The upcoming event at the Thomas & Mack Center is a free event and according to Tuff-N-Uff, attracted slightly more than 16,000 viewers last year.