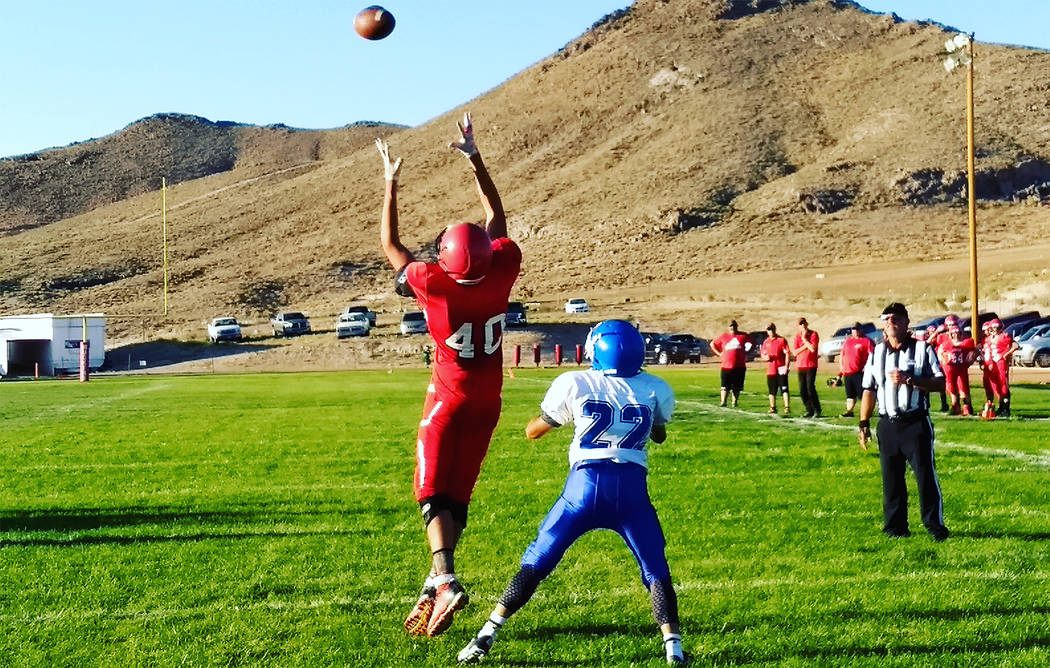 Tonopah football was out to prove to people that it could win after last week’s loss, and the team did that.

Sophomore quarterback Dillan Otteson had some impressive numbers in his second outing on Friday, passing for 208 yards and rushing for 84 yards more, accounting for more than half of the Muckers offense.

“I was very happy with the way our offense and defense played this week,” Coach Duffy Otteson said. “We improved in every aspect of the game, the young players are stepping up. I told them that they needed to work harder to make us a better team and they did just that.”

Junior running back Brandon Scobee had a great day of running as he rushed for 125 yards. Junior John Shiflet also posted some decent numbers, rushing for 71 yards.

Shiflet led the team in touchdowns against Independence with two rushing TDs and one TD reception.

Dillan Otteson, Scobee and Day each had two TDs apiece and Kevin Pope had one TD reception.

More importantly, the Tonopah defense had a big day, as Day led the team in tackles with 23.

“Vance has really stepped up for us and played solid on both offense and defense,” the coach said.

This Friday, the Muckers will host Owyhee at 7 p.m.