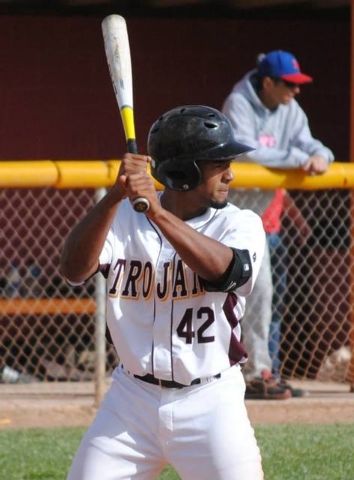 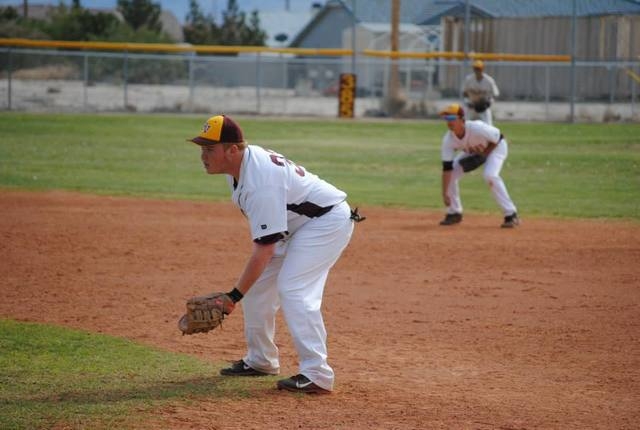 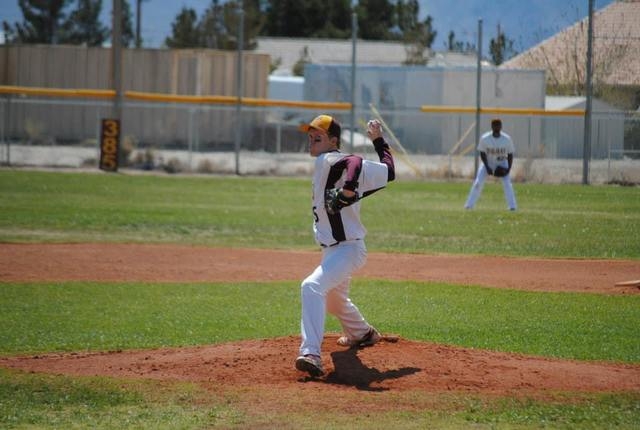 Trojans baseball starts this week with the boys at the Sun Devil Tourney at Eldorado High School in Las Vegas today and Saturday.

At the tourney, their first game will be at 5:15 p.m. against Lincoln County and they will play Southeast Career Tech at 7:30 p.m. on Saturday.

This year Hayes has three returning position players and two pitchers. This sounds terrible but Hayes is not worried, in fact he is the opposite. He feels the team is bursting with talent.

He said Josh Mortensen and Dylan Ault were both all-conference players and Carlos Rivera has the potential to be the best catcher in the league. Eddie Nunez is returning as an all-conference pitcher. These players will be at the core of the team.

Hayes likes the way the pitching staff is coming together. The coach is a former catcher and seems to have an eye for good pitchers. Last year the staff was strong after Hayes and his staff had concentrated on developing pitchers the year before. This year he feels the pitching staff is even stronger.

“Seniors Josh Mortensen and Eddie Nunez and junior Kyle Kral all have the potential to be the staff ace,” Hayes said. “Senior Tyler Greene is a strike thrower, junior Shelton Cajudoy has potential to close or start.”

In addition, during this week’s tournament, the coach wants to look at sophomores Parker Hart, Drew Walker, Josh Ferrer, John MacDonald and Garret Lucas. The team will also be at a tournament next week and the coaching staff will use these tournaments to place players.

Going into the tournament the coach believes he has an idea where everyone is going but this could change.

Carlos Rivera and Case Murphy will be behind the plate, Tyler Greene will be at first. Greene played a lot of first base last year and shared the position with teammate Richard Greene.

Senior Dylan Ault and junior Adrian Barbier will be battling for second, but since Ault is an all-conference player he should win out there. Senior Josh Mortensen and sophomore Drew Walker are at shortstop and senior Eddie Nunez, junior Shelton Cajudoy and sophomores Case Murphy and John MacDonald are at third.

Hayes likes competition for all positions. He believes no one has a job at the beginning of the season. He says the competition makes his team better and it makes the veterans work even harder, which makes them even better.

In the outfield, the following players will compete for a spot in the outfield: seniors Anthony Vega and Joseph Zarabozo, juniors Kyle Kral and Logan White and sophomores Parker Hart, Aaron Fuentes and Case Murphy.

The team did well at Del Sol but because that game was only a scrimmage the NIAA forbids the printing of the score.

The coach did say his staff was pleased with the performance.

“Our pitchers threw strikes, our defense made plays, and we mustered 12 hits. Carlos Rivera, Case Murphy, Dylan Ault, Josh Mortensen and Aaron Fuentes all had good days at the plate, while Mortensen, Kral, and Greene all pitched well.”

Hayes said his biggest area of concern was there were 11 strikeouts (4 caught looking).

Like last year, Hayes expects his defense to perform. The Trojans were one of the top performing defenses in the league.

“Defensively we expect to be near the top of the league,” he said. “We spend a lot of time in practice on defense and we are very strong up the middle and are blessed to have a catcher like Carlos who can shut down the run game with his strong arm.”