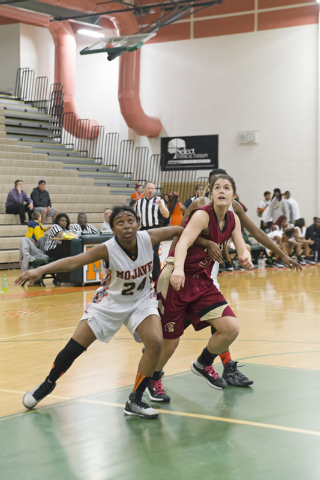 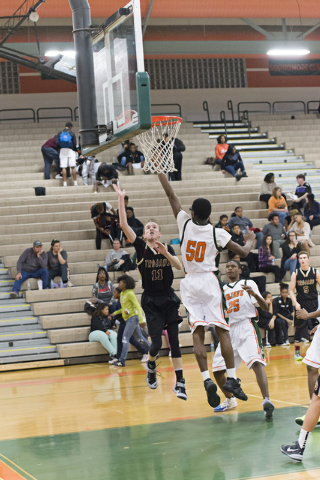 The Trojans boys basketball team ran into a solid Mojave team on Friday and lost 63-30. The Trojans (0-9 overall, 0-6 Sunset League) couldn’t stop the Rattlers’ (9-6, 4-1) Chrishawn Thomas from scoring 23 points in front of a home crowd.

The Trojans’ lead scorer was Parker Hart with 10 points followed by Uriel Ramberg-Riley who managed to score seven points.

Tonight the boys face Spring Valley (6-11, 1-4) at home at 6:30 p.m. The Grizzlies’ only win comes against Western, but this can be deceiving. Spring Valley has played all their Sunset League opponents tough. Their toughest loss was against Cheyenne, who they battled to within one point and lost 52-51. They lost another close one to Sierra Vista 65-62. Although they also lost to Clark and Mojave they also played those two teams tough, losing to Clark 71-43 and Mojave 62-55.

Spring Valley will not just come to Pahrump and lie down. The Grizzlies still have a chance to make the playoffs if they can beat Sierra Vista and Cheyenne in the second half of the season. Both Cheyenne and Sierra Vista are tied for the last playoff spot at 3-3.

The Trojans will have to keep an eye on Spring Valley’s Ryan Goecke and Carl Albert if they want the game to be close.

The Lady Trojans came close again to a win, but gave up too many points in the first half in their 44-37 loss.

Shayla Dance had led the team in scoring with 13 points and Alyssa Murphy was close behind with 12 points. The girls outscored Mojave 28-24 in the second half.

If the Trojans can put together a whole game of shooting, than they will have a decent game against Spring Valley (16-1, 5-0) tonight.

Spring Valley has never won a state championship and only has been to the playoffs one time in 2006. They are having a phenomenal year.