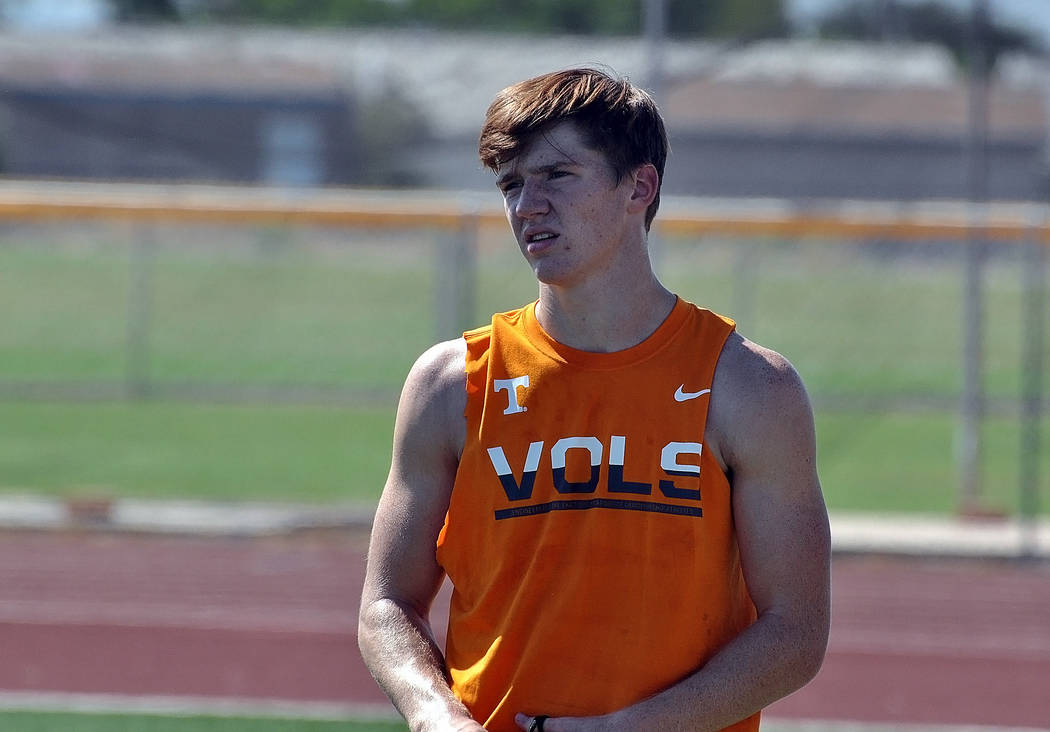 Horace Langford Jr./Pahrump Valley Times - Dylan Coffman was the backup quarterback his junior year and played in quite a few games last year. 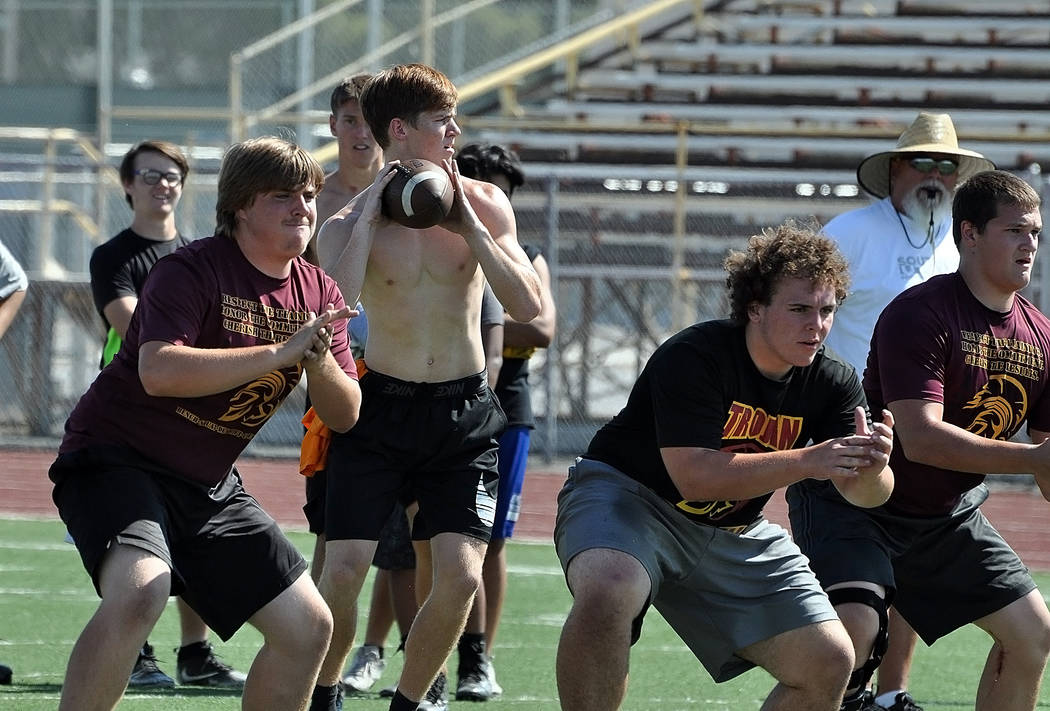 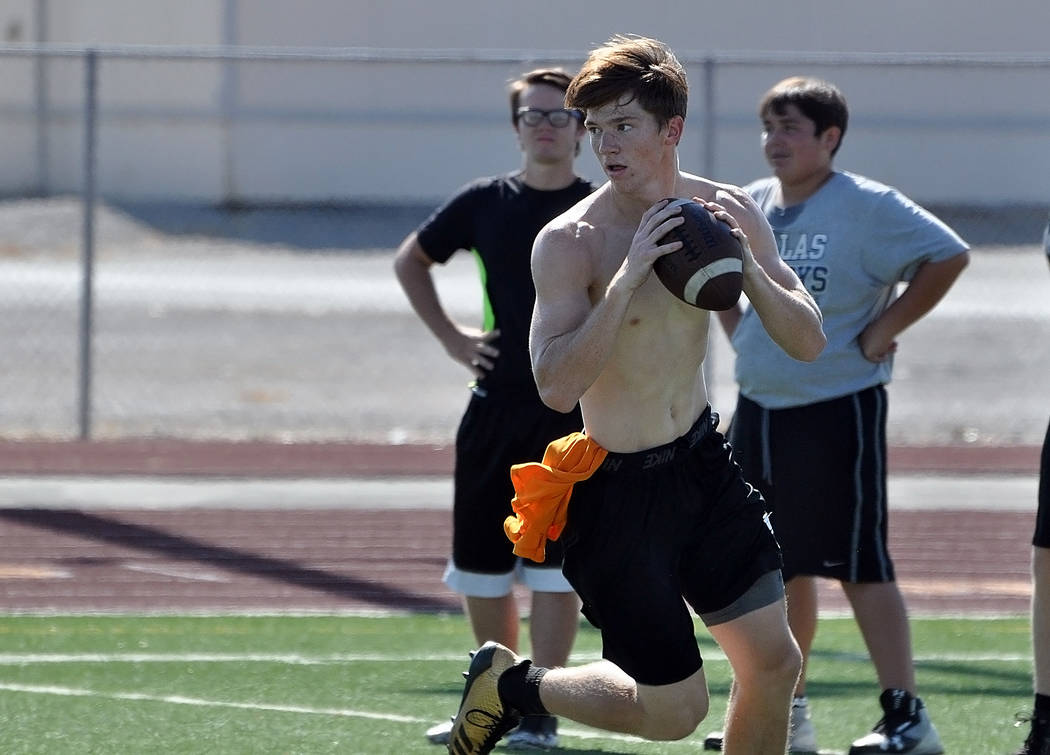 Horace Langford Jr./Pahrump Valley Times Dylan Coffman was the backup quarterback his junior year and played in quite a few games last year.

Pahrump Valley Trojans signal caller under center Dylan Coffman knows what direction he is headed and wants people to know how confident he is about his team’s prospects this season.

Coffman is upbeat and has his goals set as the football season gets ready to start in two weeks, against Durango at 7 p.m. on Aug. 25.

“I am confident we will go to state,” Coffman said. “I like how hard we work and we don’t give up. We have improved, and we have lifted some heavy weights in the weight room and we come out here doing some great work on the field when we run the plays.”

Coffman was the backup quarterback to Parker Hart last year and received a lot of playing time and is comfortable with his new role as starting quarterback.

He feels he is ready to lead the team.

“I have the qualities it takes,” he said. “My leadership, my ability to throw and run the ball.”

“This year we will throw the ball a little more,” Coffman said. “I have a good arm and accuracy. I think I will be able to make the play when we need it. I am really confident, I have a lot of speed and a good arm. I am just ready.”

Coffman is mobile and feels he can make those passes on the run. He said he can sprint out and won’t be just a pocket passer and has confidence in his ability to run and shoot.

Trojans coach Joe Clayton likes the mobility of his QB. He said senior Dylan Coffman will be a starter, taking over for Parker Hart. The coach also likes the way his QB can do play action with speed.

Coffman rates himself high on his ability to disguise the play he is running.

“On a scale of one to 10, I am an eight,” he said. “Here and there we might make mistakes but mostly it’s just good plays.”

This year the Trojans will have the biggest line they have ever had under Trojans coach Joe Clayton.

Coffman said his line will give him the protection he needs to win football games.