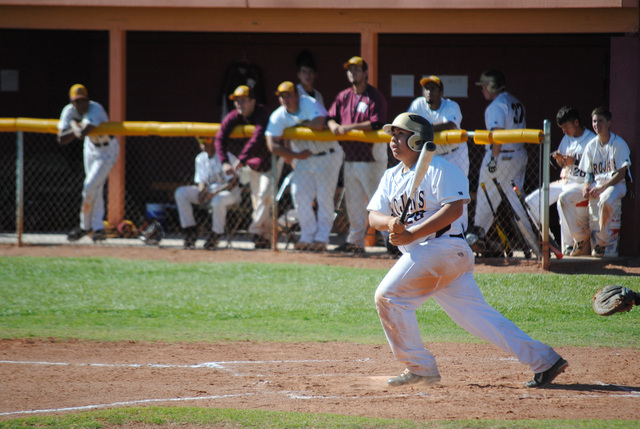 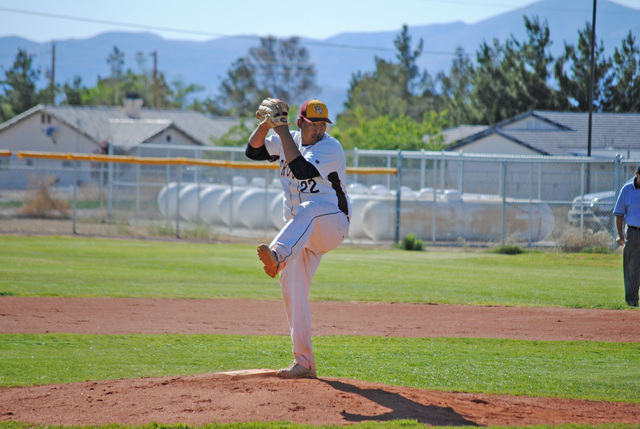 Sophomore Shelton Cajudoy came up to bat and hit a hard-hit-long ball into right center field during his first at bat against the Clark Chargers on Tuesday.

It’s not the big leagues, but for a junior varsity player coming up to the varsity team it just may as well be.

Cajudoy was given an opportunity to show the coach what he had and he didn’t stop at just one hit, but went 3-3, with 1-2B, a walk, and 2 RBIs. Cajudoy wanted to make a statement and Trojans Coach Brian Hayes was listening.

“First couple of innings I was tense but then I realized I played with these guys in Little League and I felt better,” Cajudoy said. “I have always been a good hitter.”

Hayes was happy with his performance because he said he has given the opportunity to a lot of other players and not all of them have stepped up.

“We moved Shelton up because we had an ineligible kid. Shelton filled the hole at third. His hitting is good, but he still has to learn a few more things. When you come in and get three hits he will probably get another opportunity to do it again,” he said.

The coach was referring to Cajudoy’s base running. The youngster tried to make it home too early and didn’t wait for the coach’s signal in the second inning and was thrown out at home, but again he is still learning.

With the help of Cajudoy, the Trojans smashed the Chargers 11-4. The team had 13 hits with just 1 error. The solid pitching of the Trojans kept Clark guessing until the 6th inning.

“Chad was getting up in pitches in the 6th inning he went over 100 pitches so we pulled him. I am happy with the way he pitched and he pitched well.” Hayes said.

“Our pitching is the thing we have been doing the best. The last 15 games we are right where we want to be, we are throwing strikes and we don’t walk guys,” Hayes said.

Chad pitched 5-plus strong innings, allowing 6 singles, 2 walks and 6 strikeouts and was named the player of the game.

The big question still looms over the Trojans. Can this team play with Faith Lutheran?

Hayes seems to think so.

“If our defense plays then our pitching is going to be right where it needs to be. Our hitting has come around and we started to hit the ball pretty well today. Overall, we are playing pretty well,” the coach explained.

First baseman Richard Greene was confident too his team will do well in the playoffs. He expects to be there at the state finals and the goal of the team is to win state.

“If our bats get going then we are probably in the top five teams in the state,” he said.

The team plays the Chaparral Cowboys, a non-league game, this afternoon in Las Vegas at 3:30 and then the big game against Faith on Monday.