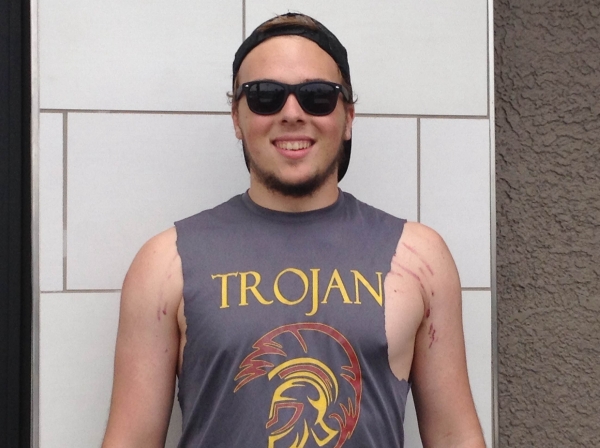 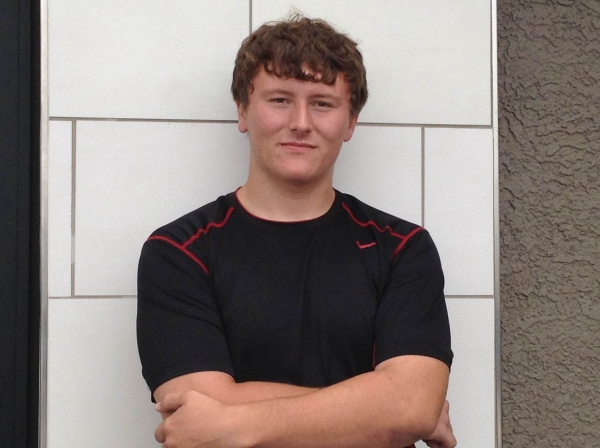 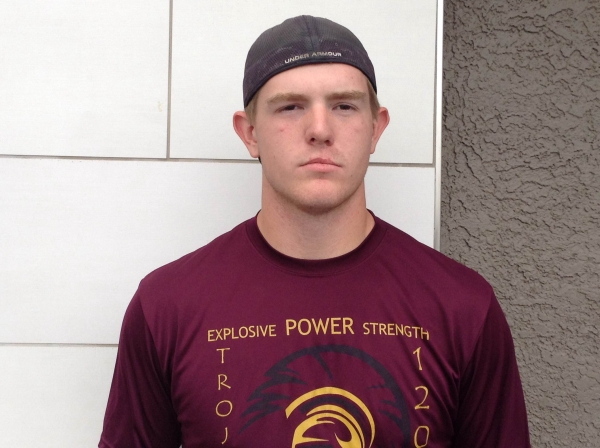 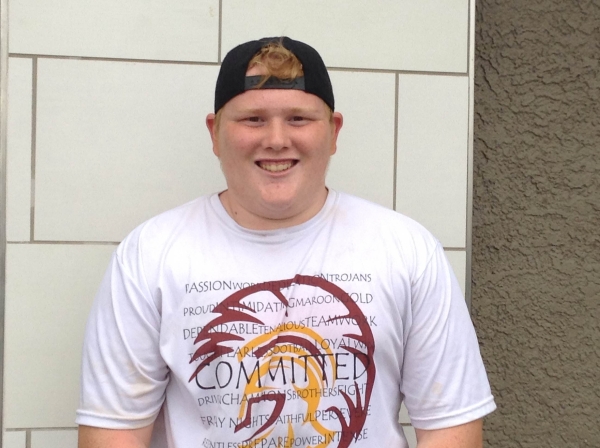 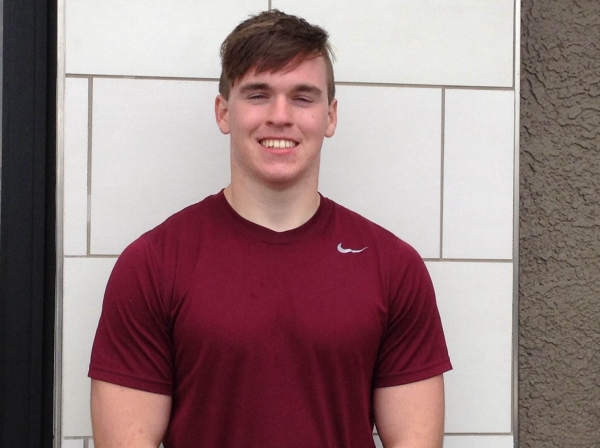 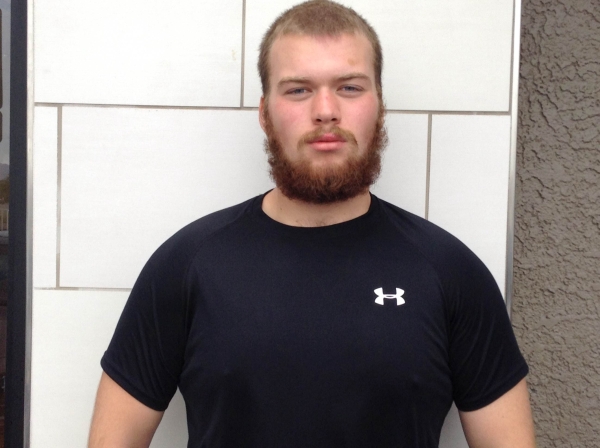 In order for the line to get to be the “biggest guys on the field,” they must eat.

For the second year in a row PVT sports sat down with six starting linemen for the Trojans to see what it was like to feed them and how they would perform if they had a combine for fast food.

According to the U.S. Department of Agriculture the average male from 14-18 will cost a family $355 a month and that is a liberal plan. For the families of the Trojans linemen, they can kiss that figure goodbye.

Billy Carter is a senior offensive and defensive tackle, 6 foot 2 inches, 220 pounds, bench presses 235 pound and squats 405 pounds. Carter enjoys six to seven eggs scrambled for breakfast with some toast and a protein shake. For lunch, he likes to eat lettuce and mustard sandwiches with mayo and a little toast to help wash it all down. At dinner, his favorite is to eat spaghetti and he said he can down a few plates of that.

His goal this year is to just “get my job done.” This will be his first year starting.

Carter can eat 10 hotdogs, eight hamburgers and one 12-inch pizza.

Hunter Medici is a senior offensive guard and defensive end, 6 foot 3 inches, 240 pounds, bench presses 250 pounds and squats 350 pounds. Medici starts his morning off with five eggs, oatmeal and a protein shake. For lunch he eats three to four peanut butter and jelly sandwiches. He said his favorite meal to eat is spaghetti and can easily down two to three plates.

His goal is to be an all-league defensive end.

“And I want to beat Jeremiah England’s stats from last year,” he said.

Medici can eat five hot dogs, 10 hamburgers and one and a half 12-inch pizzas.

Tyler Baumgarten is a senior offensive guard and defensive end, 6 foot 4 inches, 235 pounds, bench presses 240 pounds and squats 330 pounds. For breakfast, Baumgarten has six eggs and a pound of bacon. At lunch he likes to throw down three hamburgers. His favorite thing to eat for dinner is steak. He said he can wolf down 3 ribeye steaks.

Baumgarten said his goal for the year is to be all-league and to beat Jeremy Coates’ stats from last year.

“Of course I also have to beat Mediciâs stats too,” he said.

Sean Bergan is a senior right offensive guard and middle linebacker, 6 feet, 210 pounds, bench presses 275 pounds and squats 415 pounds. At breakfast he likes to eat a bowl of oatmeal, six eggs, a chicken breast and a potato. During lunch he likes chicken sandwiches and potatoes and for dinner he will eat several chicken breasts.

Bergan’s goal is to get more than 89 tackles this year.

Ryan Lopez is a senior center and defensive tackle, 5 foot 10 inches, 235 pounds, bench presses 205 and squats 405 pounds. Lopez likes a variety during his morning meal and has two to three eggs and a bowl of cereal for breakfast. At lunch he usually eats a chicken sandwich and a salad and for dinner his favorite is two to three plates of spaghetti. His goal is to âexecute everything 100 percentâ and to be the offensive lineman of the year.

Patrick Duvall is a junior offensive tackle and defensive tackle, 6 foot 1 inch, 230 pounds, bench presses 235 pounds and squats 405 pounds. This lineman likes to consume six eggs, six pieces of bacon and two pieces of toast in the morning. Duvall loves his mac and cheese mixed with a pound of ground beef at lunch. For dinner bring on the chicken fried steak, country style.

His goal is to make a tackle every single play and not let any tackles on offense.