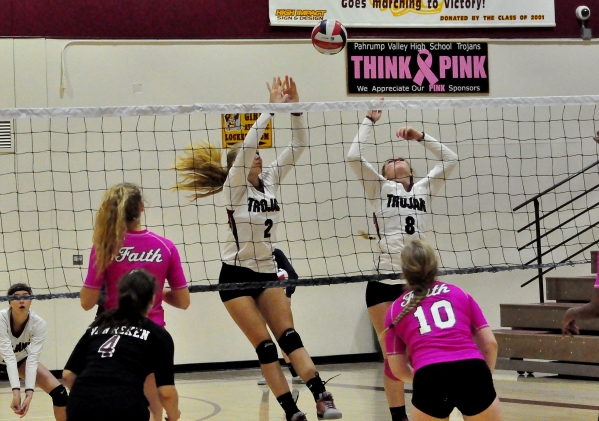 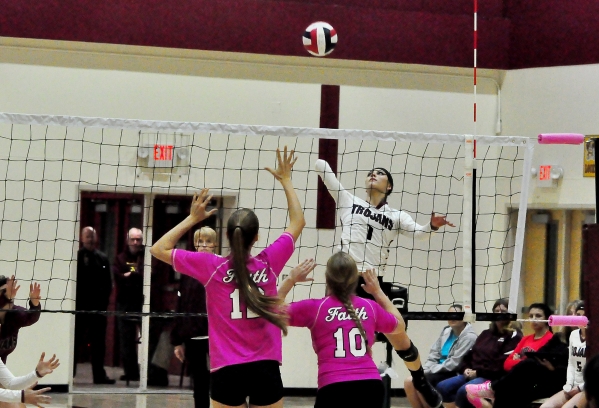 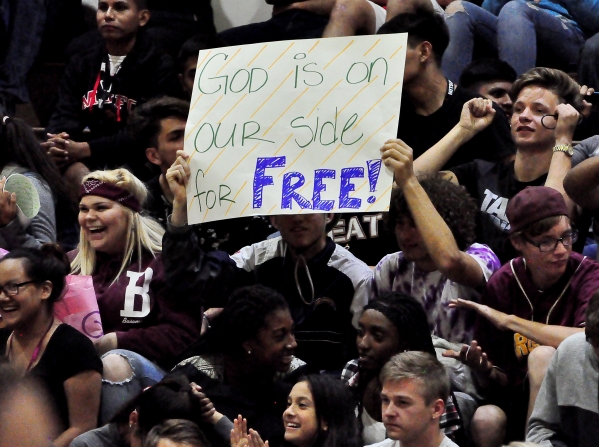 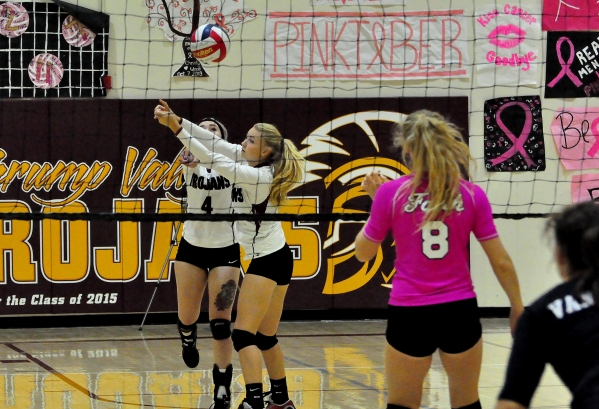 Trojans volleyball hosted Faith Lutheran for the last time on Wednesday. Pahrump lost to the visiting Crusaders in three sets, 25-13, 25-12 and 25-19 and now will set their sights on the playoffs as the fourth place seed.

The Trojans went into the game with Faith Lutheran (24-11 overall, 13-0 Sunset League) with a positive attitude and used the game to polish their defense and to get ready for their playoff game at Virgin Valley (23-7, 13-0), who is the first place seed of the Sunrise League, on Nov. 4 at 6 p.m.

How good was Faith Lutheran? This is a team that at the beginning of the season took on a strong Division I Bishop Gorman team and beat them in five sets. The team plays good defensive ball and has some zip to their offense so that every play they hit the ball hard. Their defense rarely makes mistakes.

Pahrump (18-16, 8-6) played good defensive ball and won some rallies against the Crusaders, but to beat them a team has to win all the rallies.

“We played well defensively tonight,” Trojans coach Jill Harris said. (Trojans play Virgin Valley, the top seed of the Sunrise League in the first round of the playoffs on Nov. 4).

The Trojans were able to field a lot of what the Crusaders threw at them, the only problem was when the Trojans hit the ball hard on offense, most of the time Faith Lutheran was able to dig the balls out.

In the third set the Trojans stepped it up and scored 19 points against Faith Lutheran.

To give you an idea how the Trojans did defensively, Jill Smith had 10 digs and Lauren Ashford had 7. Both those girls were flying around the court.

Ashford said despite the loss she felt great going into the Virgin Valley game.

“I feel really confident,” she said. “Against Faith defensively we were doing well. I think we have picked up our communication since the last Spring Valley (13-11, 9-5, third seed team) game and we even beat them in a tournament last weekend. I think the mood of our team is great going into the playoffs and we have all stepped things up in the second half of the season.”

Virgin Valley played a top Division I team, Shadow Ridge, which is first place in the same league as Bishop Gorman, but lost.

The Trojans beat Boulder City (20-8, 12-2) one out of two times and played Tech (the fourth place Sunrise League team) and beat them twice.

So the Trojans should be on par with Virgin Valley.

“I don’t think Virgin Valley has what Faith Lutheran’s got,” Harris said. “They are not bad, we can handle them (Virgin Valley).”