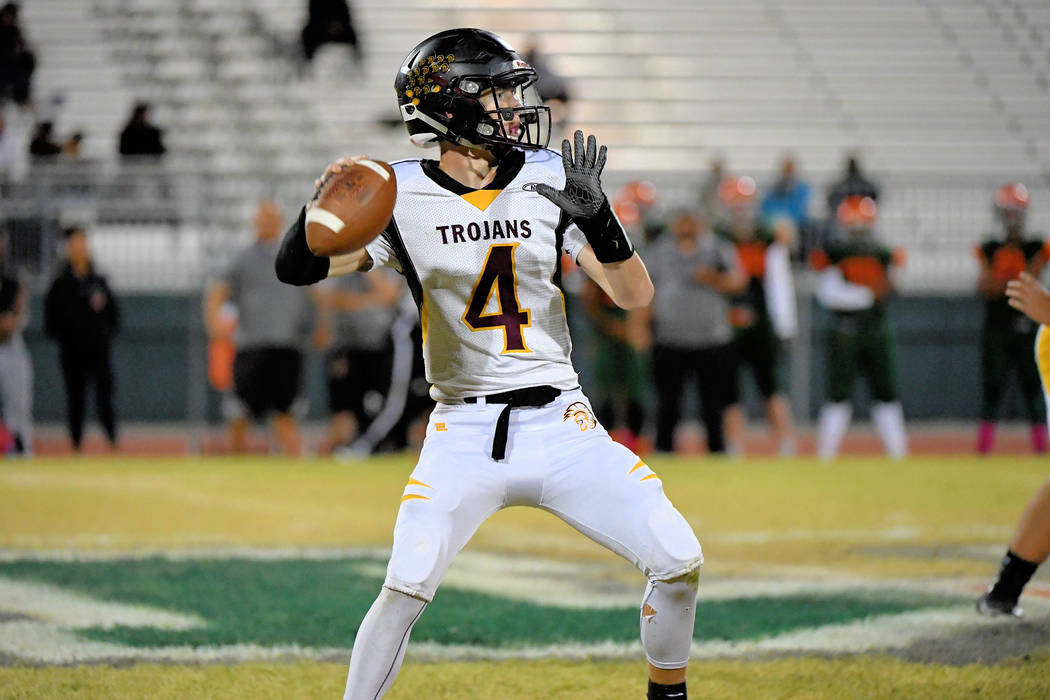 Peter Davis/Special to the Pahrump Valley Times Senior Dylan Coffman drops back to pass against Mojave. He will be moving on, but the Trojans have junior Tyler Floyd, who has come in for Coffman this year to get some playing time. 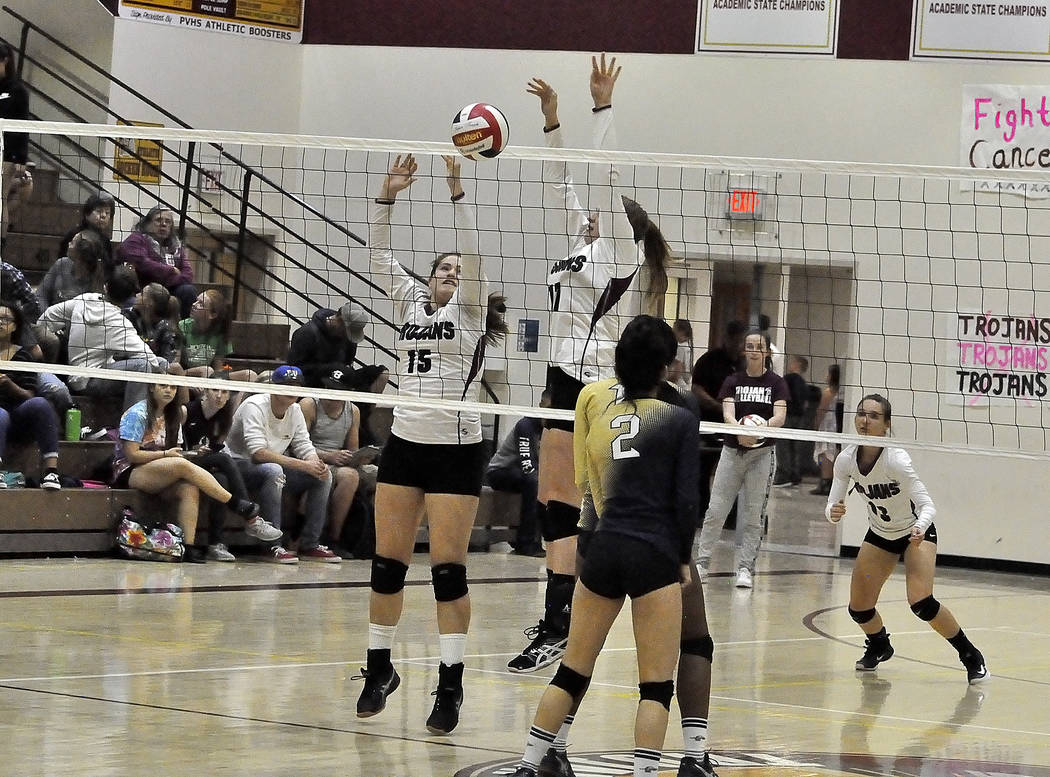 Horace Langford Jr./Pahrump Valley Times The Trojans dynamic duo, Kathryn Daffer and No. 15 Kylie Stritenberger took on all comers this year at the net. Daffer is a freshman and Stritenberger is a sophomore and they both should be back next year to play for the Trojans.

Pahrump Valley in the playoffs

The Pahrump Valley Trojans volleyball team played the No. 2 seed Boulder City Eagles in the regional tournament last week on Thursday and lost in three sets, 25-12, 25-14, 25-19.

The Eagles then went on to capture the regional title, beating Moapa in four sets, 25-23, 25-23, 10-25, 25-23. They will face the second-seeded Northern team, Truckee at Faith Lutheran High School in Las Vegas.

The Trojans had a great season. Trojans girls coach Jill Harris was proud of the heart the girls showed during the season. She said her team also showed a tremendous amount of growth.

This year’s team had only two seniors leaving and should come back strong next year.

In football, the Trojans lost a tough game to Virgin Valley, 43-34. Pahrump could not shut down Virgin Valley running back Jayden Perkins, who had 26 carries for 357 yards and five touchdowns.

The Trojans finished the year 4-6. The year was one of parity in the league, meaning any team could beat any other team.

With the exception of the Desert Pines game, the Trojans scored in every game. And even in that game, Pahrump had numerous opportunities to score. The team is mostly juniors and sophomores this year and comes back with an experienced line and more than enough experience at running back.