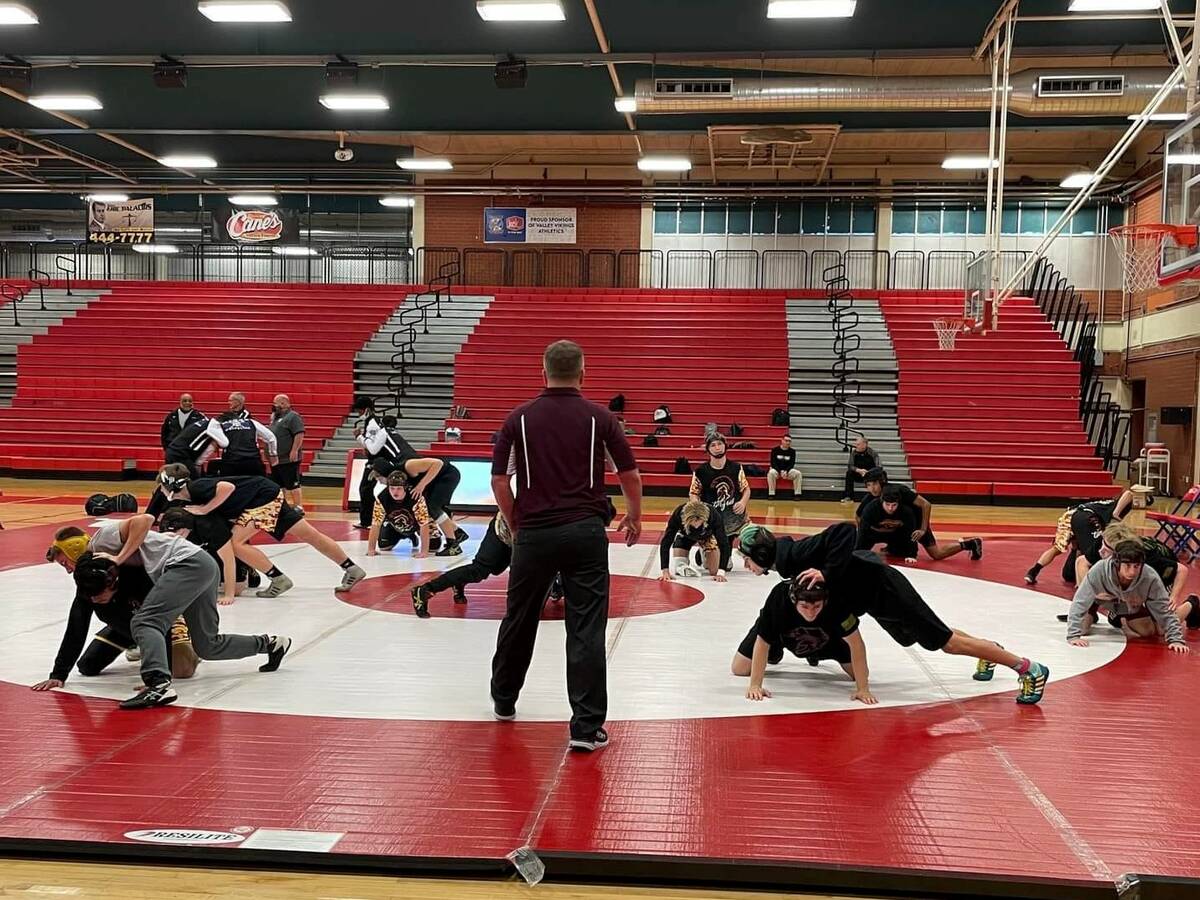 The Pahrump Valley wrestling team returned to action Wednesday night from their holiday break to participate in a four-team meet that took place at Valley High School.

The four teams that participated in the wrestling meet were the Pahrump Valley Trojans, the Virgin Valley Bulldogs, the Valley Vikings and the Sunrise Mountain Miners.

The Trojans finished with a perfect 3-0 record in the meet, including a 63-18 victory over the rival Bulldogs.

“We were really excited about that,” Rieger said of his team’s win over Virgin Valley. “Virgin Valley has a great program. The boys wrestled aggressive and got after it.”

The Trojans’ largest victory came over the Miners by a score of 78-0. Coach Rieger did mention that a lot of the wins were by way of forfeit due to Sunrise Mountain only having three available wrestlers.

In the final matchup, the Trojans went up against the Vikings. Pahrump Valley came away with a 78-6 victory.

“They were a young team,” Rieger said of Valley’s team. “Our boys were wrestling pretty aggressively and they’re tough.”

“We wrestled a lot in November and December,” Rieger said. “Over Christmas break there really wasn’t anything going on except practice. That varsity group, they came in and worked hard. A wrestling practice at Pahrump Valley High School is a big grind. It was a good night, we were really excited. The payoff is what happened tonight.”

The Trojans are now 5-0 in conference play and sitting near the top with Boulder City.

Pahrump Valley’s next meet will be at the Spring Creek Kiwanis Invitational being held at Spring Creek High School on Jan. 14 and 15.