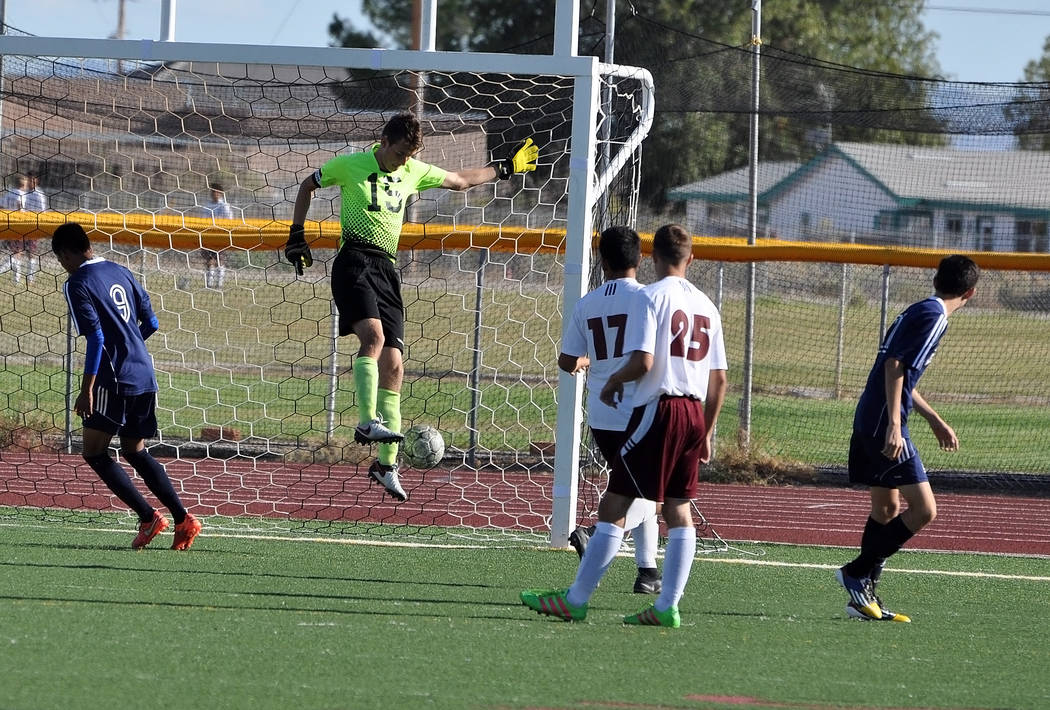 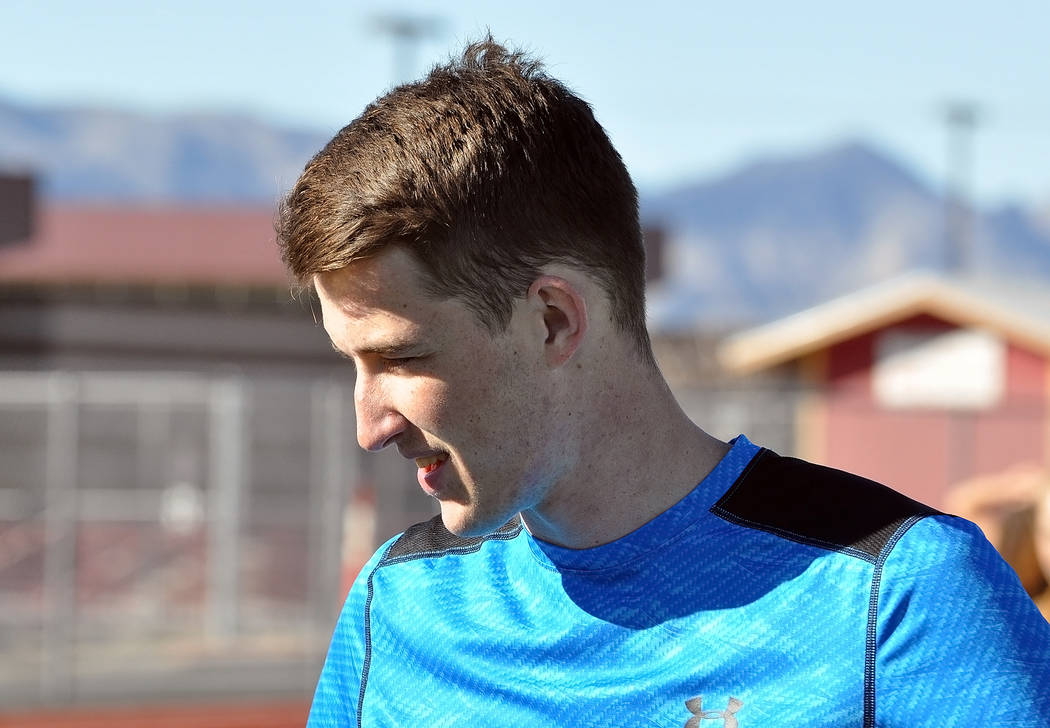 Nick Harris played goalkeeper for the Trojans and plans on pursuing a career in law enforcement. He will play soccer for Utah State University Eastern next season. Horace Langford Jr. / Pahrump Valley Times

Senior Trojans soccer player Nick Harris has signed with the Utah State University Eastern in Price, Utah. He will go up for media day on March 24.

The college is in the state university system and Price is a smaller town than Pahrump, with a population of around 8,700 people. It is located in west-central Carbon County at the northwestern edge of the Colorado Plateau.

The 6-foot-5-inch goalkeeper was credited by his coach for keeping the Trojans close and in contention in a lot of games.

Icard appreciated all the work that Harris put into his training.

“Harris has worked hard all summer, he put in a lot of training hours by going to camps this summer,” Icard said.

Harris said he worked on his goalkeeping skills with Dan Schell, the University of Nevada, Las Vegas goalkeeping coach during the summer. It was then that Harris knew he wanted to play college ball.

“I started talking to coaches and contacting them way in the summer,” he said. “I have a good chance of playing, he only signed one other goalkeeper. The coach likes me for being tall and lanky.”

Harris has been a three-sport athlete for the Trojans for all four years at the school. He has played soccer all four years, basketball, track and even some baseball. But his favorite sport has been soccer.

“I love soccer and I like everything about it,” he said. “I have played goalkeeper since I was 12 years old.”

Harris plans on majoring in criminal justice and hopes to someday make a career in law enforcement.