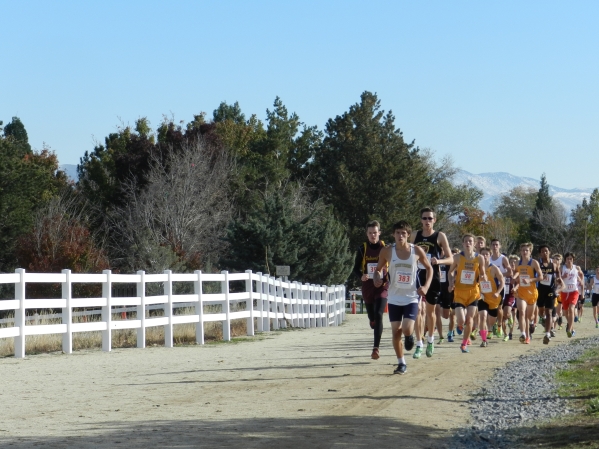 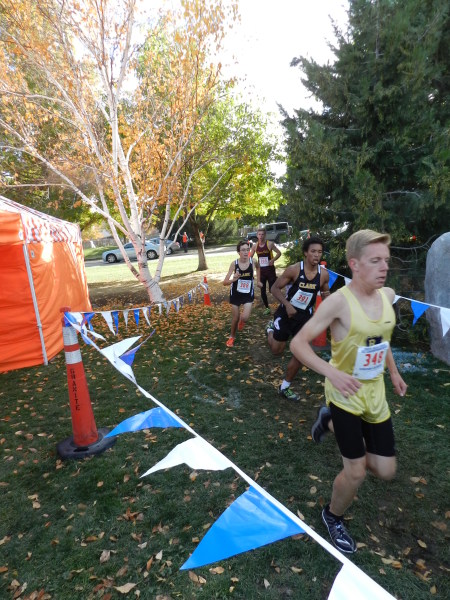 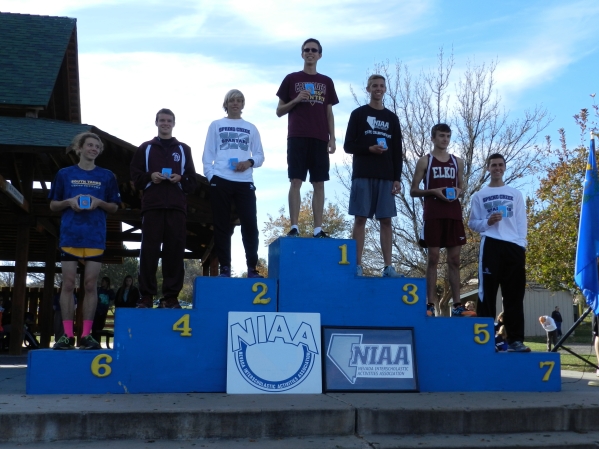 For the first time in over a decade, the Trojans boys cross-country team ran in a state meet and although they were not state champions, this was a start.

The Trojans finished in sixth place at the Nevada Cross-Country State Meet. The last time the boys went as a team was in 2002.

Odegard said he wished he had done better.

“I finished in fourth last year and I was shooting for second place this year,” he said.

When asked what kept him from achieving his goal, he replied, “I think it was the course because this was the first time running this course for me and our team.”

Another problem was the altitude. The city of Reno is close to 5,000 feet above sea level and this took its toll on the Pahrump ground dwellers.

“I think we need to do some altitude training next time before running this course,” Odegard said. “Also it was colder than we were used to. But we will do better next time. I think just making it to state was a huge feat for our team. We don’t have the same pool of talent to choose from like the other schools. We will be recruiting more this year.”

Being familiar with the course does have its advantages. On the championship course used there was a large hill two miles into the course that sucked the energy out of the Southern runners.

“That’s what got me,” Odegard said. “it just took a lot out of me and after that I was definitely breathing harder.”

Despite the sixth-place finish, Trojans coach Matt Kolodzieczyk was still excited about what the team accomplished.

“Our goal was to make it to state and we did that,” he said. “I am proud of what they accomplished.”

He said coming up north was a definite challenge for his runners.

“The altitude had an effect on the runners and most of them had headaches after they ran,” the coach said.

Kolodzieczyk said he has plans to bolster both teams for next year. The girls could use some more runners because they will be losing four out of nine runners. The boys had up to 19 on their roster but not all finished the season.