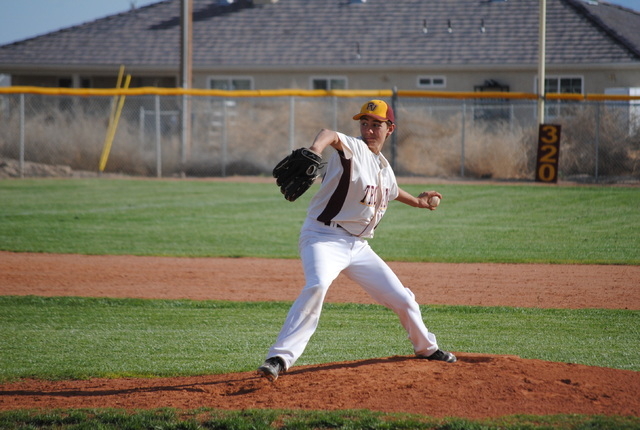 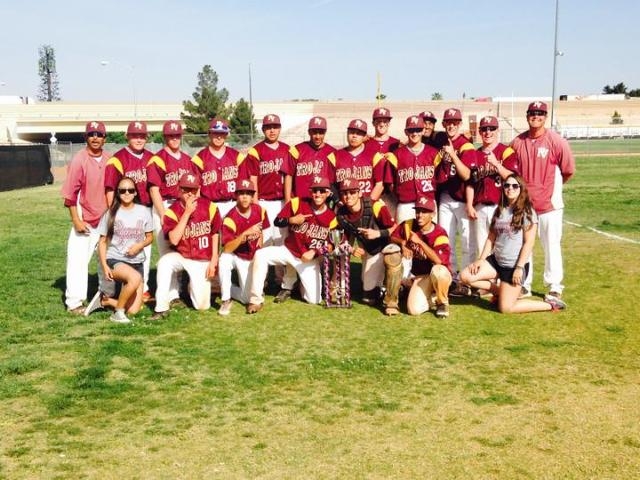 The Pahrump team (16-5 overall, 4-1 Sunset League) won their 16th game after beating Canyon Springs High School in the championship game of the tournament, 6-5 in seven innings of play.

Drew Walker gets the credit for the win for the game and pitched a whole game. Trojans Coach Brian Hayes said Walker was named the player of the game.

“Drew pitched a complete game, allowing only five hits and three earned runs. He pitched around six walks and also finished 1-3 at the plate with a run and an RBI,” Hayes said.

In tournament play the team with the best pitching staff usually will win. According to Hayes, a team’s ability to play in tournaments will determine how far they make it in the playoffs.

“We wanted to use this tournament as a prep for the playoffs,” Hayes said. “Our goal for the tournament was to win at least three games and have one loss or less. We used our pitchers just as we would for the regional tournament.”

During the tournament the Trojans pitchers allowed just 11 earned runs, walked only 8 batters, gave up 34 hits and struck out 18 batters.

Hayes said the tournament prepared his players for the playoffs but also gave his younger pitchers a chance to play in big games.

“We gave a few of our younger pitchers (Garret Lucas and Drew Walker) an opportunity to pitch in a big game to see how they would do,” he said. “Lucas won the semifinal game and Walker won the championship game. We still had Kyle (Kral) available (he only threw 60 pitches the day before) and could have used Yoshi (Josh Mortensen) if needed.”

Hayes believes his pitching has really improved this year.

“We feel that our pitching staff is solid,” Hayes said. “We don’t have anyone that is going to blow anyone away, but our guys throw strikes (We only walked 8 hitters in 5 games during the entire tournament and 6 were from Drew during the championship), and if our defense makes plays we will be a tough team to beat.”

Trojans defense was consistent and had 13 errors in the series. Their worst game was against Tech, where they gave up 5 errors.

Hayes said he spoke with the team after winning the tournament and told them that the scary thing about their team is that they have yet to put everything together, pitching, defense, hitting, and mental toughness.

“We are sitting in a good position to reach our team goal (finish top 2 in league) heading into spring break, but like we told the kids yesterday after our tournament win, ‘It’s not how you start, but how you finish,’” he said.