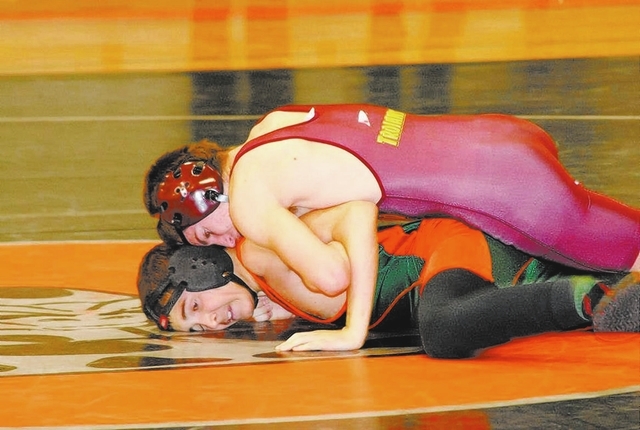 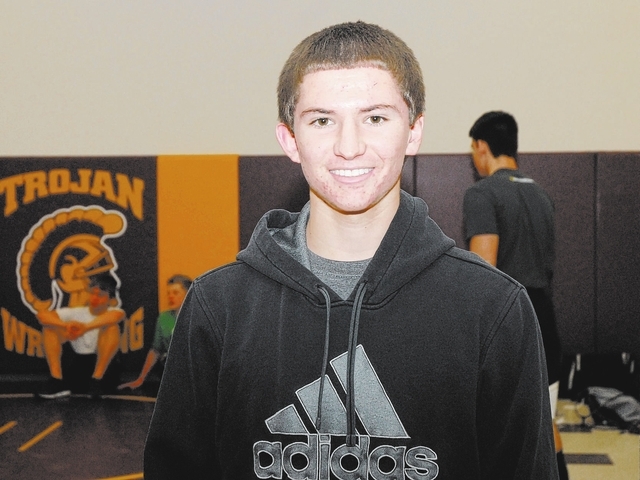 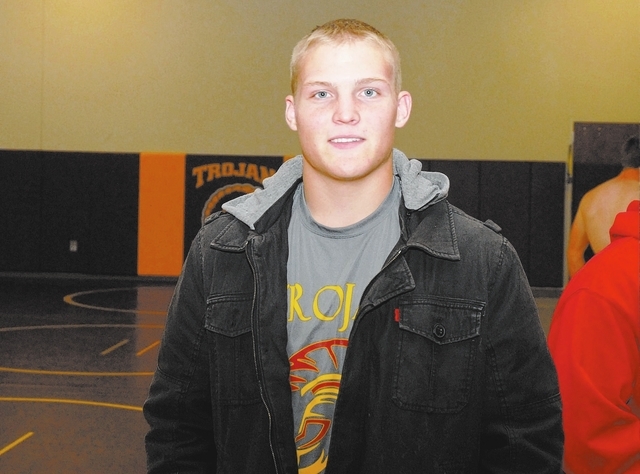 The Trojans wrestling team was at the Spring Valley Duals at Spring Valley High School in Las Vegas where they had to wrestle five teams in one day.

“We had another good weekend. No surprises, but I thought we wrestled well. I really did. There were ten teams there. Spring Valley was a good team,” he said.

The Trojans wrestled Clark and won 62-17 and then faced Las Vegas which was a bit tougher to beat.

“We were down 27-12 against Las Vegas. We got four pins in a row and that put us up 36-27 and we beat them 39-30. We started getting those pins from 182-weight class to the heavyweight class. It started with Abraham Preciado Castro getting a pin at 182, Jax Clayton got a pin, Jeremy Coats got a pin and finally Jace Clayton got one,” Rieger said.

Rieger said Arbor view was next and the team beat the Aggies 63-13.

“We have not beaten Arbor View in three years. I was surprised by that,” the coach said.

The Trojans faced their fourth opponent, Foothill High School. The squad had wrestled them at the Boulder Duals and lost. This time was a little different.

“Foothill beat us by 15 points last time and this time around it was 29-29 going into the last match and we got pinned. We were tied and Antonio Sandoval got pinned. He is only a sophomore, but he is getting better. Foothill and Spring Valley was in the finals,” the coach said.

The Trojans met Sierra Vista in their final match of the tourney. Sierra Vista finished second in the other pool. Pahrump had beaten them before at Boulder City so beating Vista 66-3 was no surprise.

In the heavier weights, junior Jax Clayton at 195 is 9-0. He is the only undefeated wrestler for the Trojans. Rieger feels he is one of the toughest wrestlers on the team.

Jax had this to say on his wrestling this year.

“My brother is not taking it very well because there is always competition between him and I. There is always tougher competition with the bigger schools and that is what makes you a better athlete. Since last year I have improved my moves on the bottom. I practiced more so I am able to get out quicker and I won’t lose as many points on the bottom,” he said.

Nelson said his toughest match of the week was against a wrestler from Foothill.

“I faced him at Boulder City and he beat me with two seconds left because I messed up. I was winning on points 13-8 and I tried to jump over him. I did it in a wrong way and he caught me and pinned me in a half with two seconds to go. I was not going to let that happen again. I wrestled him again and won on points. That was probably the hardest one. The one from Las Vegas the coach kept telling me to drive and I was winning on points and the coach kept telling me to go, and I pinned him with 20 seconds left,” Nelson explained.

When asked what the one thing he improved on since his sophomore year was, he replied, “My mental toughness is a lot better than last year. It does not matter who is in front of you, you just got to keep going.”