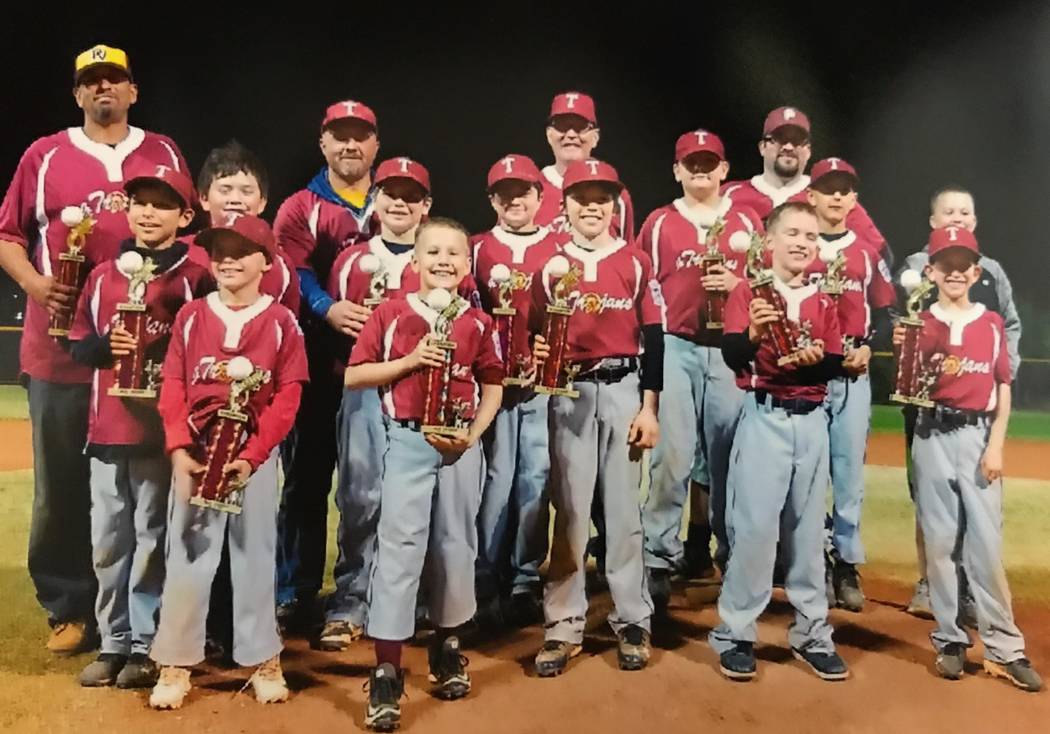 Special to the Pahrump Valley Times The P-Town Trojans, AAA division, won first place for the 2017 Fall Ball Championship. The final game was played at Doc Romeo Park in Las Vegas on Nov. 16 against the Western Yankees. 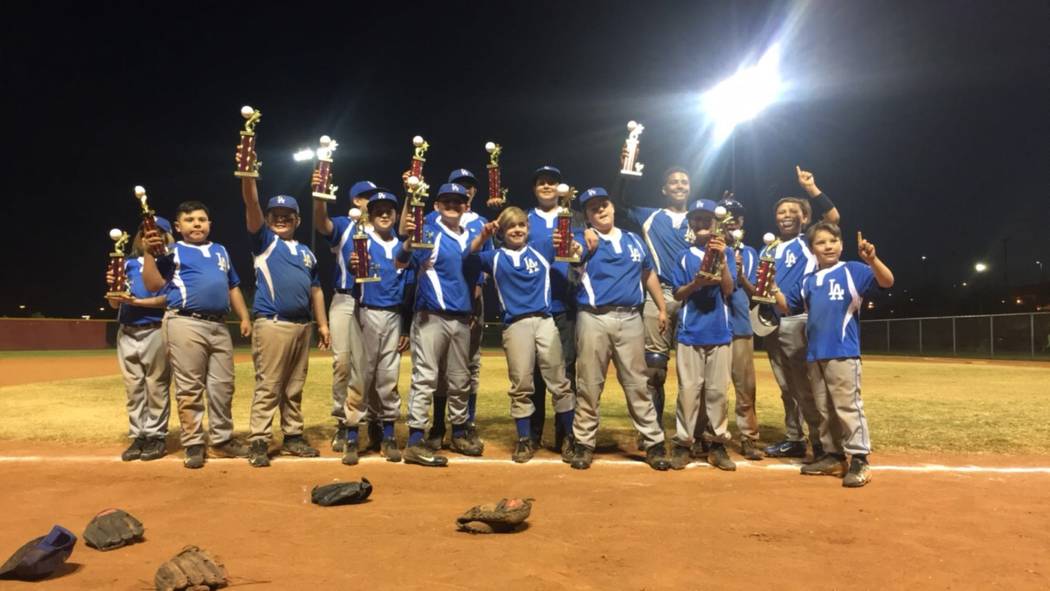 Special to the Pahrump Valley Times The P-Town Dodgers took first place in the majors' division during the 2017 Fall Ball Championship. P-Town Dodgers was one of two Pahrump teams that took the top spot designation for the season, running from late September to mid-November. A total of four teams were in the running.

The Fall Ball season, which ran from late September to mid-November, was hosted by Western Little League and Lone Mountain Little League. Games were played in Las Vegas at the Doc Romeo Park and Ian Deutch Memorial Park in Pahrump.

The Pahrump Nugget 250 races through the valley on Dec. 2 and will be the last race for the Best in the Desert Racing Association for the 2017 season.

Fans will get to see some of their favorite drivers race through the valley, like Jason Voss, who took first at the Vegas to Reno race this year and won the SCORE International Baja 1000 last year. Last year the race was won by Trick Truck racer Clyde Stacy out of Bristol, Virginia. Voss came in second.

Voss and Rob MacCachren will be going for another win at Baja this year. Voss is currently going for the Best in the Desert Racing Association championship and has 534 points going into the last race. Adam Householder is next with 488 points. A win could seal the deal for Voss.

The race will attract around 160 off-road racers (cars/trucks/UTVs) and will start in Johnnie and finish at the Pahrump Nugget.

Residents will notice a surge of visitors to the town (an extra 3,000 people).

Expect delays on Highway 95 between Beatty and Pahrump on Dec. 2 as the racers will follow Highway 95 part of the way.

Pahrump residents will also notice a surge of activity in the mornings at the gas pumps and convenience stores.

Also, if people are looking for hotel rooms in town for that weekend, they are sold out. Rooms went for as much as $220 at Best Western per night, according to Expedia.com.

The racers will get a police escort from the Pahrump Nugget to the start at Johnnie and will cover some 255 miles through parts of Amargosa Valley. The race comes within a quarter-mile of Yucca Mountain.