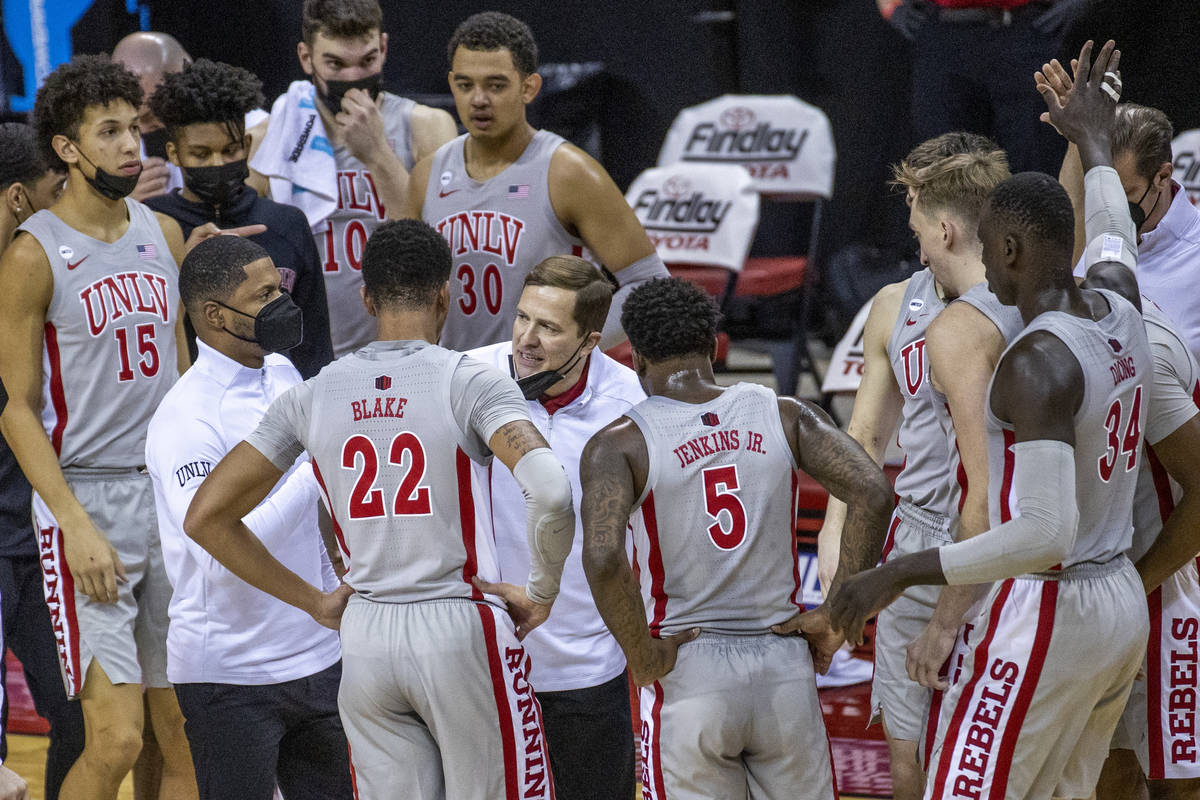 UNLV Rebels head coach T. J. Otzelberger counsels his players during a timeout versus the New Mexico Lobos during the first half of an NCAA men's basketball game at the Thomas & Mack Center on Saturday, Jan. 16, 2021, in Las Vegas. (L.E. Baskow/Las Vegas Review-Journal) @Left_Eye_Images

“This gift is transformational in every regard,” UNLV President Keith Whitfield said in a statement. “The impact on our basketball programs and athletics department is monumental, and what it will mean for student-athlete success is even more exciting. It is a tribute to the trajectory of UNLV athletics and a testament to a true Rebel in Jim Baumberger, who leaves us a life-changing legacy.”

Baumberger, a German immigrant who settled in Las Vegas in the 1960s and remained there until his death in July 2016, was a dedicated fan of UNLV’s basketball teams and became a mainstay at the Thomas &Mack Center.

The donation will help provide scholarships and strategic support to the basketball programs.

“Mr. Baumberger was one of the most dedicated Rebel fans that we have ever had,” UNLV athletic director Desiree-Reed Francois said in a statement. “And his commitment to education was truly inspiring. Jim believed that education transforms lives, and this gift pays tribute to the belief that athletics can be a vehicle for life-long success as well as to bring people in a community closer to one another.”

A ceremony before Monday’s game against Air Force was held to reveal Jim Baumberger’s name on Tarkanian Court at the Thomas &Mack Center.