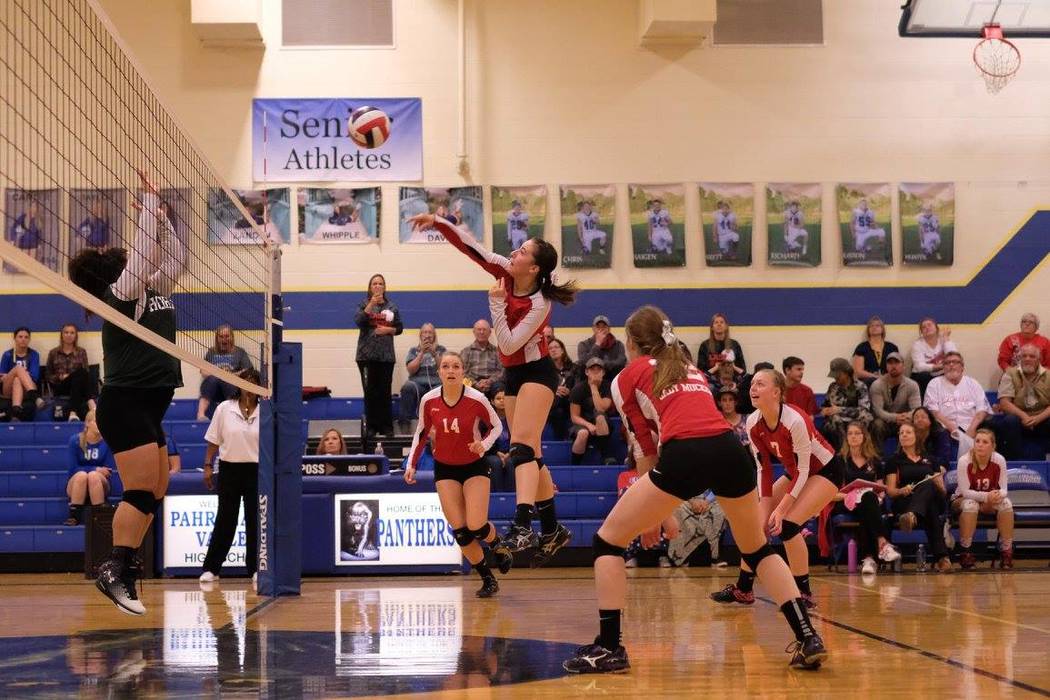 Melissa Jennings/Special to the Pahrump Valley Times Beca Mancha goes on the offensive for Tonopah as she gives the ball a good whack against Beatty last Saturday in the regional semifinal. 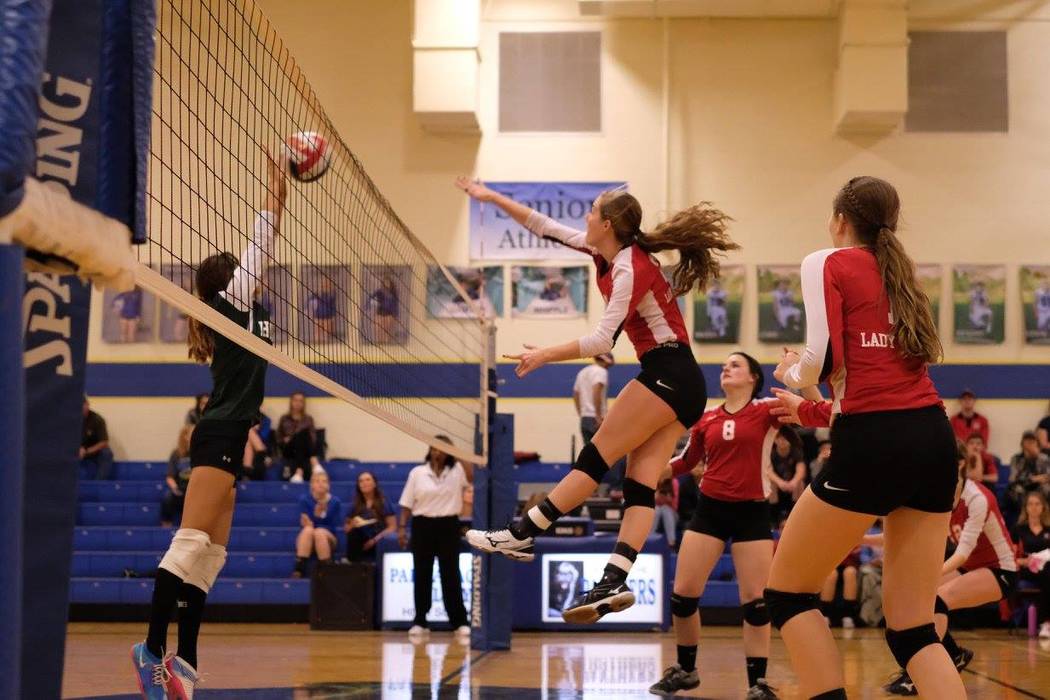 Melissa Jennings/Special to the Pahrump Valley Times Lauren Klapper goes high against the Hornets in the regional semifinal. The Muckers now face the Northern number one seed Owyhee on Friday at 3:50 p.m. at Faith Lutheran High School. 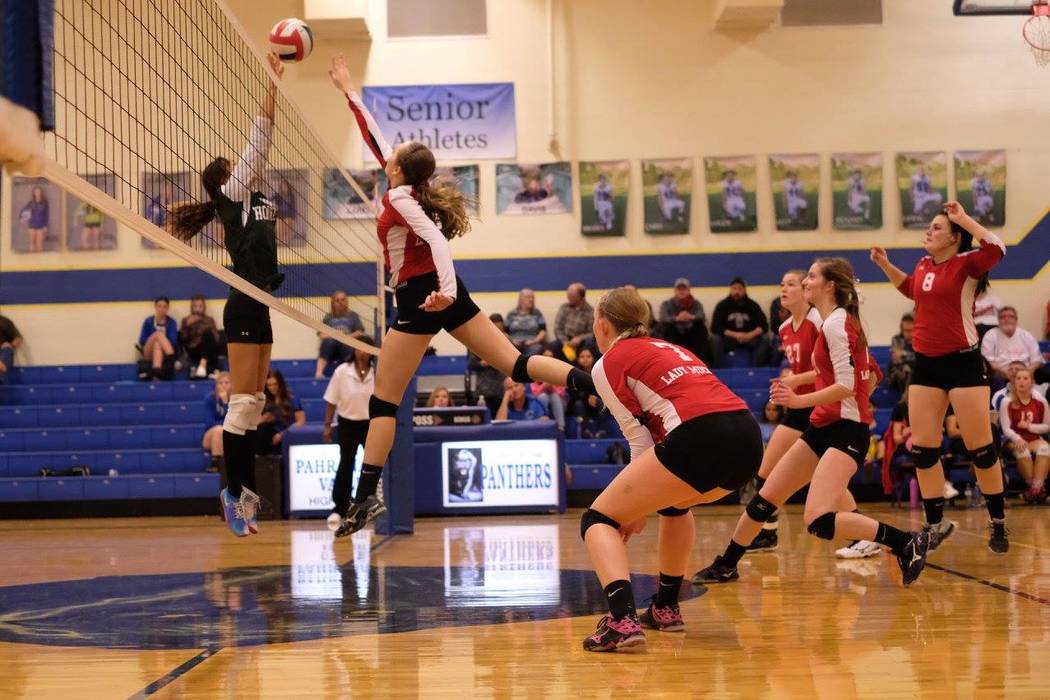 Mandy Katzenbach gets some air time against Beatty. The Lady Muckers beat the Hornets in three sets and advanced to the regional final game, where they lost in three to Pahranagat Valley.

The Tonopah Lady Muckers volleyball team advanced to the final round of the Southern Regional Class 1A volleyball tournament by defeating Beatty at Pahranagat Valley High School on Nov. 4 in three sets, 25-15, 25-20, 25-16.

She said North had 21 assists and no ball-handling errors. Amanda Katzenbach and Lauren Klapper each had eight kills, Delaney Friel had six kills. On defense, Beca Mancha had 11 receptions and nine digs, while Lauren Klapper had 12 digs and nine receptions. Mayci Philips added ten digs and eight receptions.

The coach said defense was a key factor in the win.

“The girls did very well on defense, where it is so very important,” Jennings said. “Offense came easy because of the great defense and I am happy with the win.”

Tonopah then had to play Pahranagat Valley (19-11, 8-0) that same day, a team they had not beaten all season.

Jennings said the Panthers made it very difficult, with attacks coming quickly and continuously.

“We just couldn’t get our offense in gear,” said coach Jennings. “Karley Whipple made things very challenging for our blockers and we did not anticipate or react as quickly as I would have liked.”

For the Muckers, the high scorer was Tessa North, with four points and Delaney Friel, with three points. Tessa set for six assists and Lauren Klapper led the team with three kills.

“We had a lot of errors, both on service reception and on digging,” said coach Jennings. “We will work on the reception arrangement this week and our digging so that we are better prepared for Owyhee on Friday. Nevertheless, we are very excited to be headed to state.”

The volleyball team’s match will be at 3:50 p.m. on Friday against Owyhee, the first seed Northern team, at Faith Lutheran High School in Las Vegas.