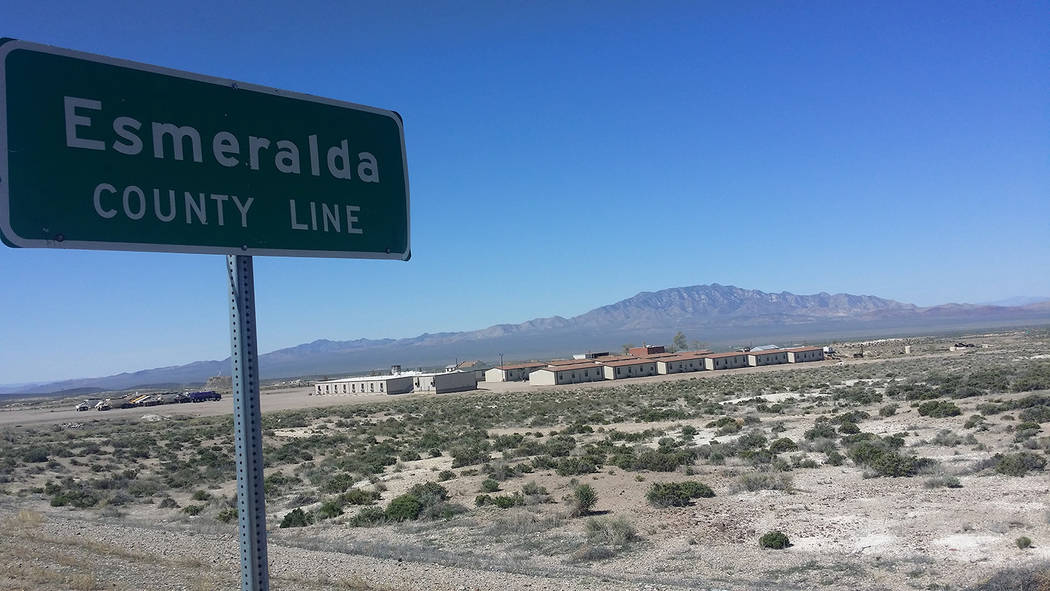 Tonopah has been a mining town ever since it was established, but even after the mineral production boom ended, it continues to see a high number of miners who work in the area by day and come to Tonopah to eat and sleep by night.

Tonopah Hospitality Services Vice President of Operations Bruce Jabbour, whose facility includes an RV Park and a cluster of dormitories commonly known as the “man camp,” said he had seen an increase in stays mainly because of an ongoing expansion of Round Mountain.

“Where the influx of demand came from was actually Round Mountain Gold expansion project,” Jabbour said in an interview.

Those who stay at the man camp, can pay on a daily, weekly and monthly basis. A two-bedroom with a kitchen, bathroom and a living room goes for $84.35 per night. Included in the rate are utilities, cleaning and amenities.

The occupancy rate at the man camp is currently at 95 percent. The clientele is made up of the workers from Round Mountain, government employees, geologists, and corporate employees.

“It’s definitely increased in the (last) year,” Jabbour said about his occupancy rate. “We were at 70 percent last year ( at the same time ) and now we are at 95 percent.”

Currently, man camp has approximately 15-20 people on the waiting list, and the majority of those who are waiting are employees of the companies who have already stayed at Jabbour’s establishment.

“As people move out, transfer, move on, and something opens, whoever is first on the list, we call (them) to see if there’s still need of accommodation,” Jabbour said.

On average, workers stay at man camp from one to four months. Only a quarter of his guests stay less than a month, Jabbour said.

Still, he doesn’t think the widely-used moniker accurately represents his business, as female workers also stay at the man camp.

“It’s not accurate to call it a man camp when we have female workers here,” he said.

Many of the projects around Tonopah have a cyclical nature. Workers arrive from other states when the construction phase is going on and leave when the project is completed. That has been the history of the area that encompasses Tonopah, Goldfield and Round Mountain.

Joanne Campbell, general manager of Best Western Hi-Desert Inn in Tonopah, said that the Best Western sees a lot of guests who stay 2-3 days and some who stay longer.

“We don’t track exactly where they are going to work, we just know they are here for business,” Campbell said.

When Jabbour’s facility that traditionally houses long-term guests can’t accommodate them, he calls other hotels and motels in town to help them find accommodation.

“It’s not just for us and our facility. … If we are full, I refer them to other properties that are in town, because it only makes sense for the growth and infrastructure and benefit of the town of Tonopah,” Jabbour said.