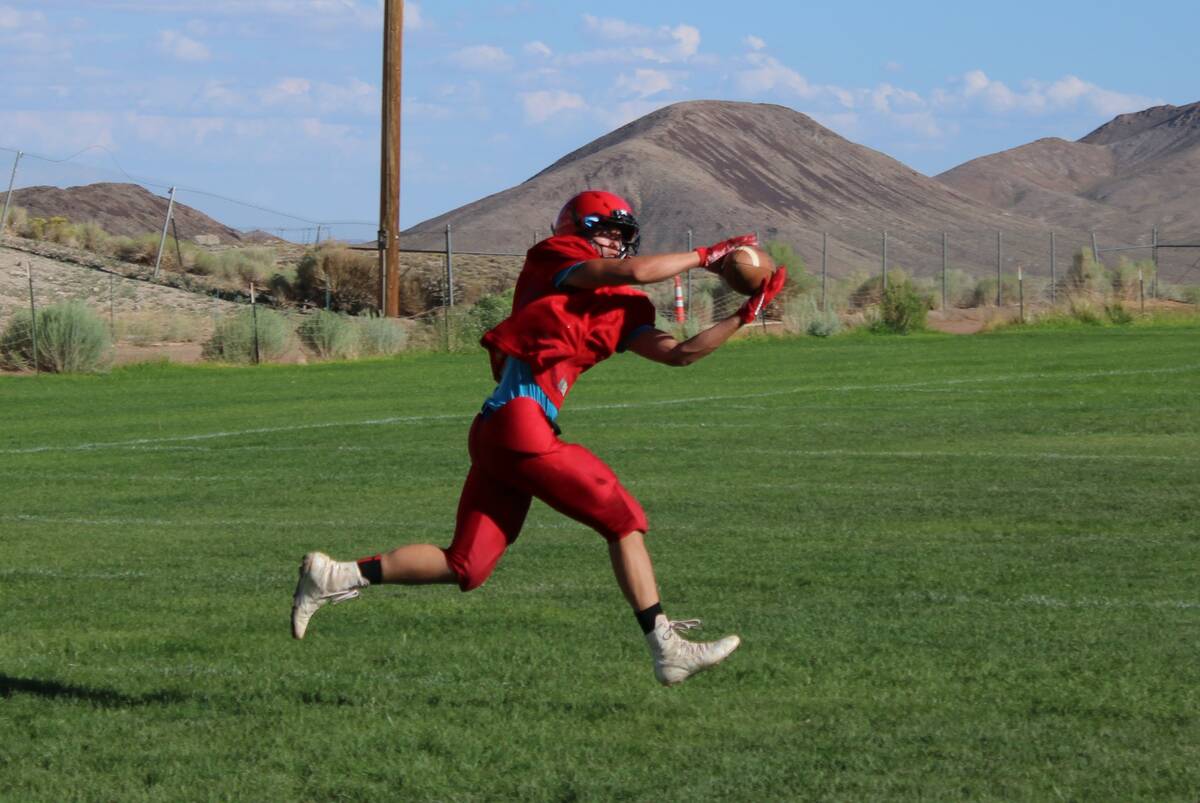 Danny Smyth/Tonopah Times The Tonopah Muckers hosted the Wells Leopards in their home-opener on Friday, Sept 2. The Leopards came away with a 63-26 victory.

For the second game in a row, the Muckers were led by sophomore Mitchell Miller on both sides of the ball.

Miller led Tonopah in all-purpose yards with 140 total yards, all of which came on the ground. He had 18 rush attempts in the game and eclipsed the 100-yard mark for the second time this season.

On the defensive side of the ball, Miller had a game-high 14 total tackles, including 10 solo tackles.

Tonopah head coach, Duffy Otteson, said after the game that Miller has been working hard on both sides of the ball and his tackling has great form during games.

In addition to his yards, Miller also scored three touchdowns in the game. Two of the touchdowns came on the ground and one was a kickoff return.

Despite another stellar performance by the young man, the Muckers found themselves in a hole early and were unable to dig themselves out.

“The kids played hard with adversities from the week,” Otteson said. “These kids are going to be fun to watch the more they grow.”

Sophomore quarterback Drew Otteson finished the day with 83 total yards. He completed six of his 14 pass attempts for 54 yards while throwing one touchdown and one interception.

His favorite target in the passing game against Wells was senior receiver Jake Calloway. Calloway finished the game with four catches for 31 yards.

Calloway tied for second on the team in tackles against Wells with six and added an interception for the Muckers’ defense.

The Muckers will be heading up to Carlin to take on the Carlin Railroaders this Friday, Sept. 9. One of these two teams will come away from the matchup with their first victory of the season as they both will enter the game with 0-2 records.

Last season, Tonopah defeated Carlin by a score of 58-14.

Kickoff for the game is scheduled for 7 p.m.