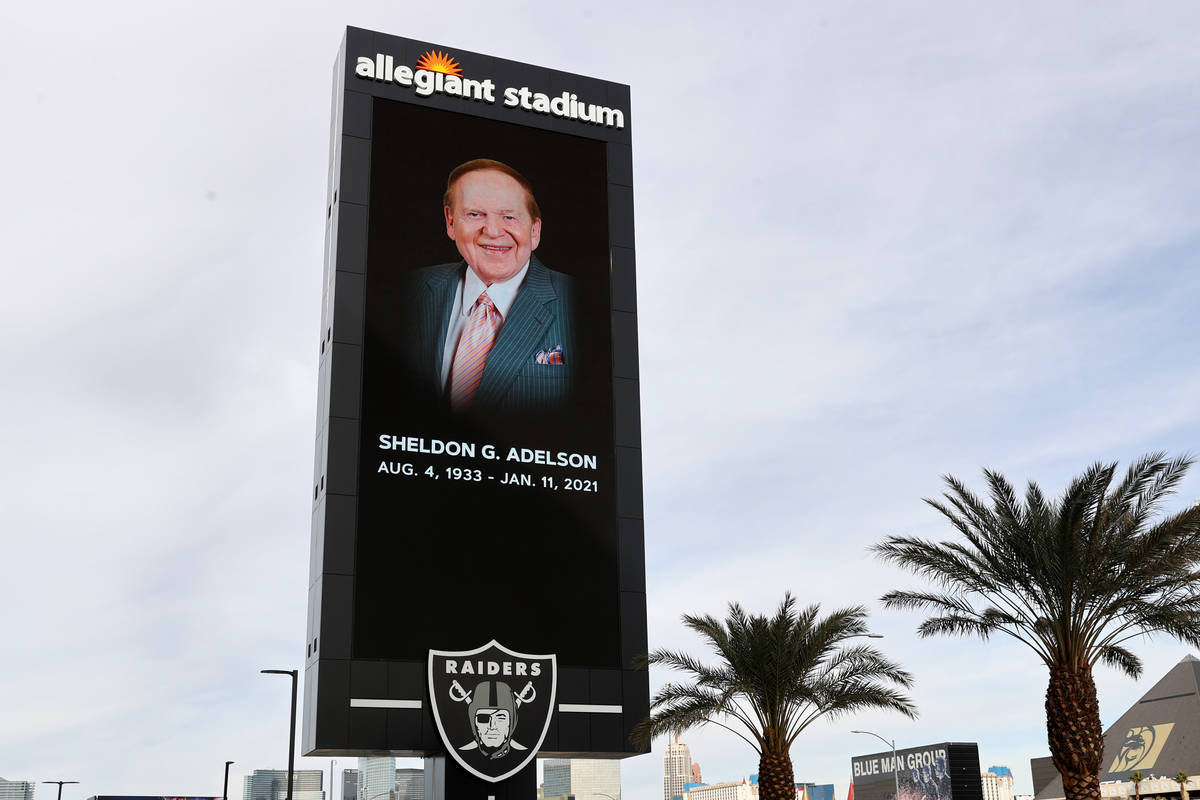 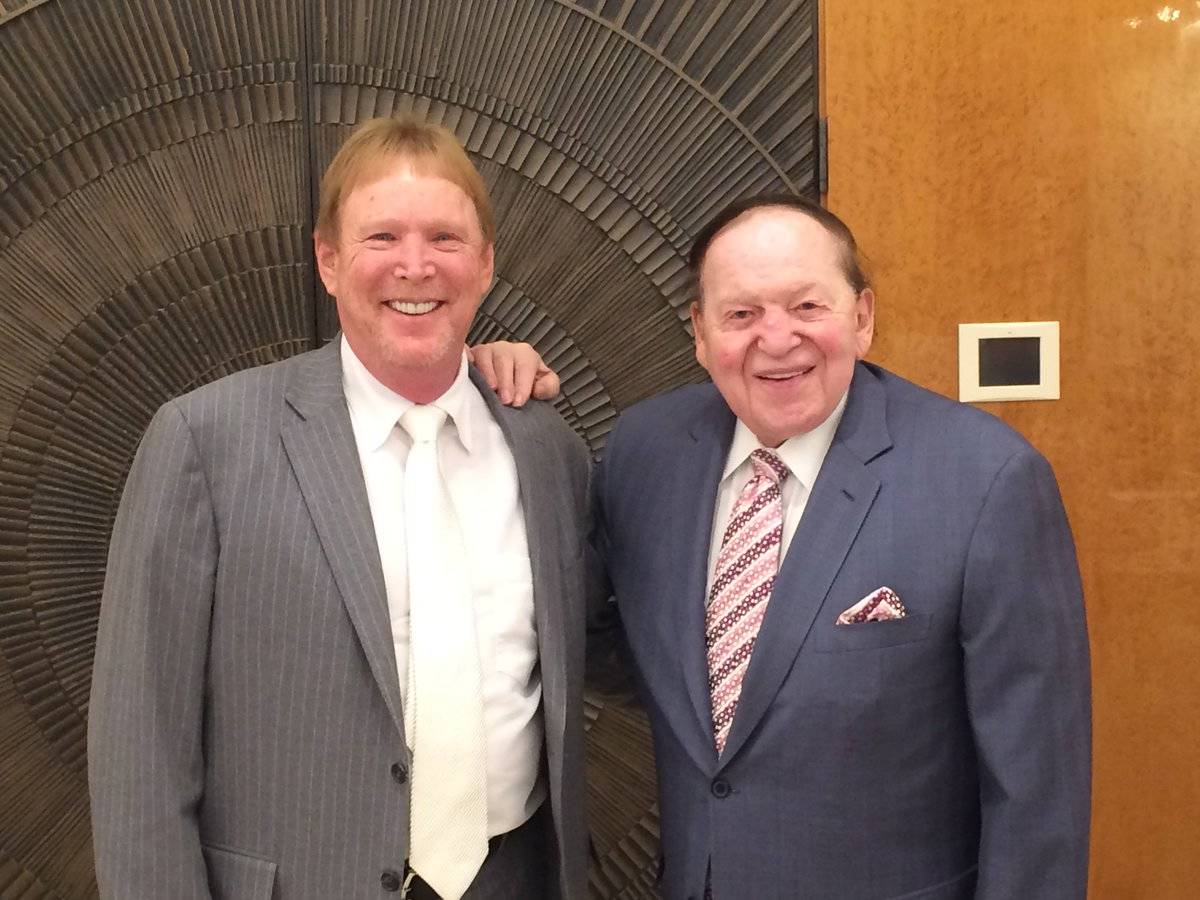 It was January 2016 when Oakland Raiders owner Mark Davis visited Las Vegas to meet with Sands Chairman and CEO Sheldon Adelson about the possibility of an NFL stadium being built in Southern Nevada.

Davis, at an impasse in Oakland over a new facility, was looking to relocate his franchise.

“I think the Raiders like the Las Vegas plan,” he said two months later.

The major force behind it: Adelson.

The luxury resort developer and philanthropist died Monday night at his home in Malibu, California. He was 87.

The construction of Allegiant Stadium, a $2 billion marvel that is home to the Raiders and UNLV football, made it possible for NFL owners to approve relocation and deliver their expansive and influential brand to this market.

Know this: None of that happens without Adelson.

“Sheldon led the charge to bring the NFL to Las Vegas,” Gov. Steve Sisolak said Tuesday in a statement. “And largely through his determination and leadership, we are now the home of the Las Vegas Raiders.”

Someone had to be first, someone with extraordinary vision.

Adelson initially pledged $650 million toward the stadium project, which carried enough weight that the Nevada Legislature approved a hotel room tax increase and $750 million in public funding. That’s how much influence Adelson wielded.

“Sheldon was the American dream,” Patriots owner Robert Kraft said. “Whether people agreed with him or not, you can’t say he hasn’t been one of the greatest visionaries. Anyone who’s a Raiders fans should love him if they love that new stadium.

“I don’t think there are many people on the planet as generous as he was. He accelerated the (NFL coming to Las Vegas) and made it happen. One of the most philanthropic people I’ve ever met in my life.”

Adelson would never be part of the final product that is Allegiant Stadium, having withdrawn his financial commitment during Super Bowl week in January 2017.

There are two trains of thought as to why this occurred: first, that NFL owners wanted no part of a deal that included a casino owner as a major investor in the stadium.

Reports at the time suggested Adelson wanted to acquire a path to a controlling interest in the Raiders. He denied as much, saying he wanted no stake in ownership and understood such a request would be a deal breaker.

More likely, as Sisolak intimated at the time in his position as Clark County commissioner, Adelson and Davis couldn’t come to a deal on revenue sharing and how the casino owner would recoup his investment.

Adelson reportedly wasn’t a fan of the deal’s finer details. He just never believed enough was coming back on his end. As things stood at the time with the Raiders, continuing forward didn’t seem at all reasonable.

The Raiders eventually would replace the $650 million lost when Adelson pulled out through a loan from Bank of America, which had served as the team’s financial institution for decades. The project moved forward, and ground on Allegiant Stadium was broken in November 2017.

“With the passing of Sheldon Adelson, the world lost a visionary, leader, statesman and philanthropist,” Davis said in a statement. “Whether it was revolutionizing the convention business, bringing excellence to the hotel and hospitality industry, being a king maker on a global scale or building the most magnificent stadium right here in Las Vegas, Sheldon made dreams come true … the debt we owe Sheldon Adelson will never be forgotten.”

If you happened to drive past Allegiant Stadium on Tuesday and looked to the marquee, you would have seen a picture of Adelson. Such a tribute makes sense.

He was the force behind it. It doesn’t happen without him. It’s never built.

The Pahrump Valley Times is owned by the family of Sheldon Adelson.