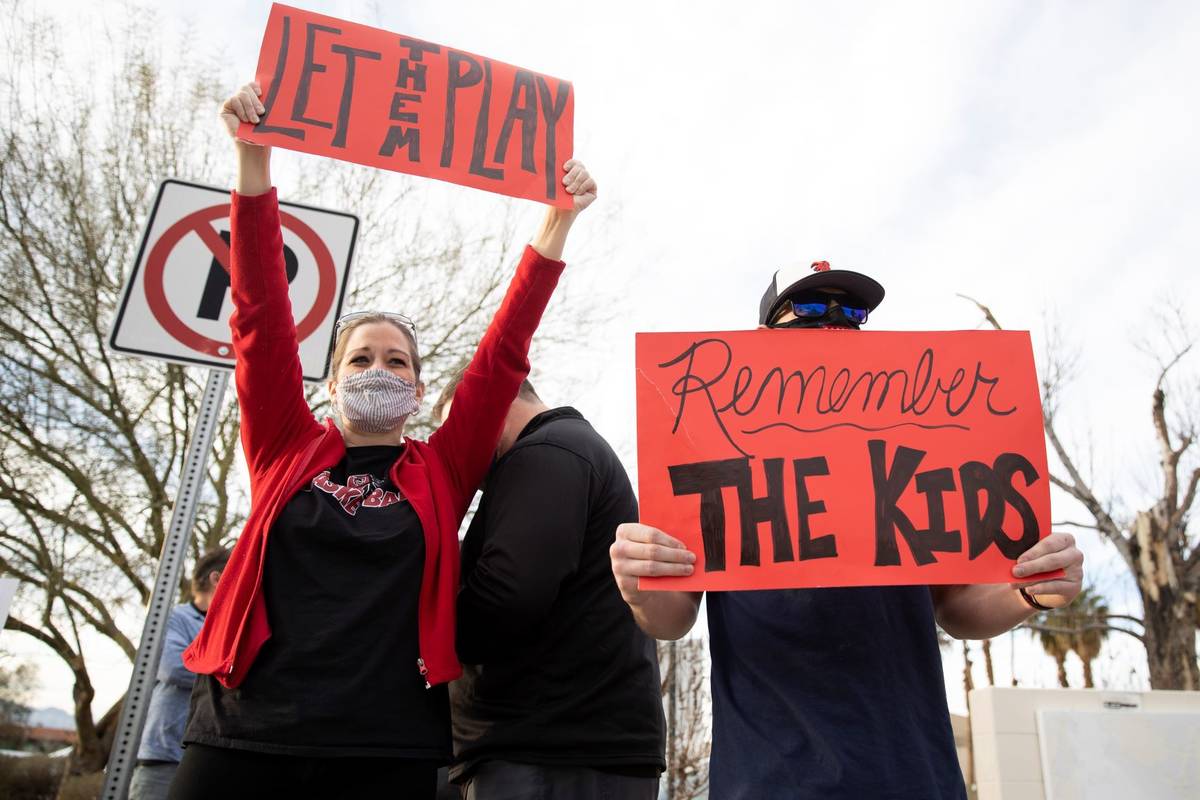 Jara has consistently said athletics will not be allowed to resume for CCSD member schools until students are back doing some form of in-person learning. Prekindergarten through third-grade students will begin a hybrid learning model March 1, but there is no timetable for other grades.

CCSD sat out the winter sports season and is the only one of the state’s 17 districts to have decided not to bring back the fall season, which is set to begin March 5.

“We’ve been having finger-pointing on who’s holding it back, and it’s clear it’s Jara,” said Anna Binder, the mother of six children in the district. “With anything you want to see change, you have to get out there.”

A rally is set to begin an hour before Thursday’s 5 p.m. board meeting.

Tara Perez, the mother of two high school students, has been active on the Let Them Play Nevada social media sites. She posted a flyer on its Facebook page for students and parents to get their car windows painted at Lorenzi Park.

Parents have flooded the public comment segment of the past two meetings with pleas for Jara to reconsider his stance on resuming sports or at least to add an agenda item for it to be discussed in the next meeting.

So far, neither has happened.