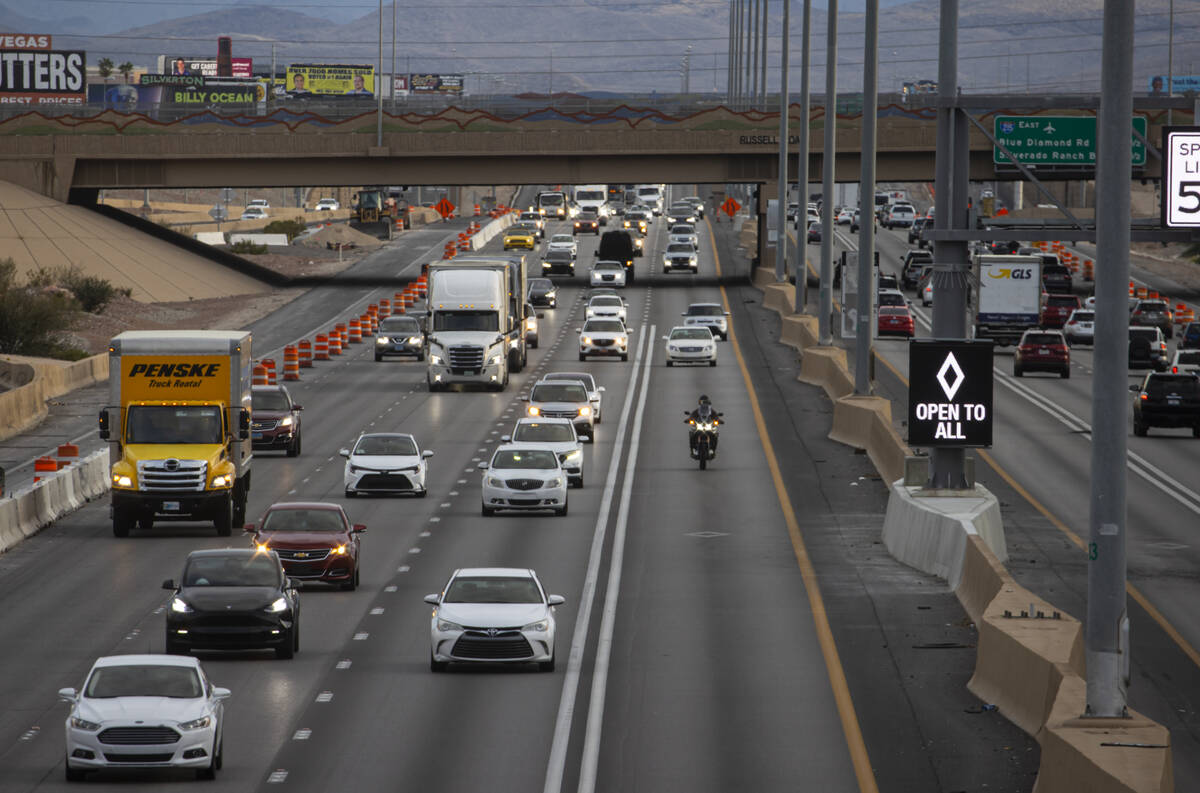 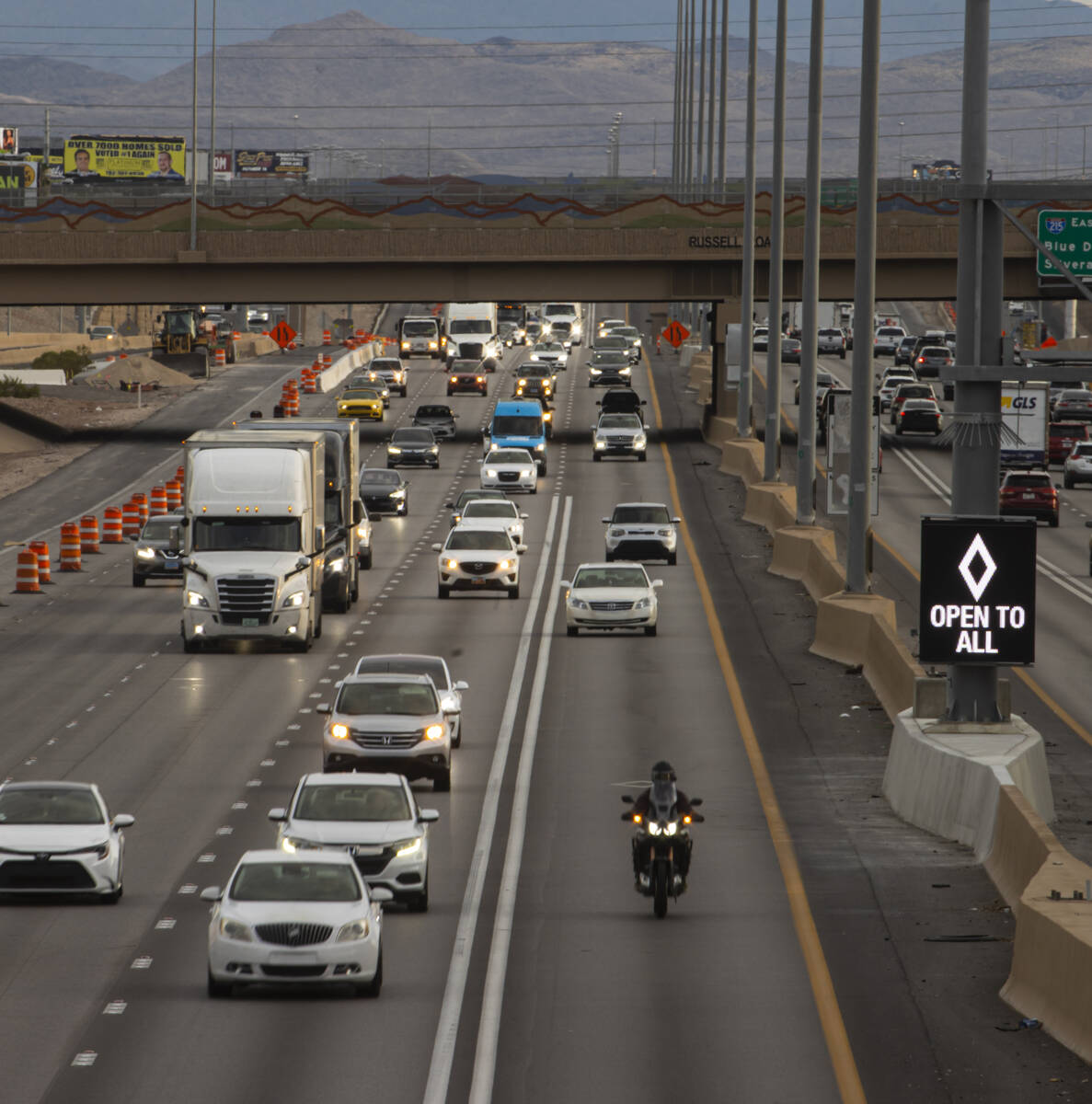 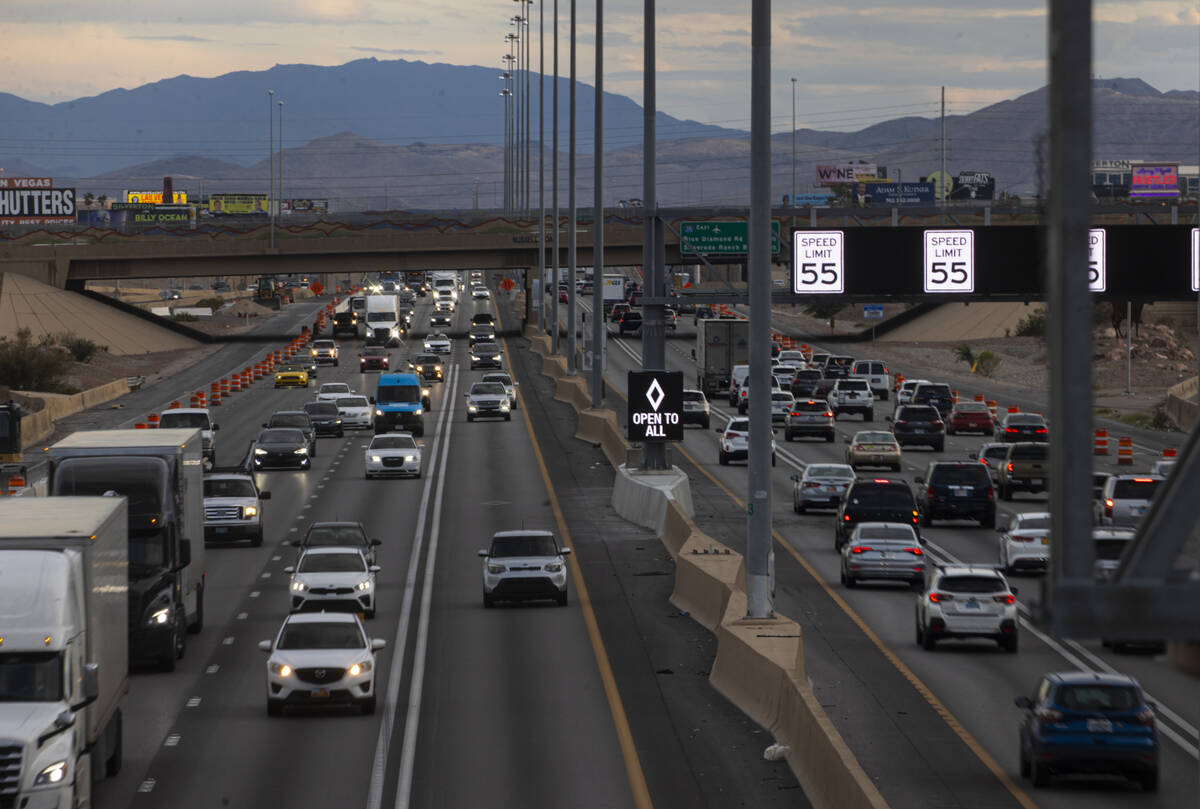 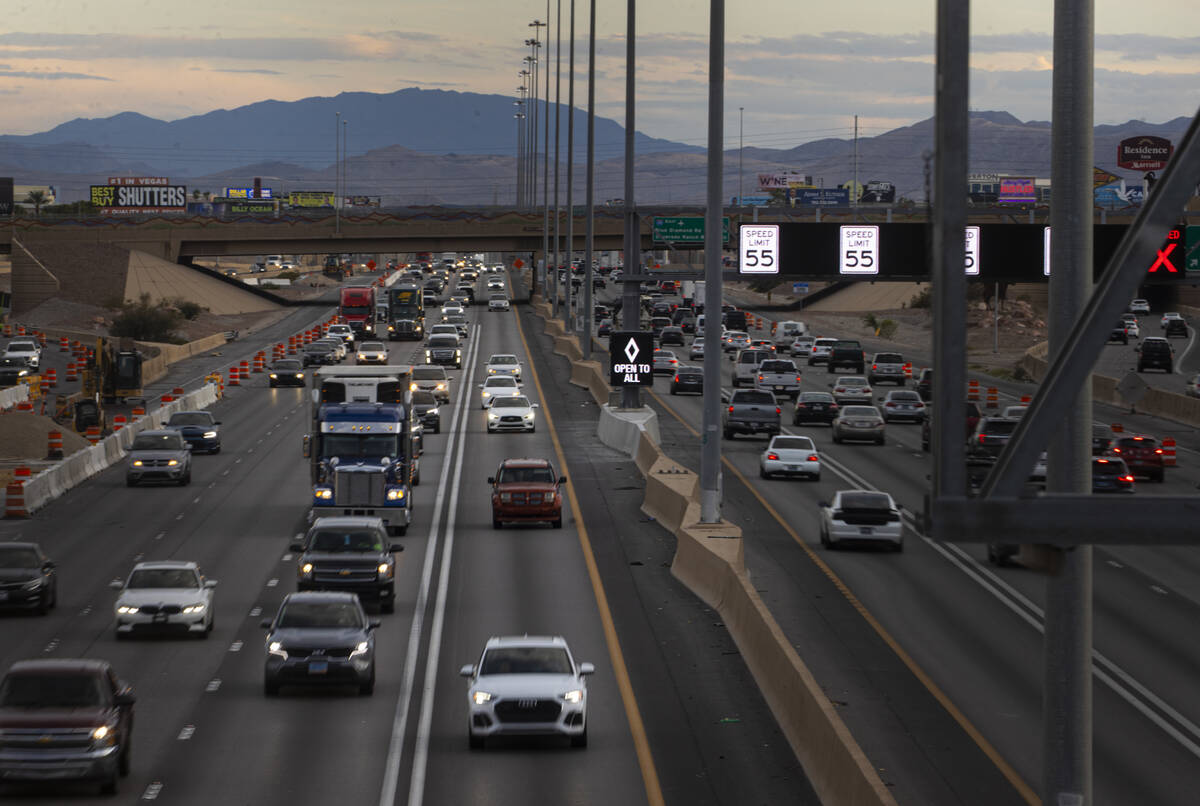 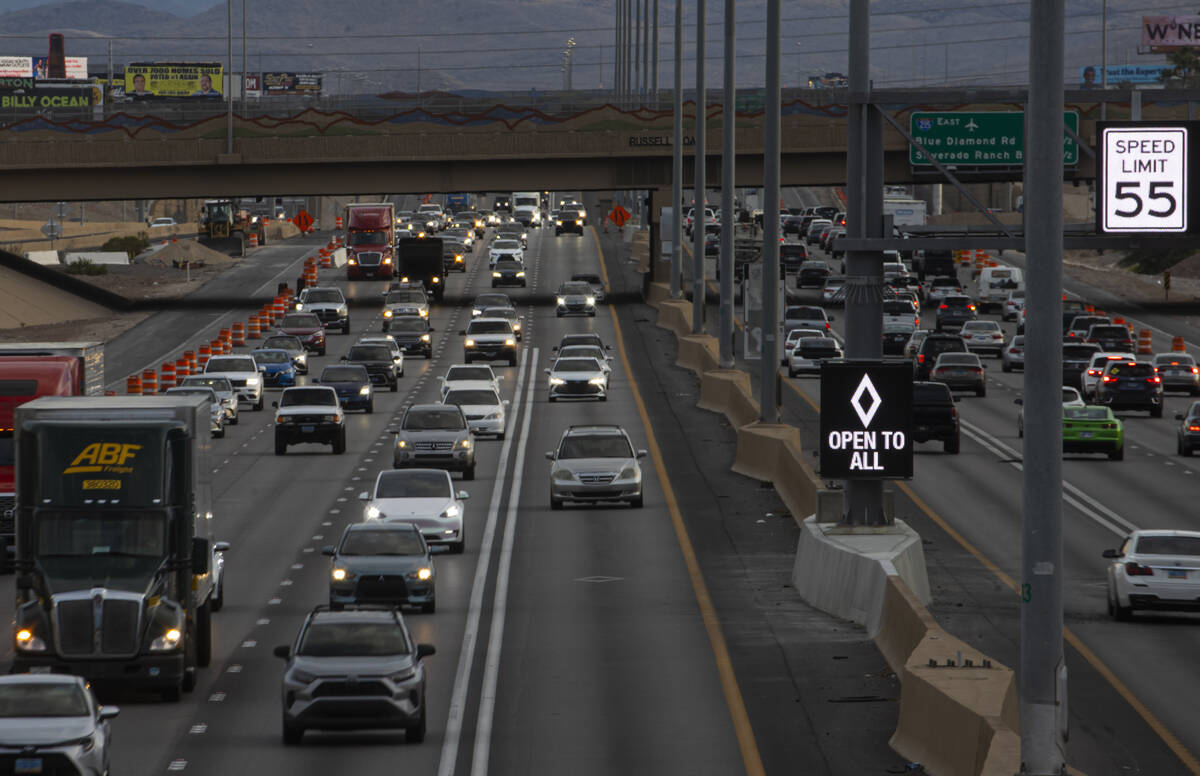 Beginning later this month, carpool lanes in Las Vegas will be open to all motorists during overnight hours.

As part of an 18-month pilot program, the HOV lanes along portions of Interstate 15 and U.S. Highway 95 will be open to all drivers from 10 p.m. to 5 a.m. daily beginning Oct. 24, Nevada Department of Transportation Director Kristina Swallow announced Monday.

Currently vehicles using the HOV lanes at all times are required to have two or more passengers.

“The pilot hours of operation are one way NDOT has worked hard to listen to the public and find ways to improve the HOV lanes in Southern Nevada,” Swallow said. “These modified hours are based on data collected from cutting-edge traffic system technology, and we look forward to evaluating the effectiveness of this pilot over the next 18 months.”

Preliminary data collected from a multiyear study in Southern Nevada showed traffic volumes on I-15 increase around 5 a.m. each day of the week and stay high until dipping between 8 p.m. and 10 p.m. nightly, Swallow noted.

“We found Southern Nevada does not have the typical commuting bump that most communities do,” Swallow said. “Anyone that’s driven in Southern Nevada knows that the traffic at 3 p.m. can be just as bad as traffic at 7 a.m., and our data shows that.”

NDOT decided to keep the times the lanes will be open to all users the same on weekdays and weekends to avoid any confusion among motorists.

A stretch of the carpool lanes on both sides of I-15 between Warm Springs Road and Tropicana Avenue are already open to all motorists due to road work tied to the I-15/Tropicana interchange project. Those will be used as general purpose lanes for over a year, as traffic on the freeway is set to be heavily impacted by the $305 million project.

The 24/7 regulations were instituted in 2019 when Project Neon was completed. That massive yearslong project added HOV lanes on I-15, which connected to those already located on U.S. 95. There are now 22 continuous miles of HOV lanes between the two freeways, stretching from Silverado Ranch on I-15 to Elkhorn on U.S. 95.

Many motorists were irked when the new regulations went live in 2019 because they changed the hours of enforcement. Previously, the regulations were enforced only along U.S. 95 during peak morning and evening traffic hours on weekdays.

One Las Vegas motorist admitted to regularly disregarding the enforcement and using the HOV lanes as a solo driver without being cited.

“Carpool lanes are an absolute waste of the taxpayers’ money,” said Scott Treadway in an email.

Shortly after the enlarged HOV lane system went online, NDOT addressed other complaints by revising the entry/exit points of the lanes.

NDOT will continue to monitor the HOV lanes during the pilot study and said it will make any changes that data proves will benefit motorists.

“We’re going to get reports roughly every three months on how it’s working,” Swallow said. “If we see a significant degradation in the safety of the network, we will roll it back (to 24/7 regulations). If we see there might be opportunities to adjust further, we may adjust further. But we’re working on making sure we’re consistent and we’re providing a network that meets the goals of the system as a whole.”

Part of the pilot study involves the installation of sensors that can detect how many occupants are in a vehicle in the HOV lanes to determine how often they’re being used by single occupant vehicles. Those sensors were recently installed but have yet to begin tracking vehicles to collect data for the study.

“The new sensors are still being calibrated to ensure the most accurate count,” said Justin Hopkins, NDOT spokesman. “Based on previous data collected, we believe an average of around 15 percent of vehicles are not meeting HOV requirements inside those lanes.”

Gov. Steve Sisolak supports NDOT’s program and is behind the data-based process to determine how best to utilize the HOV lanes.

“I appreciate NDOT’s dedication to using data to drive their decision-making around the use of the high occupancy lanes in Las Vegas,” Sisolak said. “Keeping our roadways safe and accessible to Nevadans is our top priority, and I look forward to review data from this pilot program in the future.”

The campaign for his Republican opponent for governor, Sheriff Joe Lombardo, did not respond to a request for comment.