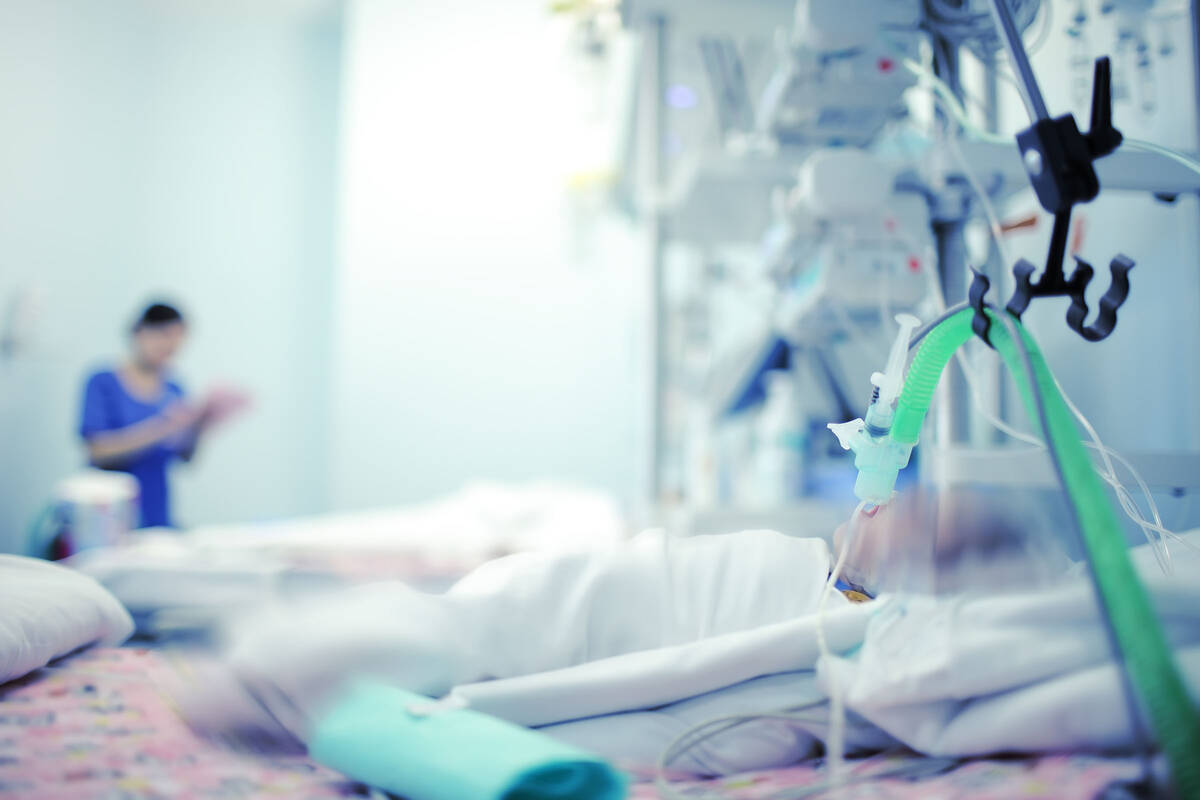 As hospital pediatric units cope with crowding and crisis staffing levels, the Nevada Hospital Association has called upon the governor’s office to help expand services for children.

“Normal service levels are disrupted, and currently no immediate solution is available,” the hospital association said in a weekly report. “Nevada is not unique in this situation, making patient transfers to neighboring states difficult, as no beds at those hospitals are open.”

The association said it is working with Gov. Steve Sisolak’s office to address the issue.

It has requested authorization for hospitals to exceed licensed capacity in neonatal and pediatric units. It also has requested a waiver of certain licensing requirements for nurses and respiratory care personnel “so that hospitals can safely staff the expanded areas.”

Nevada is one of a handful of states that do not accept nursing licenses from other states.

The governor can issue an executive order allowing personnel licensed in other states to work in Nevada, as was done earlier in the pandemic, Jeanne Corbit, a representative of the hospital association, said in an email.

The Bureau of Health Care Quality and Compliance, a division of the Nevada Department of Health and Human Services, has the authority to increase license capacity.

Meghin Delaney, the governor’s communications director, said the governor’s office is working closely with the state health and human services agency on the association’s request.

Meanwhile, hospitals are holding patients in emergency departments until a bed is available, mandating overtime and implementing surge plans, the association said.

Staffing is at crisis levels as the demand for pediatric-trained nurses is increasing, the association said.

“The anticipated respiratory therapy and pediatric nurse overtime may increase burn-out among these critical employees in the coming months,” it said.

Representatives of HCA hospitals in Southern Nevada and of University Medical Center confirmed that they continue to care for high numbers of pediatric patients with RSV and other respiratory viruses.

“At this time, we do not need the extra support,” he said.

Although hospitalizations for COVID-19 and flu are increasing, there remains adequate capacity in hospital units treating adults.

Overall hospital occupancy rates are at 71 percent, and 77 percent in ICUs, which the association said means there is adequate capacity to treat any surge in adult patients.