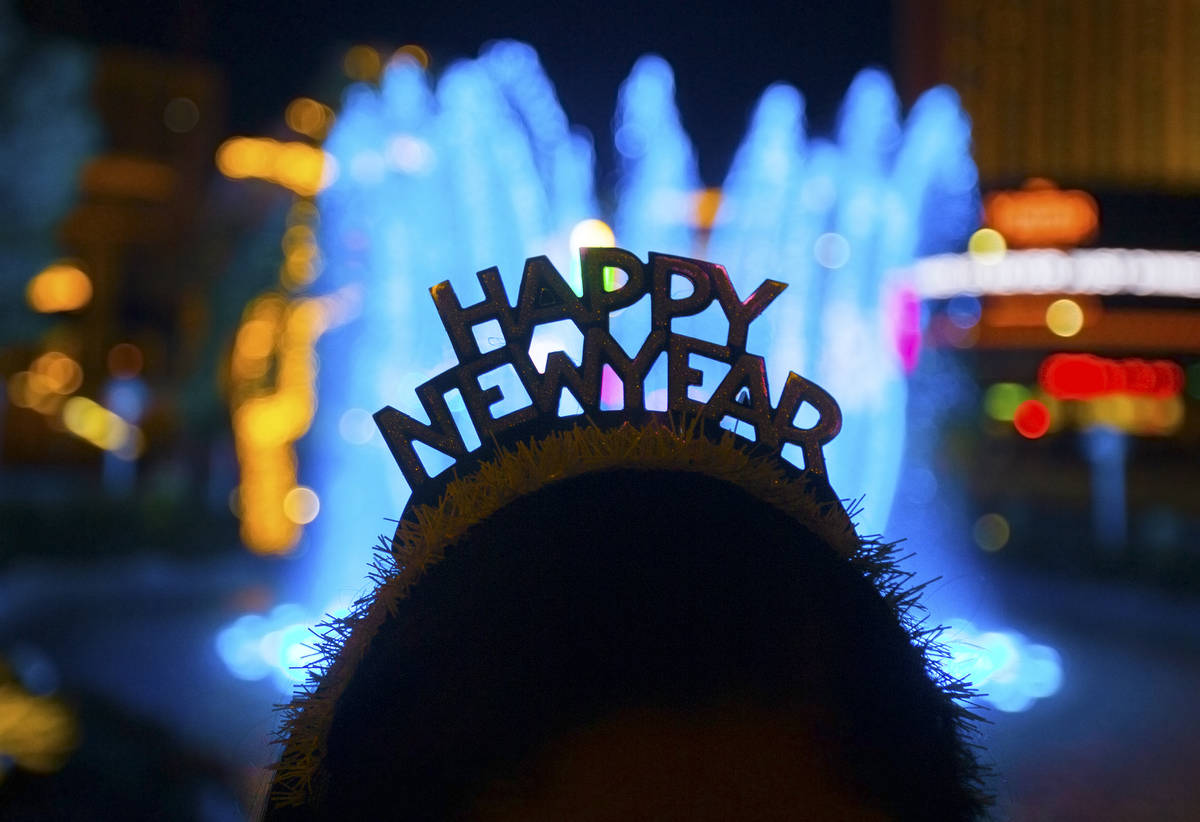 Tourists and locals are expected to brave a raging pandemic Thursday night to end a year of unimaginable crisis with a hopeful eye toward a fresh start and descend on Las Vegas in smaller numbers than normal to celebrate the beginning of 2021.

The usual New Year’s Eve revelry that has long been a hallmark of Las Vegas, an annual punctuation of its robust but dependent tourism economy, is anticipated to be more muted in scale. Several fireworks shows, including the exuberant display on the Strip, have been canceled, and so has the annual party downtown, although the Plaza is planning to shoot off fireworks from its rooftop.

Nightclubs have been closed for months and public events are capped at 50 people or 25 percent capacity, whichever is less, while some hotel-casinos have limited parties to just guests. The newly opened Circa pivoted to only broadcasting a live Zowie Bowie performance that was initially planned to be open to hotel guests.

Bars and restaurants continue to operate under strict 25-percent capacity rules under an extended “statewide pause.”

Gov. Steve Sisolak and other officials urged people this week to reconsider going out to celebrate, while state officials also expressed concern that some 14,000 people expected to visit the Fremont Street Experience in downtown might lead to a surge in new cases. But on Thursday, the Fremont Street Experience announced it would be restricting access to the pedestrian mall to hotel guests only.

In an effort to firmly put the year in the rear-view mirror, the Las Vegas Convention and Visitors Authority will blow up a 2020 sign for viewers to watch online as the clock strikes midnight. The press announcement for the demolition was titled “Las Vegas Tells 2020 to Kiss Off.”

At the experiential entertainment and art complex, Area15, the focus will be on illuminating 2021, with a champagne toast at midnight.

Roughly 1,200 police officers are set to patrol the Las Vegas Strip overnight, about 100 fewer than last year, according to the Metropolitan Police Department. Las Vegas Boulevard will be closed between Spring Mountain Road and Reno Avenue, which is 1.5 miles less of the main thoroughfare blocked off than in prior years.