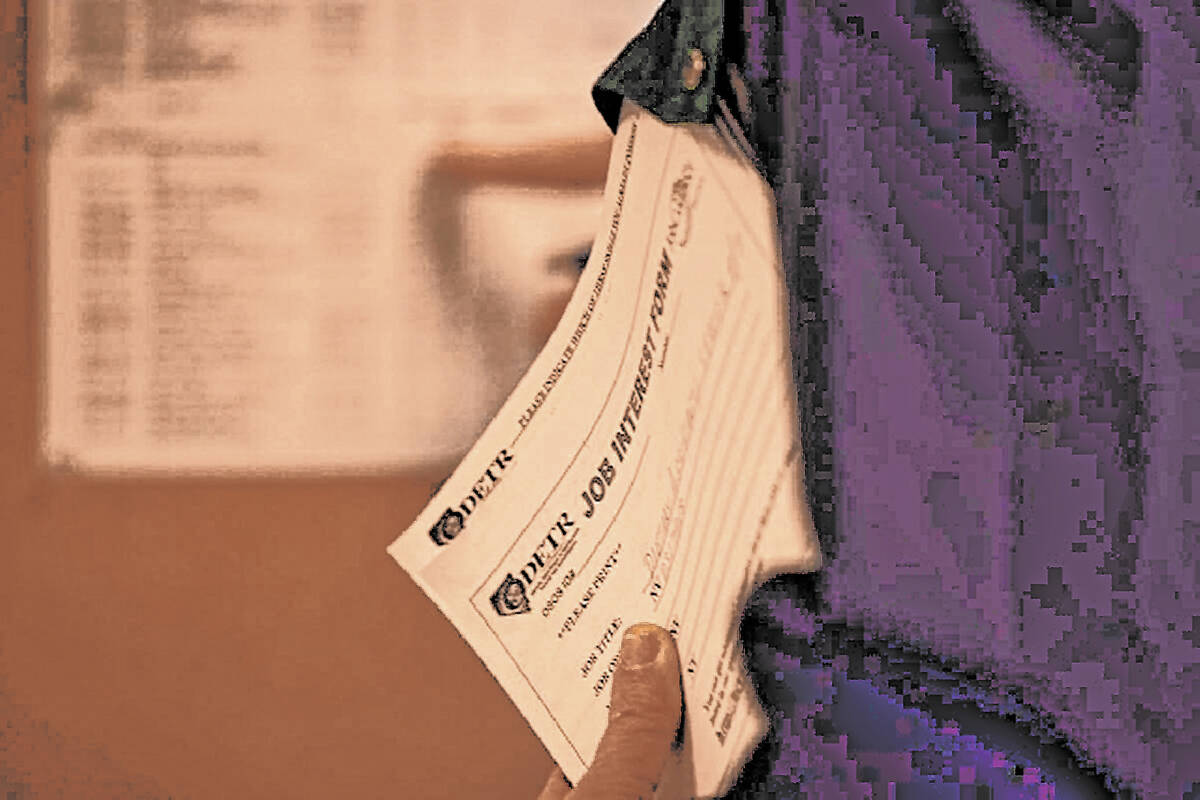 U.S. Bureau of Labor - Nye County posted the highest unemployment rate in Nevada in August, according to numbers released Thursday by the Nevada Department of Employment, Training and Rehabilitation. Data shows 5.9 percent of the county's 17,417 workers — or roughly 1,031 people — were without a job.

Nye County posted the highest unemployment rate in Nevada in August, according to numbers released Thursday by the Nevada Department of Employment, Training and Rehabilitation. Data shows 5.9 percent of the county’s 17,417 workers — or roughly 1,031 people — were without a job.

After two months of blistering growth, Nevada lost jobs in a month for the first time since the state started to rebound from the coronavirus pandemic.

That is a decline of a mere 0.05 percent from July, but it is the first time the number of jobs in the state declined in a month since employment bottomed out in May 2020.

The number has steadily risen since, hitting an all-time record of 1,454,100 jobs (seasonally adjusted) in June, surpassing the statewide number from before the start of the pandemic. Nevada added another 7,700 jobs in July to push the total to 1,461,800.

The unemployment rate in August stayed steady at 4.4 percent, down 1.6 percentage points year over year.

David Schmidt, chief economist for the DETR, said a leveling off could be expected after the strong results of June and July.

“Looking back through the last couple of decades, any time that we have really strong monthly gains, over a couple of months in particular, it’s not unusual to have a month where the estimates kind of revert back to the mean a little bit,” he said.

Schmidt said he was encouraged that the unemployment rate remained steady despite a small increase in the labor participation rate.

Schmidt said he would have to see more negative months before becoming concerned about the job market. He said that job numbers can be expected to level off now that Nevada has recovered all the jobs lost during the pandemic.

“I think that’s to be expected because we are shifting, in a way, away from getting the jobs back to trying to grow beyond the total number of people that we had working even before the pandemic,” he said. “And that’s kind of harder territory to push into.”

Schmidt said the leisure and hospitality sector, which includes casinos, continues to lag behind other sectors, with about 30,000 jobs still not recovered from the pre-pandemic peak.