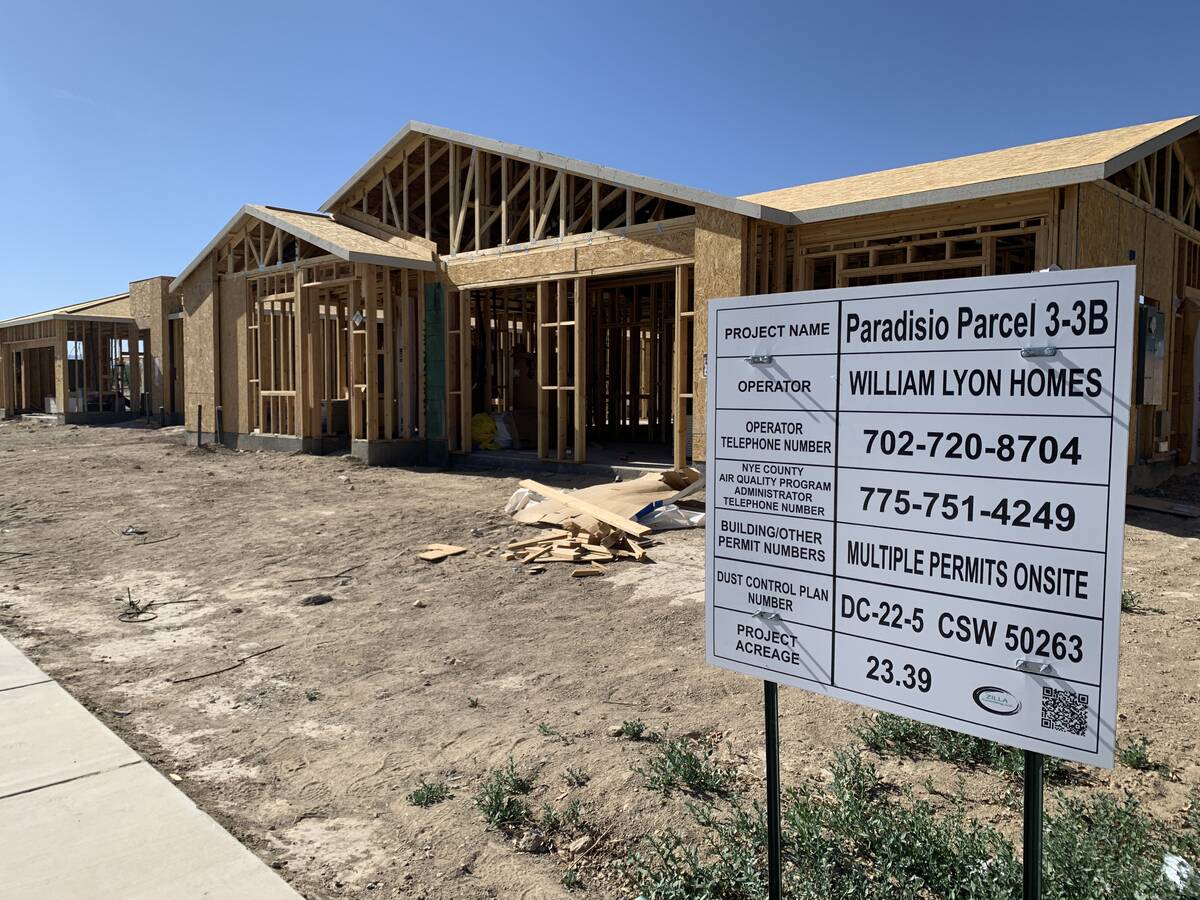 (Brent Schanding/Pahrump Valley Times) New homes under construction on Tuesday, May 17 on Splendido Boulevard in the Mountain Falls community of Pahrump. The community had 17 new home sales in the first quarter of 2022, down from 23 in 2021. 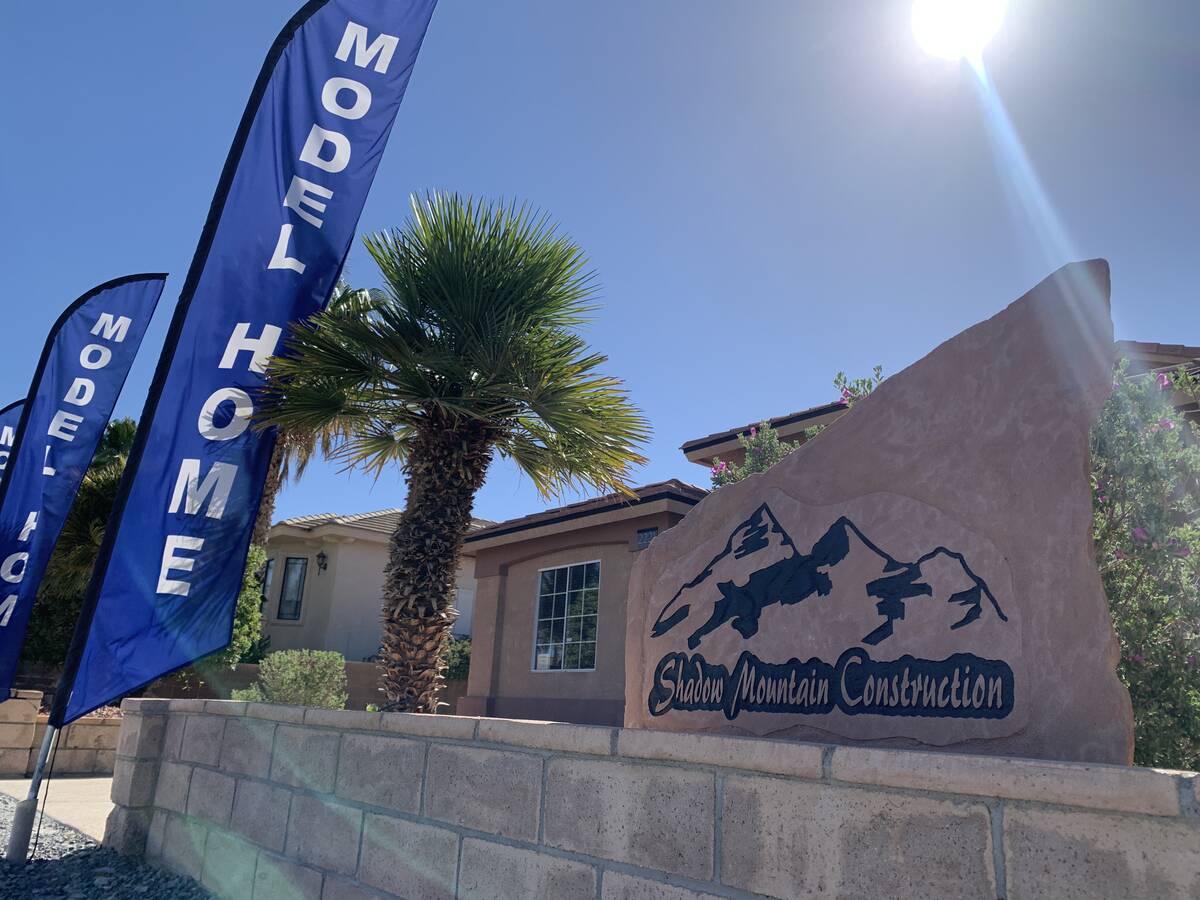 (Brent Schanding/Pahrump Valley Times) Shadow Mountain Construction LLC advertises its model home on South Winery Road in Pahrump. After a slow first quarter, home sales are projected to pick up in Pahrump in 2022, with projects from D.R. Horton, Richmond American and Taylor Morrison in the works.

Lennar leaped to the top spot in the builder rankings as overall net sales recorded their second highest total during the first quarter since 2018, as the northwest valley led the way in new-home sales and prices continue to set records.

“Builders will tell you the numbers can be higher but they’re restraining themselves because they can’t meet demand on production,” Smith said. “It’s more of a point of how strong things were at the beginning of last year and not something bad brewing in the market right now. With the decreases, it’s almost strictly a factor of not being able to keep up with demand with lot replacement. A lot of builders don’t have the lots on the books to replace what’s been selling out over the last two-plus years.”

For more than a year, however, builders have been assembling parcels at in-fill areas and even knocking down older homes, Smith said during his annual webinar to the homebuilding industry.

“It doesn’t seem like a big deal, but it’s something we didn’t see in Las Vegas until now,” Smith said. “The land acquisition department is finding ways to assemble pieces next to each other with different owners and making it work because there are not a lot of options.”

But Smith said homes sales in Pahrump will increase in 2022 with projects from D.R. Horton, Richmond American and Taylor Morrison.

“I’m not seeing anything going yet in the outlying areas, but I know with affordability concerns, there’s definitely interest and people looking,” Smith said of other potential areas in Southern Nevada.

According to real estate aggregator, RocketHomes there were 616 homes for sale in Pahrump in April. The median price was $355,300.

Mountain’s Edge had no sales after 28 a year ago.

Rhodes Ranch had none after eight a year ago.

Southern Highlands had none after 38 a year ago.