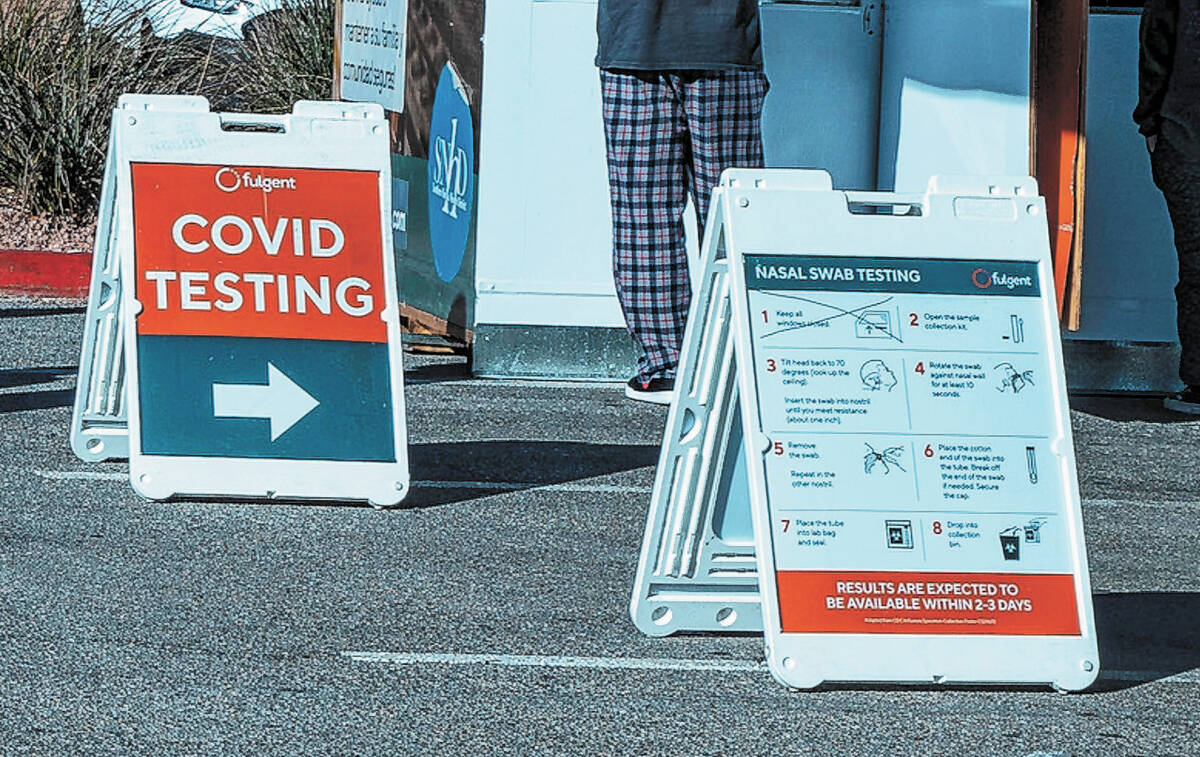 Cases and hospitalizations dipped for the eighth straight week, with deaths also dropping, according to data from the Nevada Department of Health and Human Services. However, the downward trend shouldn’t keep eligible individuals from getting an updated booster, one local health official said.

“The importance of trying to get it now is to help prevent a surge of cases in fall and winter,” said Dr. Cort Lohff, chief medical officer for the Southern Nevada Health District.

The updated boosters developed by Moderna and Pfizer-BioNTech were formulated to fend off omicron subvariants currently in circulation, as well as the original strain of the virus. The Centers for Disease Control and Prevention in the next few days is expected to recommend who should get one of the updated boosters. They could then become available in Clark County as soon as next week, Lohff said. It’s unclear when Nye County could receive shipments.

Meanwhile, confirmed and suspected COVID-19 hospitalizations, considered one of the best indicators of disease trends, fell to 183 from 191, according to state data.

The seven-day average for daily new confirmed cases in Nye County was 10. No new deaths were reported during that time.

Statewide, cases fell to 246 from 277. The 14-day average for daily deaths — a disease indicator that lags behind cases and hospitalizations — numbered one for the second straight week.

For the third week in a row, the Centers for Disease Control and Prevention has designated every county in Nevada as having low levels of COVID-19 based on case numbers and hospitalizations. Utah and Massachusetts are the only other states with every one of their counties at low levels. Nationwide, 27.5 percent of counties have low community levels, 43 percent medium, and 29.5 percent high.

Brian Labus, an assistant professor of epidemiology and biostatistics at UNLV’s School of Public Health, has said that Nevada was one of the first states to experience this summer’s surge and, in turn, saw the surge begin to subside before many other states.