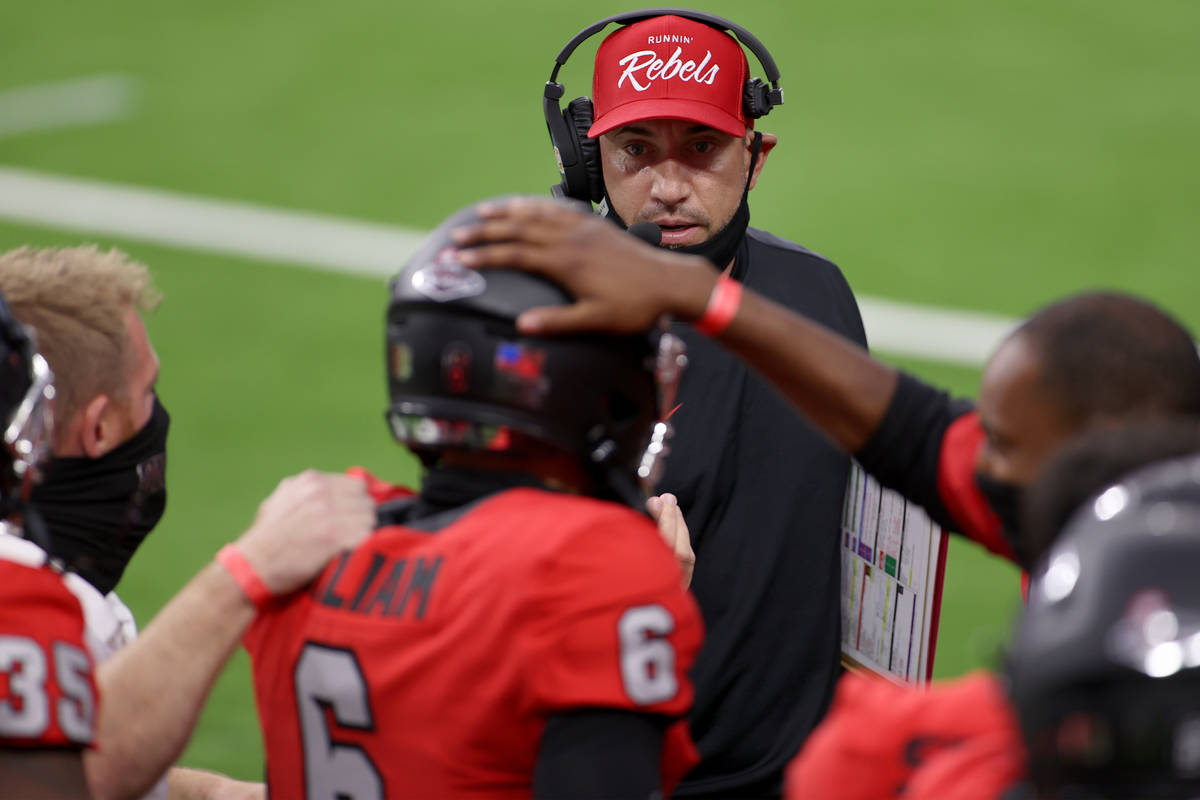 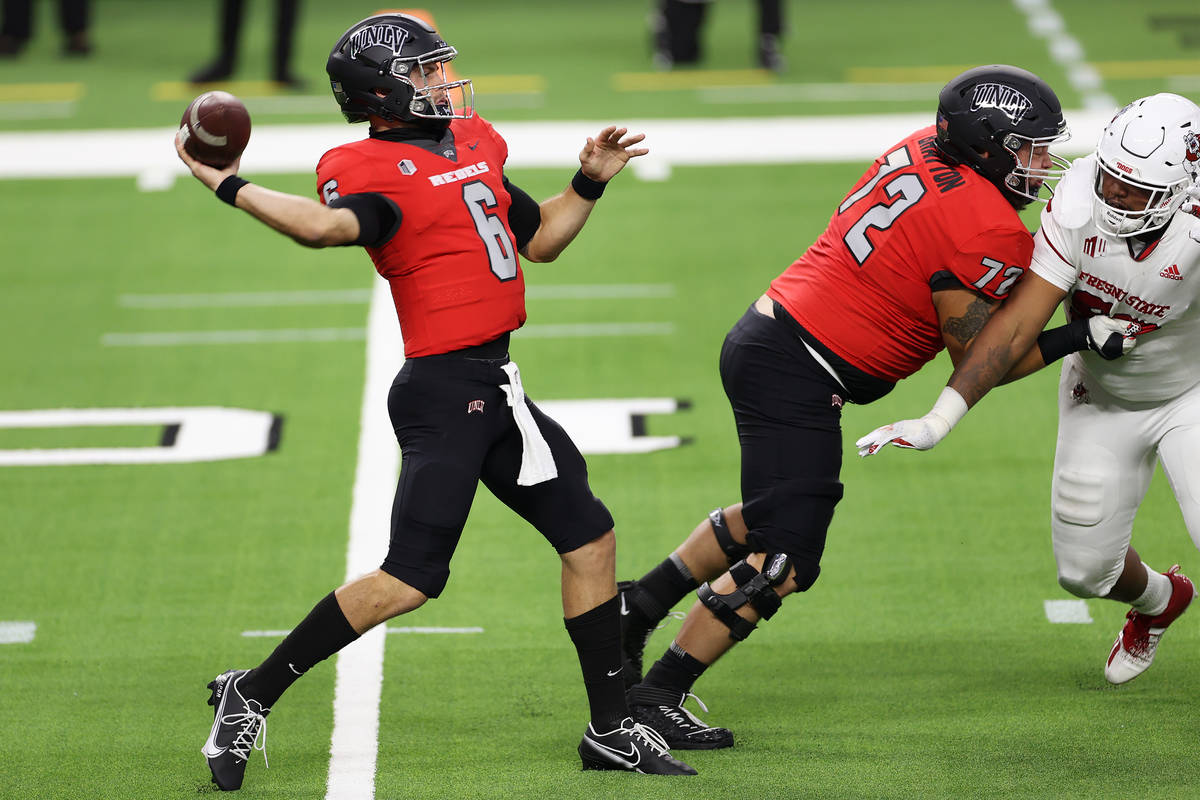 When last Saturday’s football game between UNLV and Colorado State was canceled, the Rebels didn’t look at it as a week off. Instead, they went right back to work on the practice field.

The problem was they were severely limited in what they could accomplish, given the number of players who were out. With the four players who tested positive for COVID-19 and the resulting contact tracing, UNLV was down “about 49 guys,” coach Marcus Arroyo said Monday.

The Rebels had one of the players who tested positive and some others back for practice Monday as they began preparing for their game against Wyoming at 1 p.m. Friday at Allegiant Stadium.

Even with those returning, UNLV is still low on available players, but Arroyo is hopeful the game against Wyoming will go off without a hitch. Wyoming has had its past two games nixed because of COVID-19 concerns in the Air Force and Utah State programs.

Three of the six Mountain West games scheduled for last week were canceled, and 18 were canceled or postponed across the country.

As far as his confidence level that the game will be played is concerned, Arroyo said, “I don’t control that.”

The Rebels are still looking for their first win. The first four opponents have a combined record of 15-3. Two are undefeated: UNR at 5-0 and San Jose State at 4-0.

Because of the timing of last week’s cancellation, Arroyo said, the team didn’t get a chance to work on Wyoming right away.

“We moved forward with working against each other because we hadn’t had a chance to turn over the Wyoming film,” Arroyo said. “A lot of things have to happen prep-wise before you start planning for the next team.”

The Rebels are short on bodies at several positions, so that minimizes the number of reps they’re able to get.

Despite the issues the team has faced since last week’s game was canceled, Arroyo said, the Rebels made progress with the players they had.

“It was another opportunity to work,” he said. “It was another 45 to 50 walk-through and mental reps that guys understand in the infant stages of the program that we need. We’re creating the type of culture and understanding that you can’t just show up.

“You’ve got to take every opportunity to learn mentally, physically and emotionally, so those opportunities are valuable.”